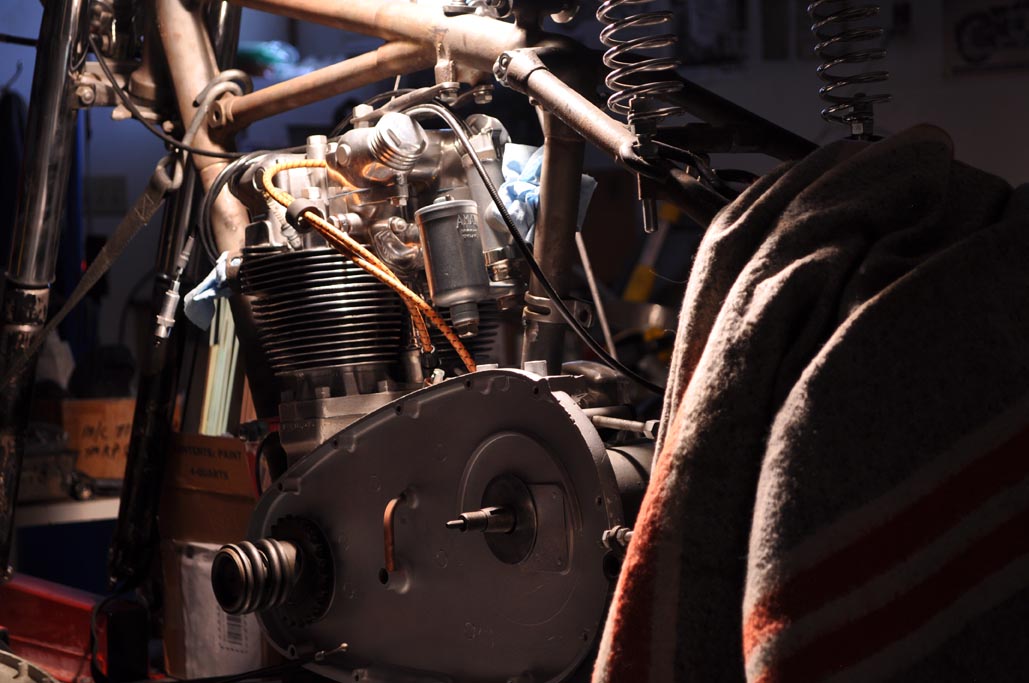 They say it’s easier to start with a complete bike, one that’s at least assembled. But even then, what previous sins of assembly might have taken place?

Basket cases, well, they are another story. I’ve been working on this Triumph bitsa bike for more than two years. It started life as a TR5 bottom end, discovered in a dusty box. No head, just cases and barrels. From there, parts and pieces have come from many different sources, and even though, for the most part, they’re all Triumph, some of the items haven’t wanted to play well together.

A rusty frame from Saskatchewan. A gearbox from Wes at Four Aces. A primary cover rescued from the trash heap (seriously!)

Wheels, forks, and clutches. All have given grief. But, there is light at the end of the tunnel. Here, after rigging up an oil bottle and dribbling some fuel in the float chamber, is proof. Friend John Whitby provided the boot. Click below to view.