Nicholson Bros. Motorcycles — or more appropriately, the T-shirt — has hit the small screen.

A few posts ago I gave credit to the Canadian Broadcasting Corporation for including an early 1970s Norton Commando in their production of the Heartland TV show. And, to give the show some credibility in Season 4, Episode 13 the CBC used a copy of my book Prairie Dust, Motorcycles and a Typewriter. In last night’s Season 4, Episode 16, Ty Borden (actor Graham Wardle) was seen wearing a classic Nicholson Bros. Motorcycles T-shirt in white and charcoal for a couple of moments.

It’s refreshing that the CBC include actual, true-to-life details such as the story of Western Canadian motorcycle pioneers Nicholosn Bros. Motorcycles. Charcoal Nicholson Bros. Motorcycle T-shirts are available in our online store.

Thanks to the CBC for these screen shots. 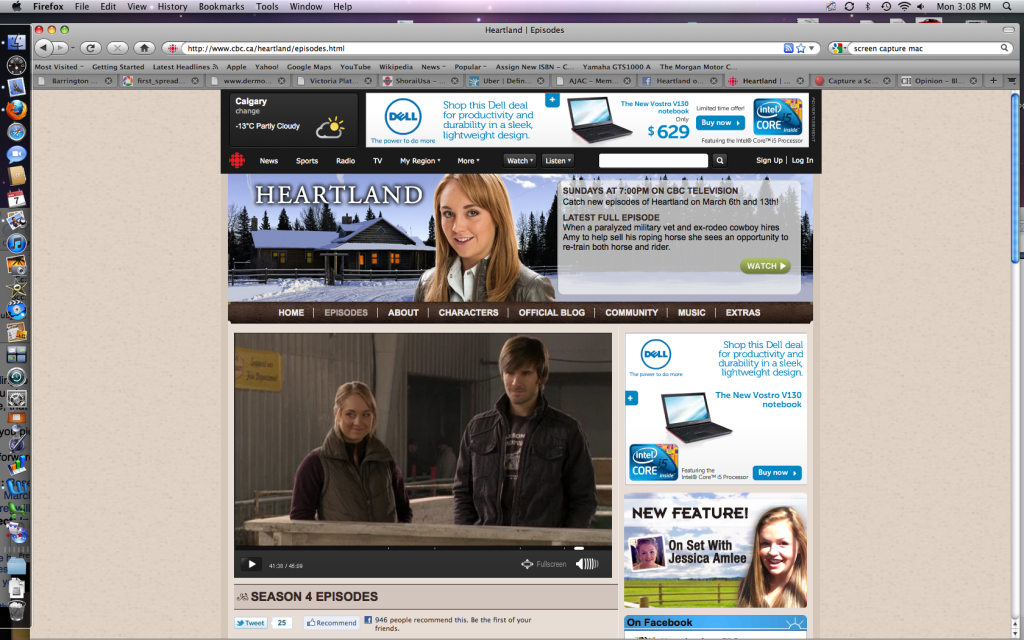 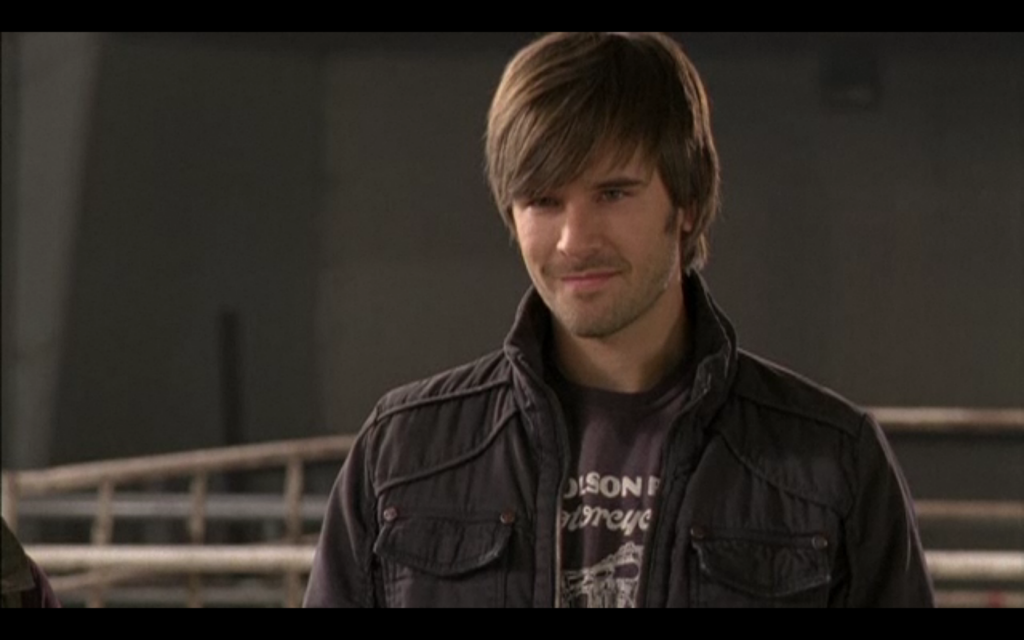 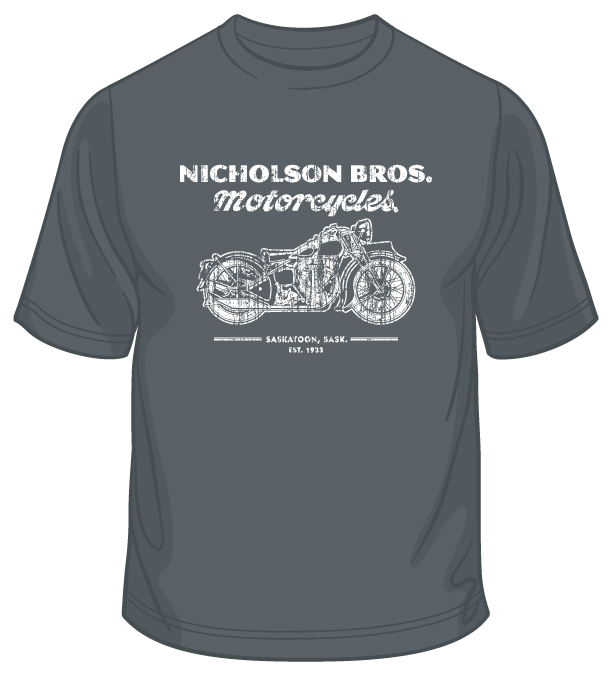 There are not many television shows that feature an old motorcycle in some key scenes. But CBC’s Heartland does.

Here’s how the CBC describes the show: “Set against the stunning vistas of the Alberta Rocky Mountains, Heartland is a sprawling family drama that follows sisters Amy and Lou Fleming and their grandfather, Jack, through the highs and lows of life on a horse ranch.”

In Season 4, Episode 13, Amy and her boyfriend Ty (who owns the Norton) have hit a rough patch in their relationship. Ty (played by Graham Wardle) goes into a funk, and stops attending his veterinary classes at university. So, Jack comes along and tells him to get his act together. What’s great about some of these scenes is the fact that they include Ty reading my book, Prairie Dust, Motorcycles and a Typewriter.

Take a look at these screen grabs, and view the episode (the Norton is used throughout).

How did my book get onto Heartland? One of the prop masters, who happens to own a Norton Commando herself, read the script — which originally called for Ty to be reading a dirt bike magazine. Not likely, she said. If he was interested in Brit bikes, he’d be learning about J.B. Nicholson. She knew Nicholson herself, and back in the 1980s she’d visit him at Nicholson Bros. Motorcycles in Calgary. He sold her parts and gave her advice — and she became a big fan. So, after she read the Heartland script, she spoke up, and suggested they use my book as the prop. The CBC bought Prairie Dust, Motorcycles and a Typewriter, a copy of Modern Motorcycle Mechanics, and a Nicholson Bros. Motorcycles t-shirt. 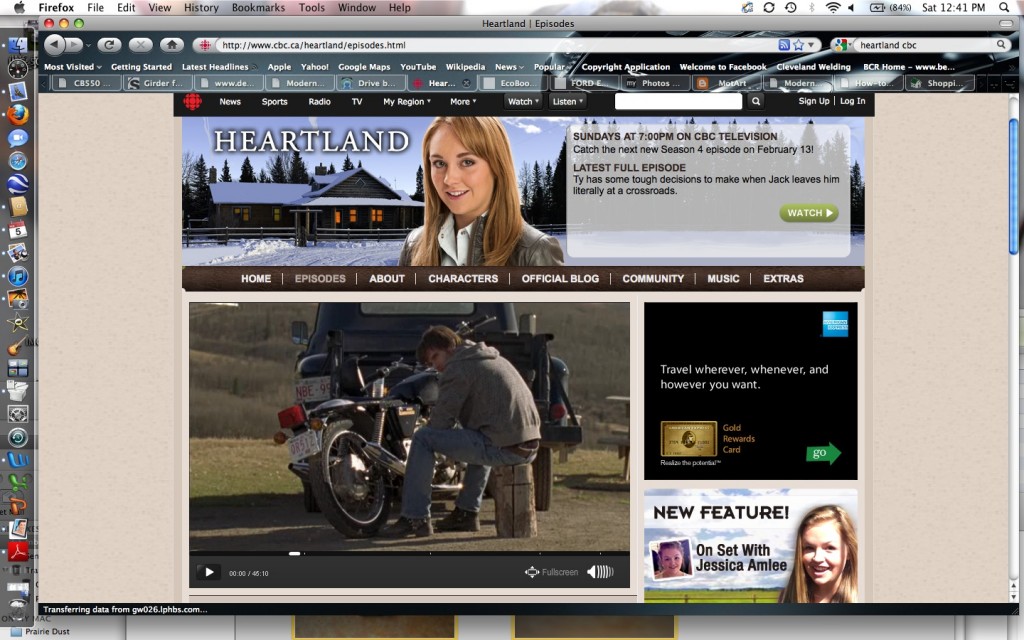 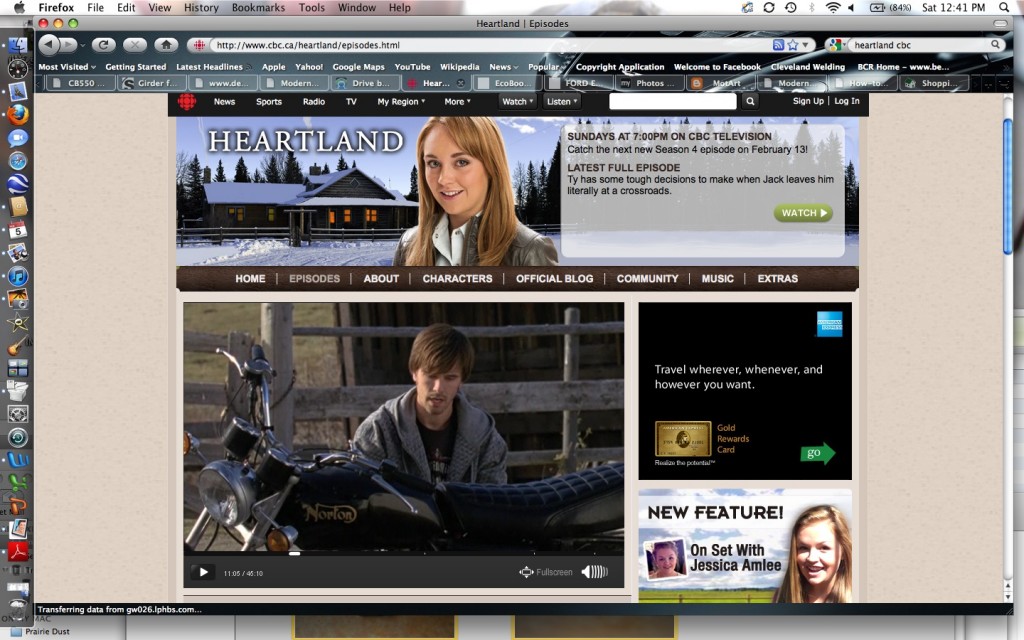 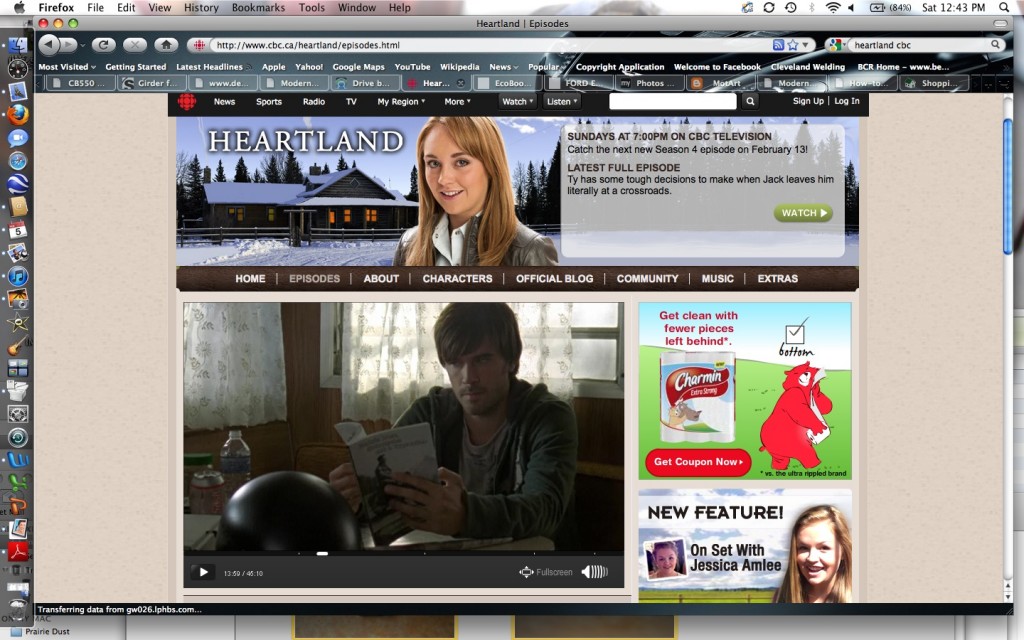 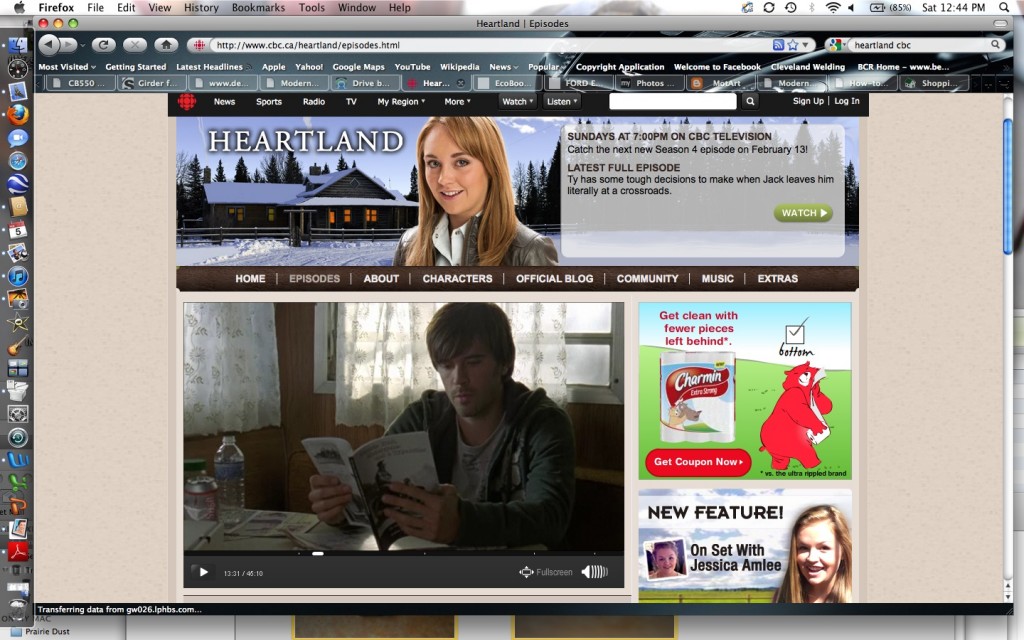