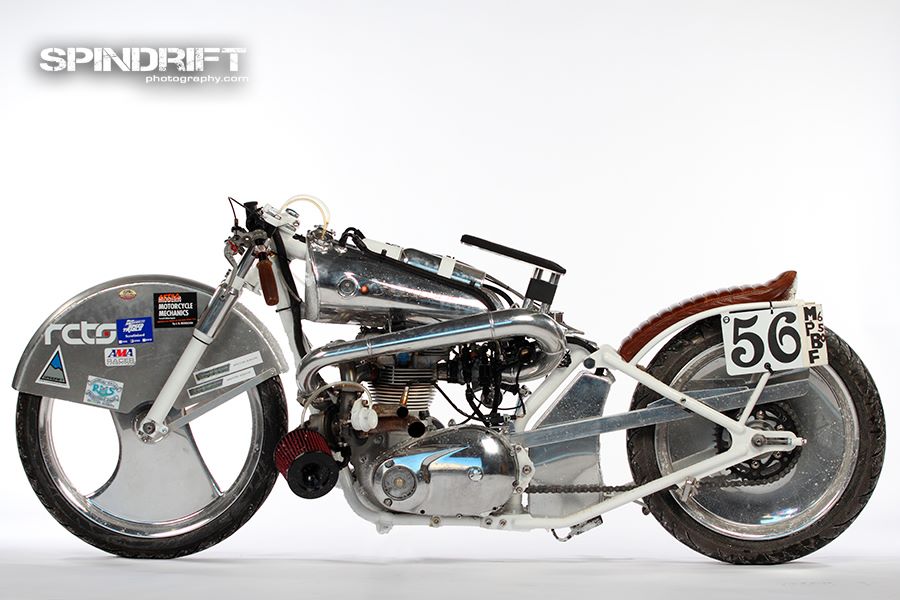 Too much sodium is detrimental to our health.

Yet, a growing number of Calgarians have a penchant for salt.

But it’s not the tabletop variety that’s got local gearheads revved up. It’s the flat and level ground in Utah at the Bonneville Salt Flats.

For decades, speed junkies from around the world have traveled to the flats with their custom-built hotrod cars, trucks and motorcycles. On the dry lakebed, these enthusiasts attempt to set land speed records.

This year several teams from Calgary visited the salt, including one that’s been going down for the better part of a decade (Ted Allan and North of 49), one with three years experience (Gord Driedger), and another getting their first taste (Derek Pauletto and Team Trillion Industries).

There were other teams from the city, but we’ll focus on these three.

This was Ted Allan’s best year ever.

In 2002, Allan and the North of 49 team took a heavily modified 1928 Model A Roadster pickup to the salt, where the truck was competing in the ‘B’ street roadster category. Powered by a 427 c.i. (7.0-litre) big block, naturally aspirated Chevrolet engine the roadster was fast, putting Allan and the team past the 321 km/h (200 mp/h) mark.

Somewhat dejected, he began to question the aerodynamics of the old Model A pickup.

“That’s when my wife said, ‘If you’re going to think about building a new car, I’ll buy the body and the metal for the chassis’,” Allan says. 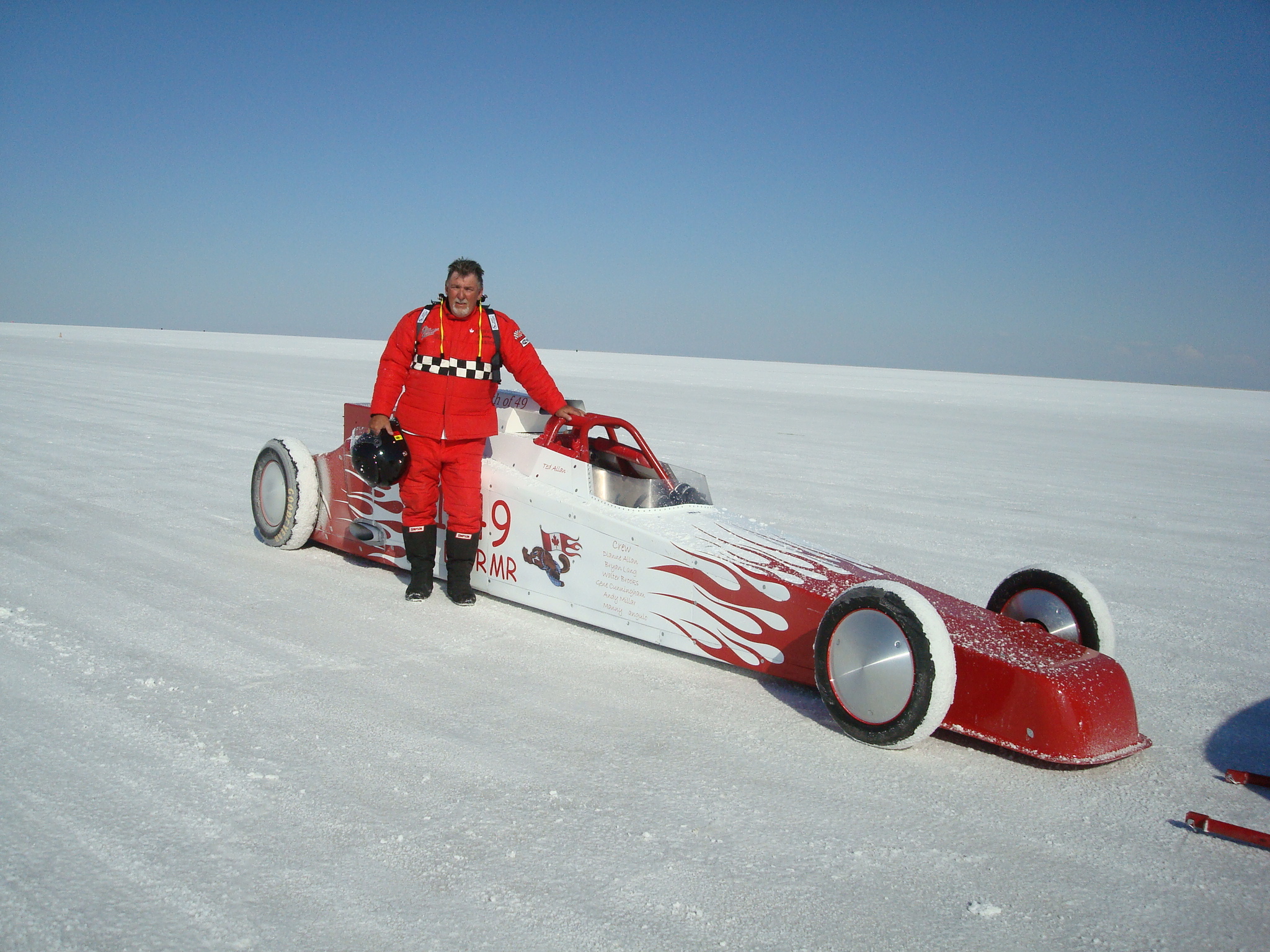 That perked him up, and he decided to create a rear engine modified roadster using the Chevrolet engine from the pickup. Construction started October 2010, and a running vehicle was ready for Speed Week in August 2011.

With the engine behind him, and a longer and more aerodynamic body in front of him, Allan was confident he’d be faster.

And he was. Putting a new car on the salt, he had to run the shorter 4.83 km (3 mile) course before being allowed on the longer 8.05 (5 mile) track. Right off the trailer, on a shakedown run, Allan qualified for a record, backing it up with a record-breaking run with an average of 370.1 km/h (230 mp/h) in the B/GRMR (B=engine less than 439 c.i./Gas Rear-engine Modified Roadster) class.

Nobody beat that speed by the end of 2011, and the team became world record holders.

They returned the engine to its original state, but swapped out the automatic transmission for a standard gearbox. Again, right off the trailer in Utah, Allan set a record of 387.5 km/h (240.8 mp/h) in the Fuel class –without the help of third gear.

Allan was shifting first, second and to fourth, as the gearbox was jumping out of third.

“Our learning curve was a bit bumpy,” Allan says of his years on the salt. “And now, I’m just mulling my options about what’s next. But we’ll be back on the salt, that’s for sure.”

Another Calgary salt flat competitor, Gord Driedger, bought a 1953 Studebaker coupe out of California in 2010. The car had been built as a racer, equipped with a flathead Ford engine.

Chopped and channeled, the Studebaker has just 76.2 mm ground clearance. Front fenders and hood are fibre glass; the rest of the car is all steel. 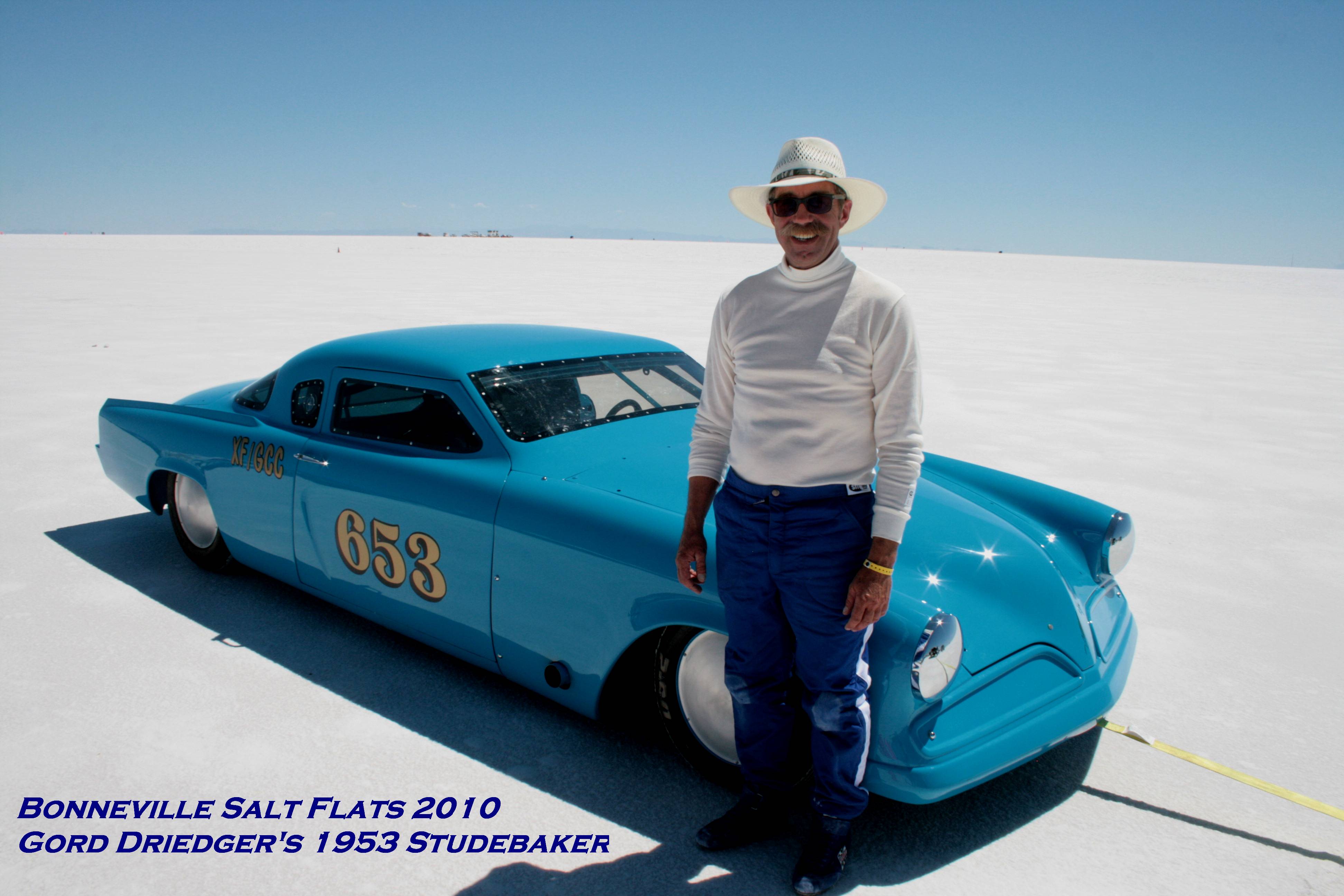 He went down in 2011, ran very close to 156 mp/h, learned more about the car and the salt, and returned again in 2012. Unfortunately, he didn’t break the record, although he had installed a closer ratio gear set.

“I’m maxed out at horsepower, and that’s as fast as I’m going to go in these conditions with that motor unless I make some changes,” he says.

Driedger plans to fabricate new ductwork to get cool, fresh air to the engine, and will install a crankcase vacuum pump. The pump will remove excess pressure from the crankcase, thereby making it easier for the pistons to travel on their downward stroke.

“The salt is part of my life now, and I don’t have any plans to quit – there are only so many Speed Weeks left in a guy’s life,” Driedger laughs.

While Allan and Driedger raced Speed Week, welder and machinist Derek Pauletto of Calgary’s Trillion Industries attended BUB Speed Trials later in August. The trials are for motorcycles only.

Pauletto challenged himself, basing the build on the remnants of a 1970 Triumph Bonneville to run in the M/PBF (Modified/Pushrod Blown Fuel) class. He used the front frame loop, fork and engine of the Triumph, but everything was heavily modified. Pauletto designed and built the custom rig, but had plenty of help putting together and tuning the engine.

Basically, he took antiquated British engineering and pulled it into the 21 st century, outfitting his 650cc racer with current technology. He installed an aftermarket turbo for a 1.8-L Audi car, and modified throttle bodies from a 2003 Honda CBR for fuel injection. Custom cams, pistons and crankshaft went in the Triumph cases, and an HKS F-Con V Pro fuel management computer system was tricked into thinking it was running a two-cylinder Toyota Supra. That work was thanks to automotive computer tuning gurus Reg Reimer and Chris Hart of Calgary-based RCTS. 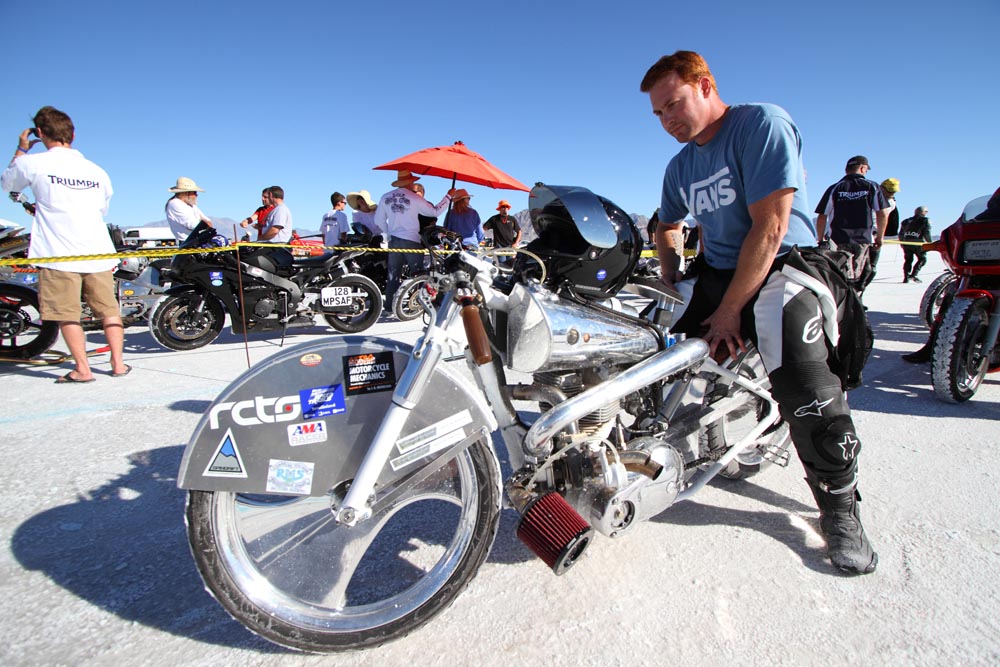 Pauletto and crew got the bike to start on Thursday, August 23, ran it on the dyno on August 24, and were on their way to the salt flats at 8 p.m. that night to make the Sunday tech inspection.

“Our venture didn’t end on the best note, and we couldn’t make up the stuff that happened,” Pauletto says, and adds, “I definitely grew some grey hair and added a couple of wrinkles, that’s for sure.”

There’s no question he’ll be back, however.

“You get out there and you’re surrounded by the salt – it’s an eerie and surreal place, like nowhere you’ve ever been before,” Pauletto concludes, and adds, “For sure, there’s always next year.” 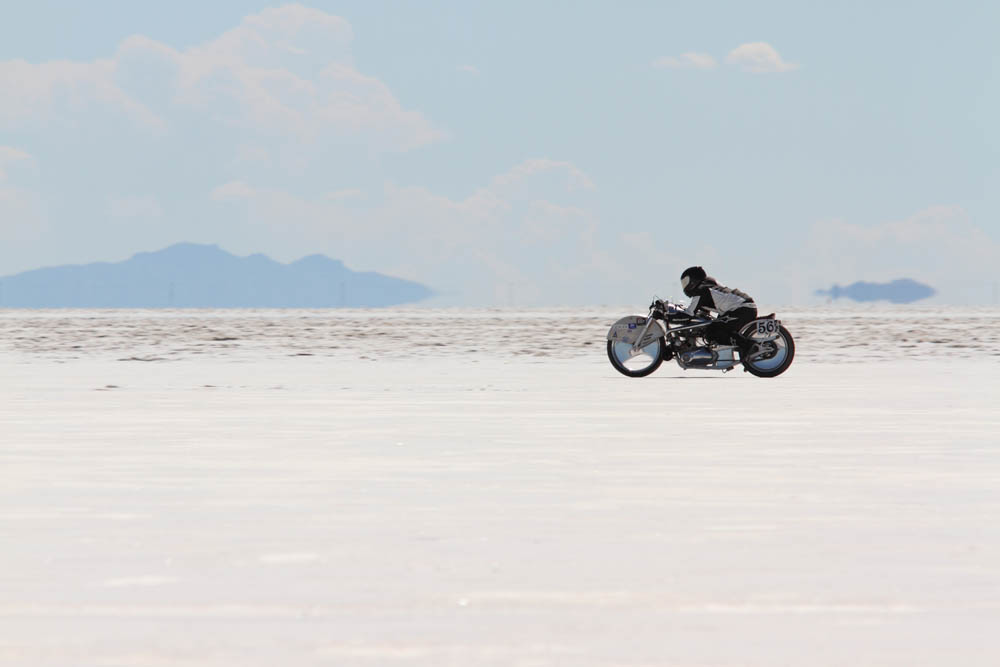 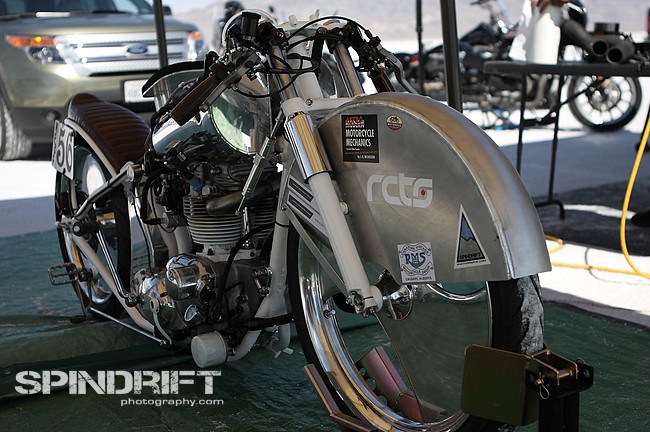