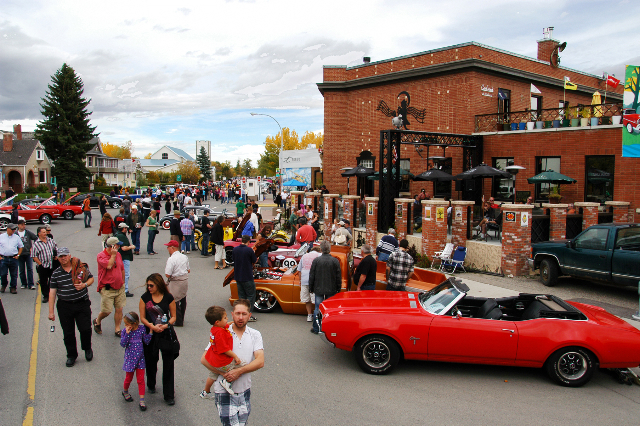 Fall is in the air, and that means the automobile show and shine season is just about finished.

However, before the cars, trucks and motorcycles are stored away for their winter slumber, there is one big show left on the calendar.

What started in 2003 with a show featuring 127 vehicles along three downtown streets has mushroomed to an event in 2010 that quite literally overtook High River with 1,240 antique, custom and special interest vehicles.

In 2011 the car club is hoping to once again host that many vehicles, or perhaps even more.

Doug Montford, a High River resident since 1979 and lifelong automotive enthusiast, says in 2002 he and a small group of aficionados started the River City Classics club to keep an interest in the car hobby alive and well in the prairie town.

“We organized our first show in just a couple of weeks,” Montford says. “And each year since, the numbers have been growing. How does one account for that?

“We have a great setting in the downtown core and George Lane Memorial Park, and the atmosphere here is really laid back. And, we’re probably getting a reputation as being something of a fall closer for the car season.”

Montford also credits the 60 paid up members of the River City Classics club, and all of their volunteers who help pull the show together.

“Everyone in the club works hard at putting this show on, and a lot of people not even associated with us just arrive to help out,” Montford says.

The town of High River has stepped up to help host the weekend, and this year is organizing some special Saturday events in an attempt to encourage more enthusiasts to stay and discover the community.

Beginning at noon on Saturday — the day before the main event — downtown High River hosts opening celebrations, and according to the calendar on their website, is offering free beef on a bun, followed by numerous activities that celebrate transportation.

And at dusk on Saturday the town offers a drive-in movie with the screening of American Graffiti in the Highwood High School parking lot.

Then, as early as 4:30 a.m. on Sunday, the vehicles start arriving. That is a full half hour before the first volunteers are on the scene to help direct traffic.

Montford says their High River show and shine has drawn enthusiasts from all of the western provinces, and even some of the border states, including Montana and Idaho.

“We’ve had cars from as far away as Fort McMurray, Regina and Vancouver,” he says. “We’ve heard that some spectators and showgoers organize their holidays around our car show.”

The show is, of course, all about the iron, and there is a very diverse collection of vehicles on display. From drag race cars to family sedans and everything in between, there will be something for everyone.

For Montford, his collection includes a 1938 Nash hot rod he built many years ago, together with a customized 1967 Pontiac Acadian station wagon and a 1962 Chevrolet Impala convertible.

Funds raised from the $10 vehicle registration fee and t-shirt sales go back into the community. In support of the Salvation Army at Christmas at least two families per year are provided everything from the turkey to the tree and the presents beneath it thanks to the River City Classics club.

River City Classics Car Club ninth annual show and shine in downtown High River runs Sept. 24 and 25. Activities begin at noon on Saturday, while show and shine registration starts on Sunday, running from 8 a.m. to 11 a.m., fee of $10 plus Food Bank donation per vehicle. All makes and models welcome, including motorcycles. Spectators welcome from 10 a.m. to 4 p.m. with a Food Bank donation. Call Doug at 403-652-4366 for info, or visit www.rivercityclassics.com. 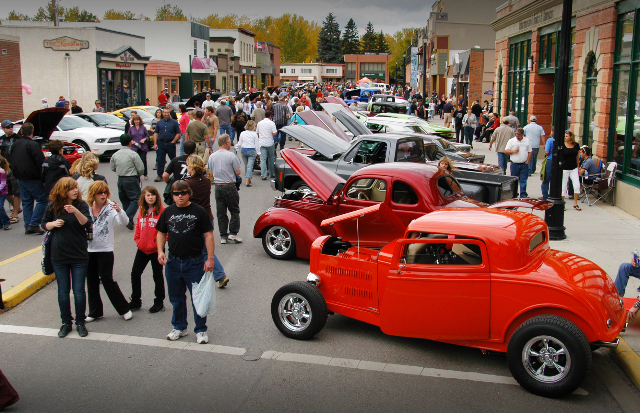