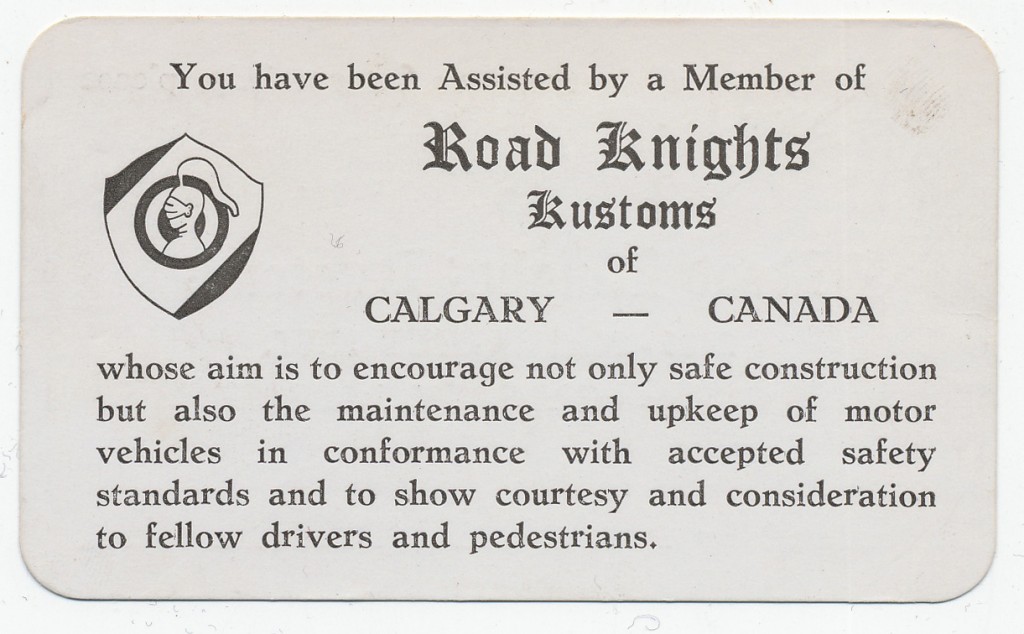 Further to the post about Calgary’s early hot rod scene, with thanks to Dave Meyer for that history, a few more details have emerged.

Ian Morrison of Vancouver had some information to share about the late 1950s and a certain Calgary car club called Road Knights Kustoms.

Beginning in 1957, a group of high school and working friends got together to form Road Knights Kustoms. According to Morrison, the club flourished thanks to eager participation from several members — and the focus was on hot rods and custom cars. But the club also promoted charity events, blood donor clinics, social events including dances and parties, road runs, touch football matches and car shows.

The Road Knights club was one of the first to host a car show in Calgary. They used a livestock pavilion at the Calgary Exhibition and Stampede grounds, and were able to attract custom cars from Alberta and the United States. Morrison said seed funds (to facilitate the rental of the pavilion and to pay for advertising) was raised by hosting dance nights at a city community hall at Fifth Avenue and Eleventh Street. The band was Keith Hitchner and the Be-Bops, featuring Glenn Grice on drums.

All photos here are courtesy of Ian Morrison. 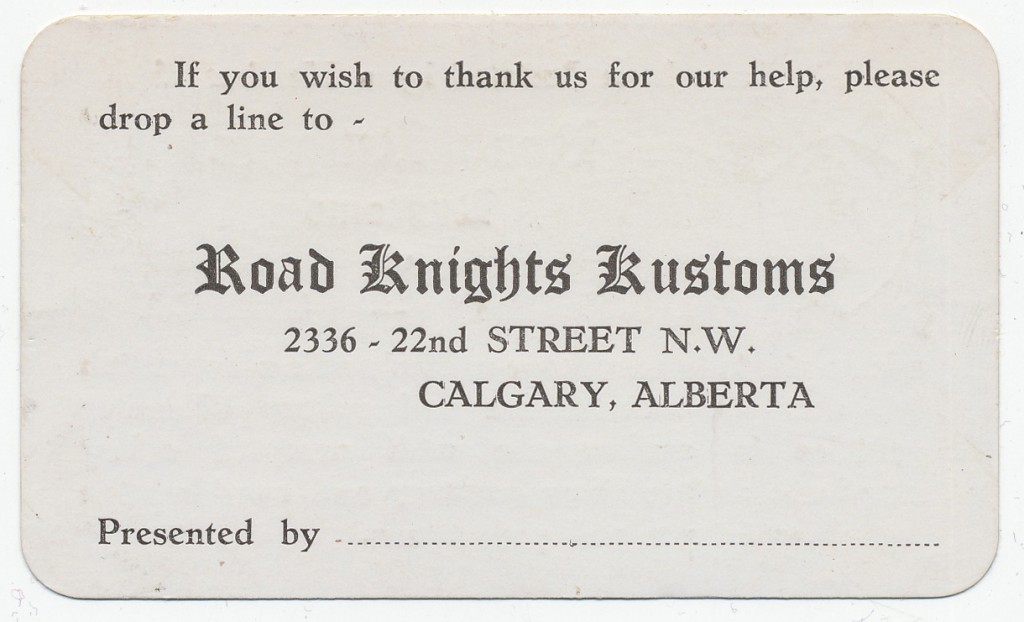 Typical with most car clubs of the era, the Road Knights Kustoms were eager to lend a hand whenever needed, and help dispel the myth that car customizers were hooligans! 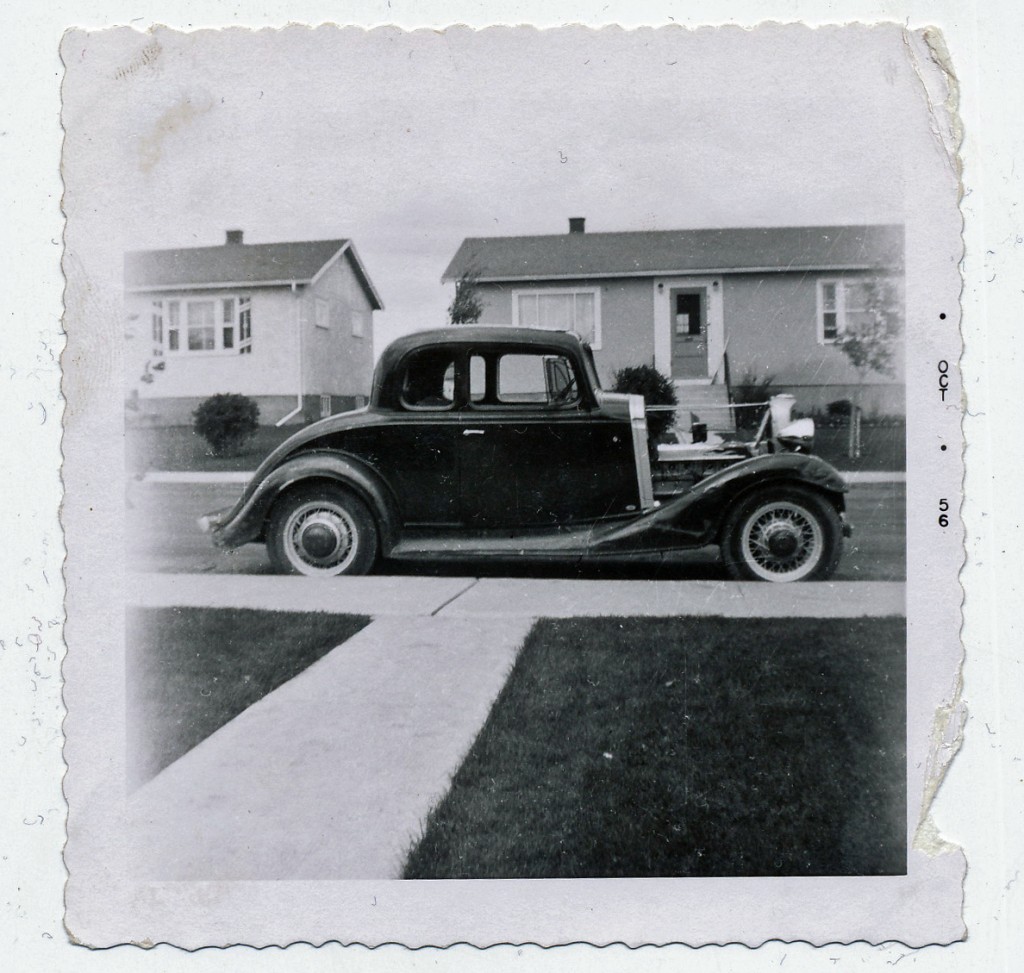 This 1933 Chevrolet was Ian Morrison’s first car, which he purchased for $17. 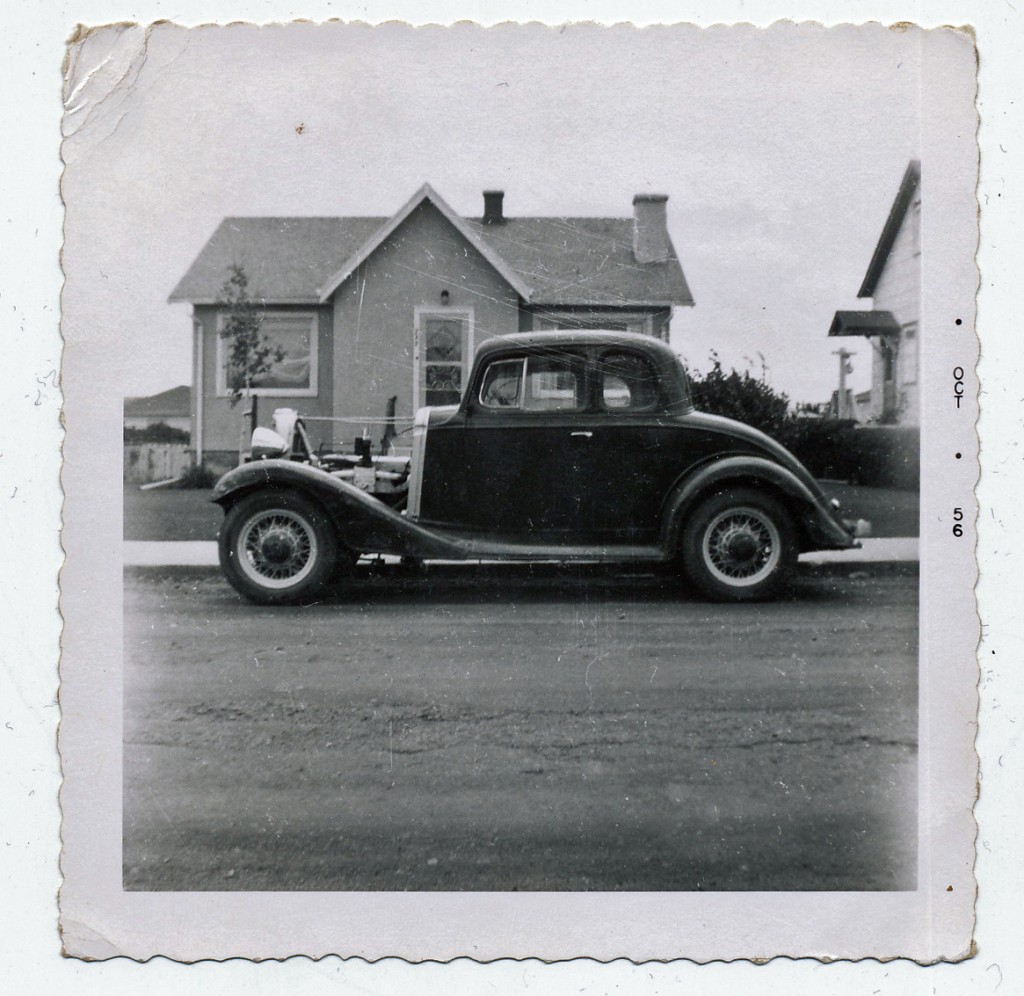 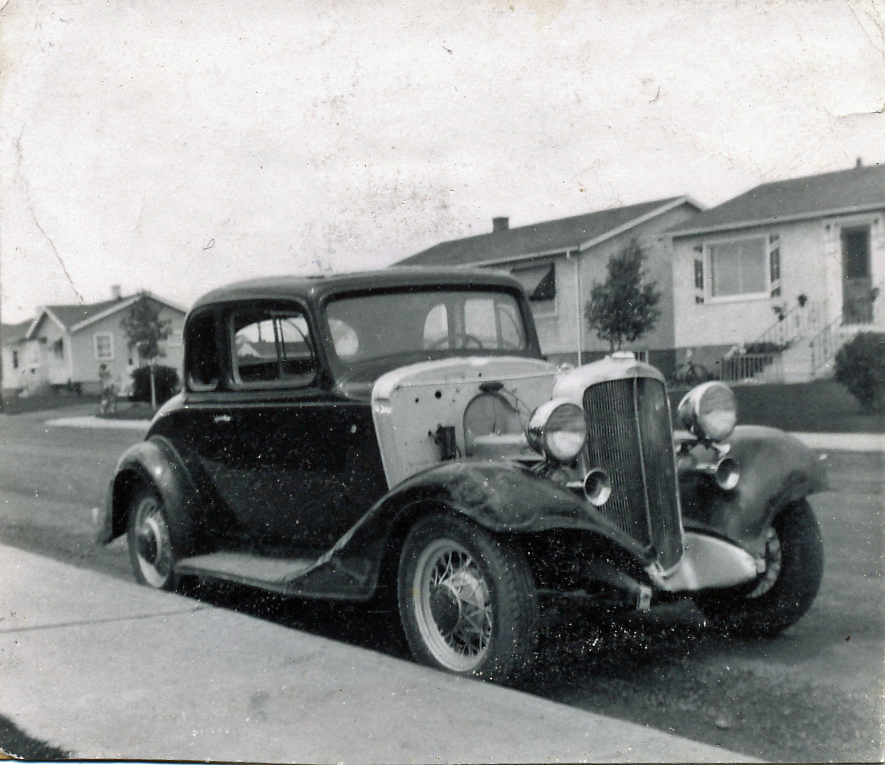 Morrison’s second car was this 1952 Chevrolet 210. “The first thing any of us ever did when we got a new car was install lowering blocks in the rear,” he recalled. He lowered the Chevy, and also added twin carburetors to the inline-six cylinder engine. 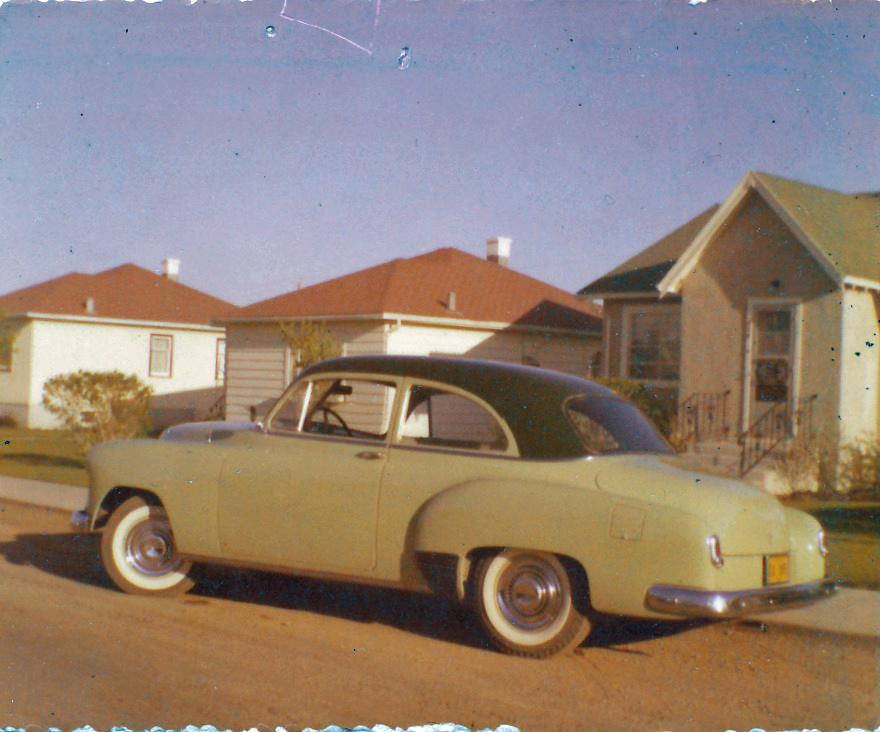 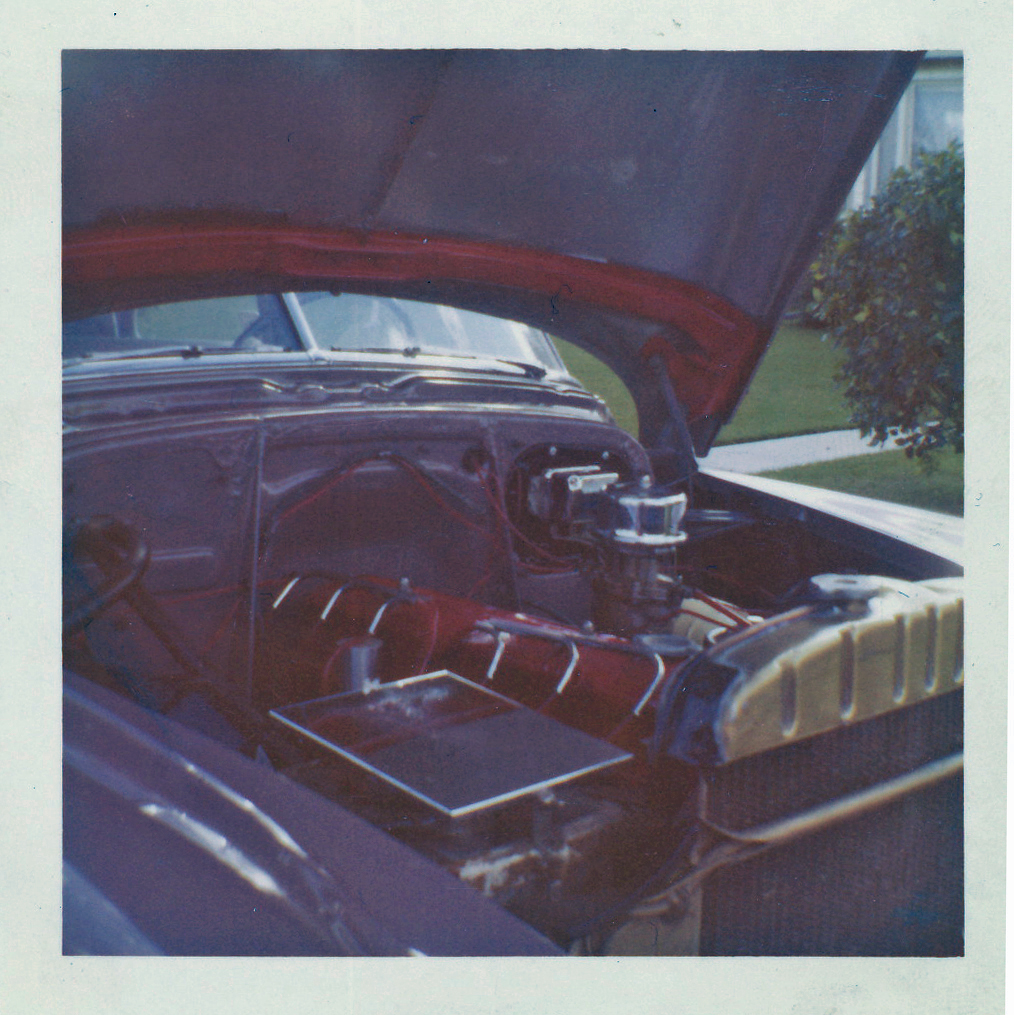 Eventually, the Chevy was further modified with different taillights, and painted a light purple. A favourite spot to shoot Road Knight club cars was the parking lot at the Southern Alberta Institute of Technology, or more simply back then, Tech. The original SAIT building can be seen in the background, it’s now hidden by much more modern buildings and is called ‘Heritage Hall’. 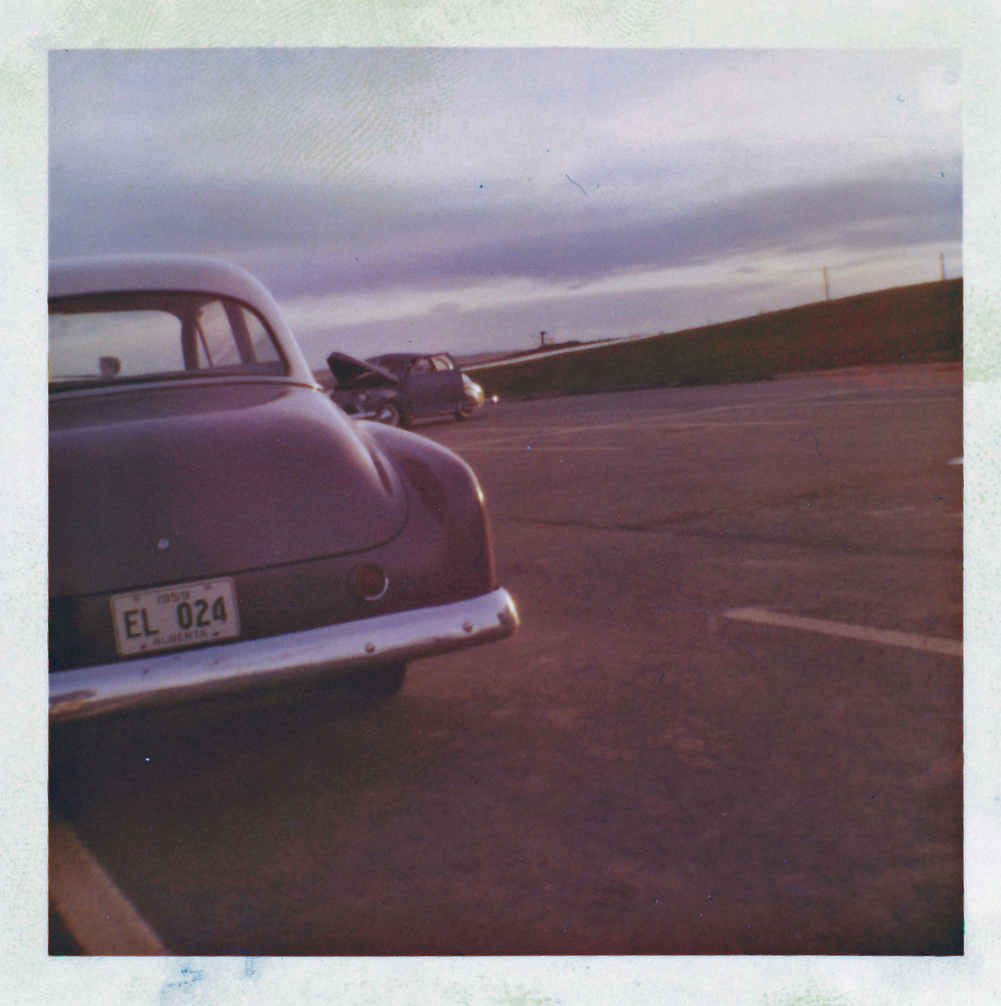 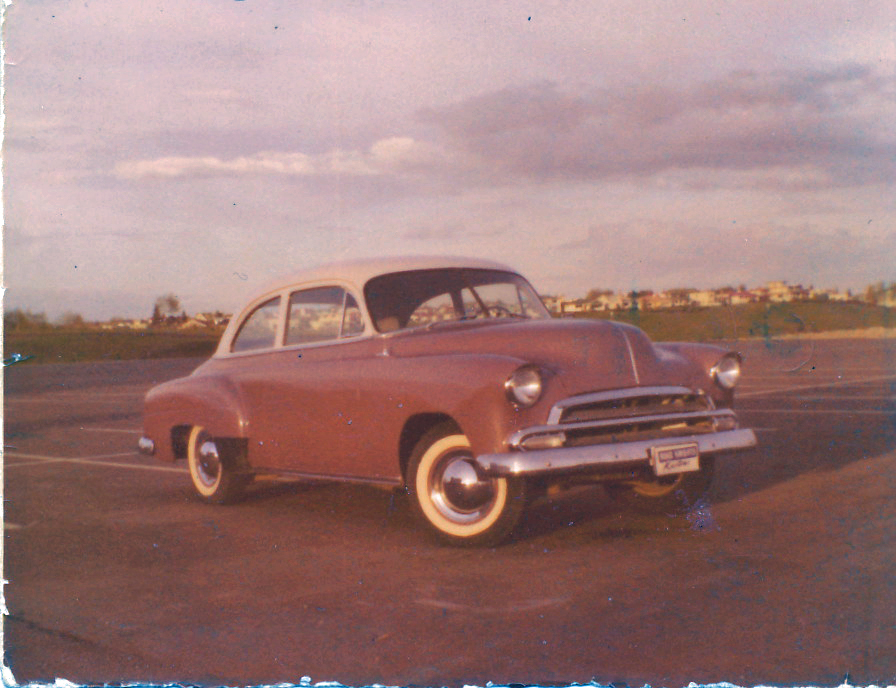 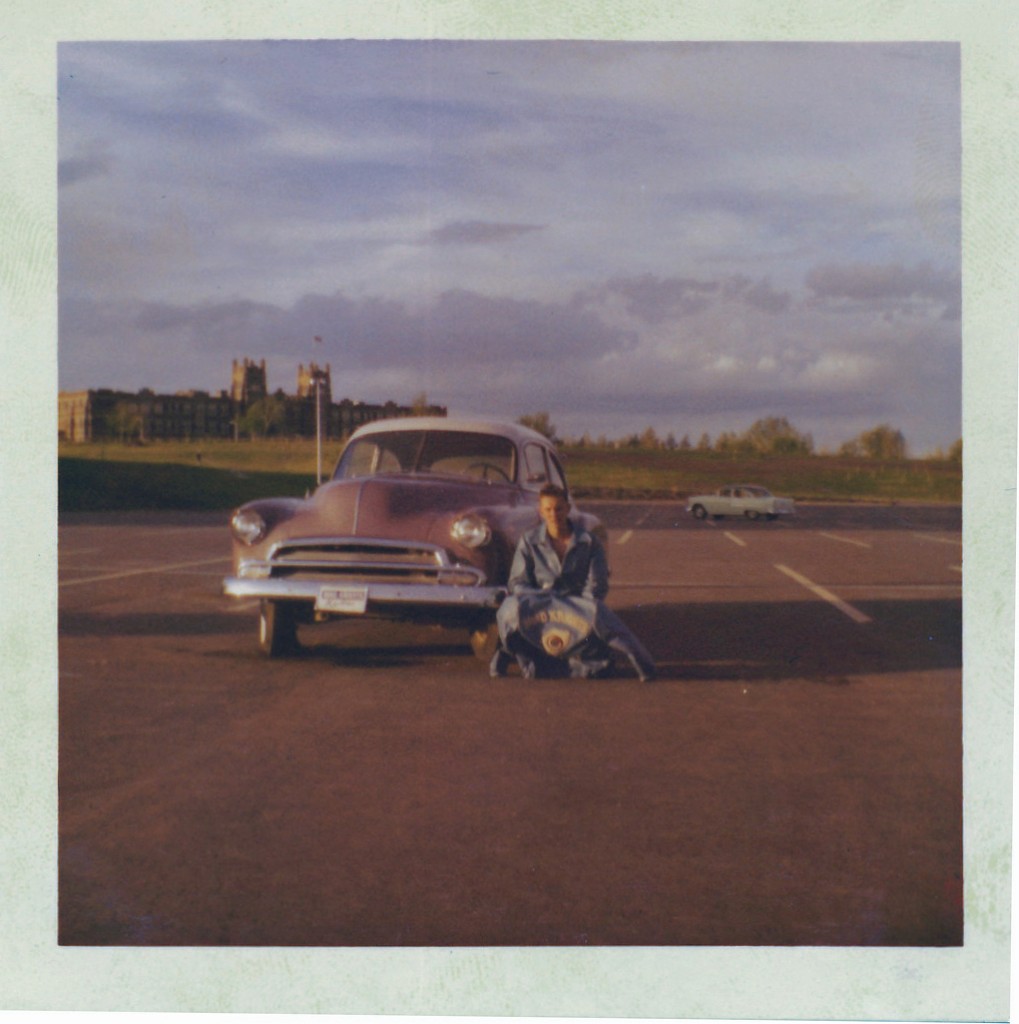 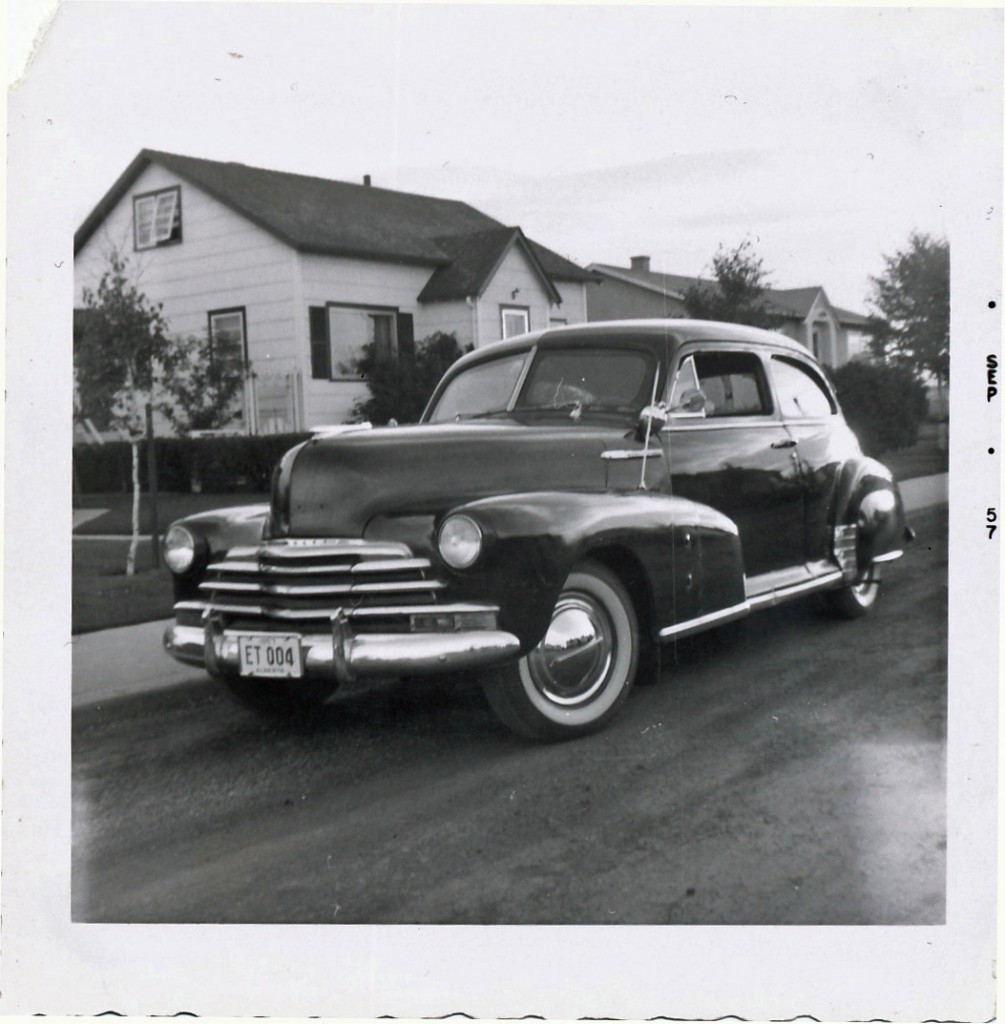 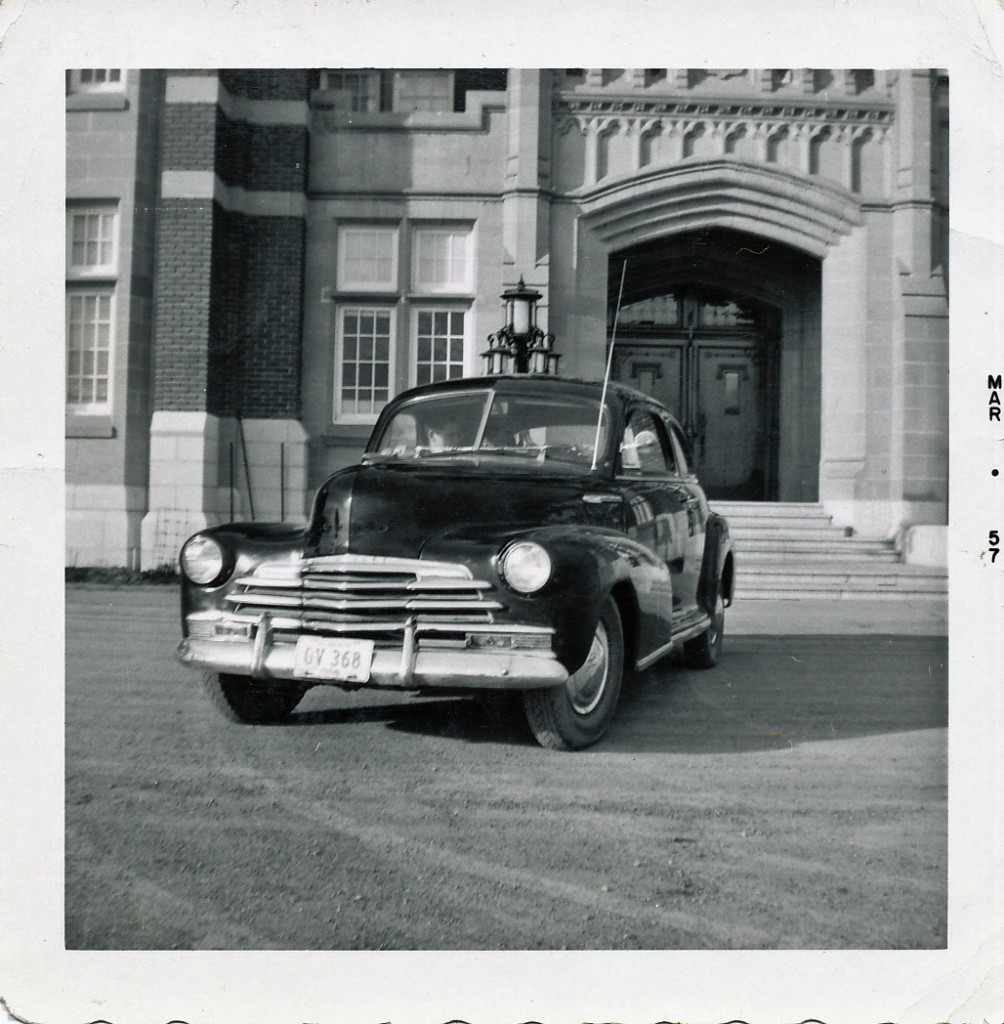 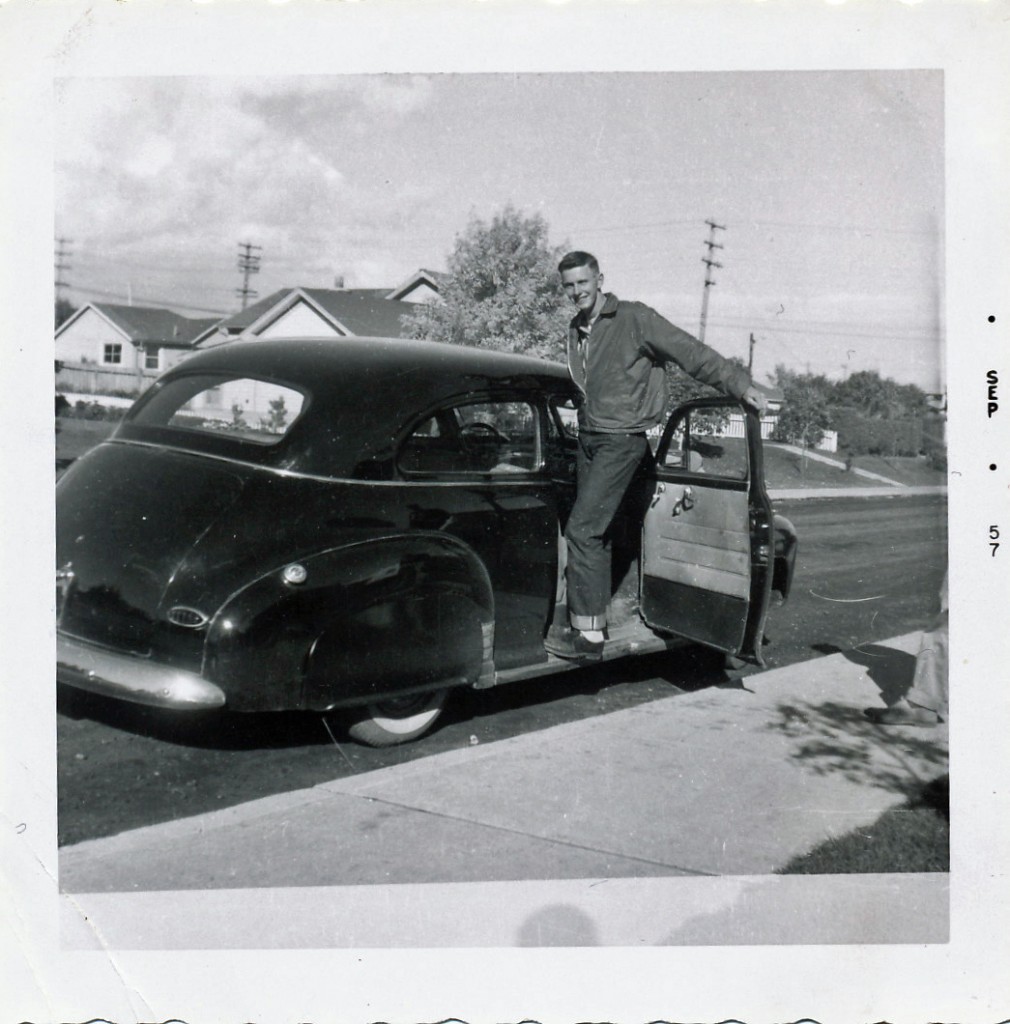 Photo below marked ‘Glen Smith’s car — Calgary’. This was a 1932 Ford roadster, and the image was taken at one of Calgary’s earliest hot rod shows, hosted by the Road Knights. There will be a news clipping about this a little later. The show preceded the World of Wheels. 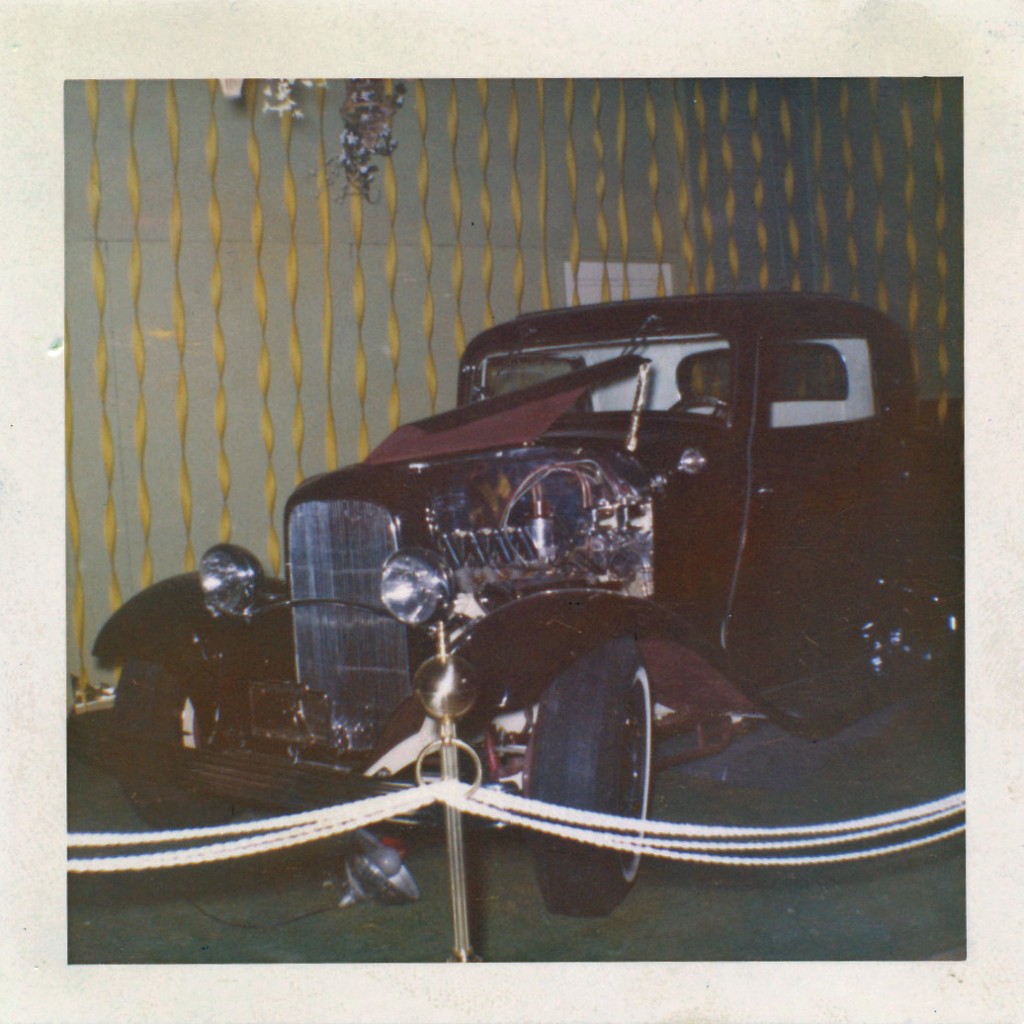 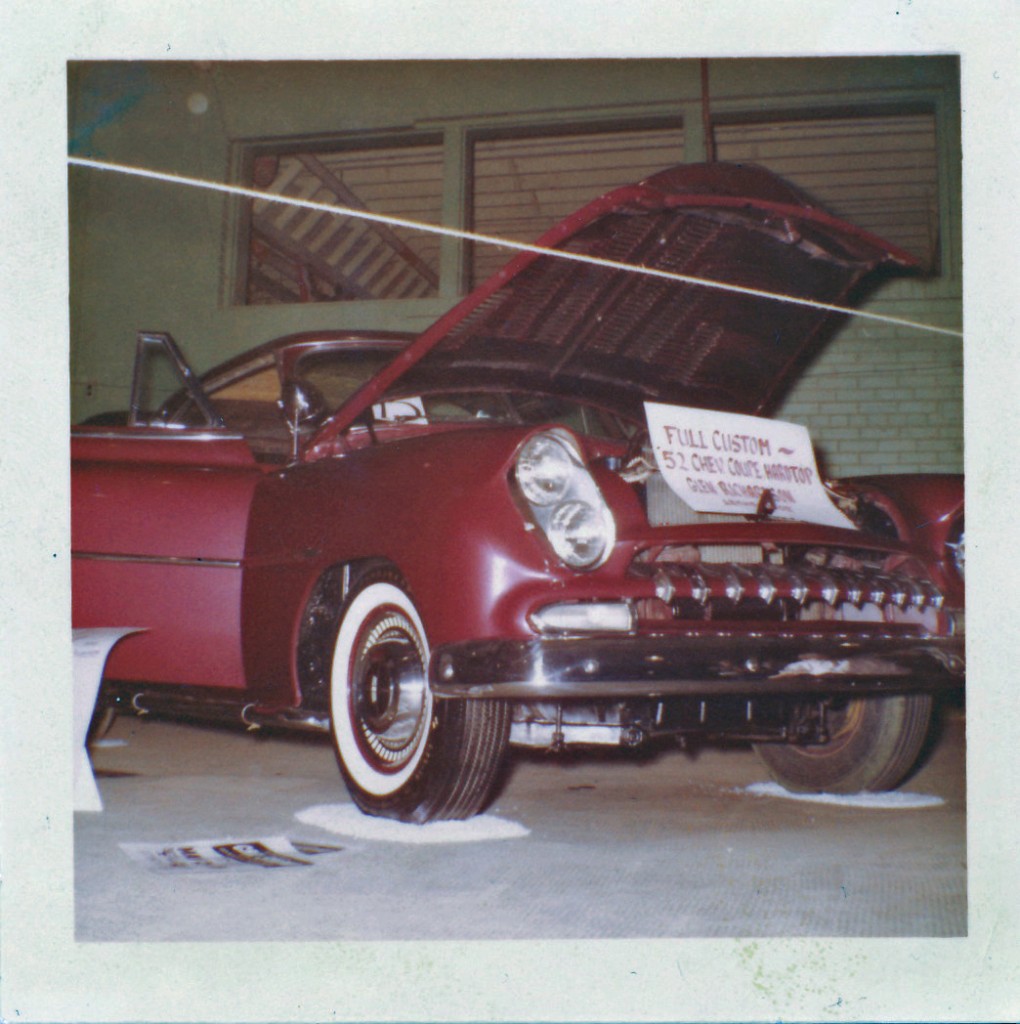 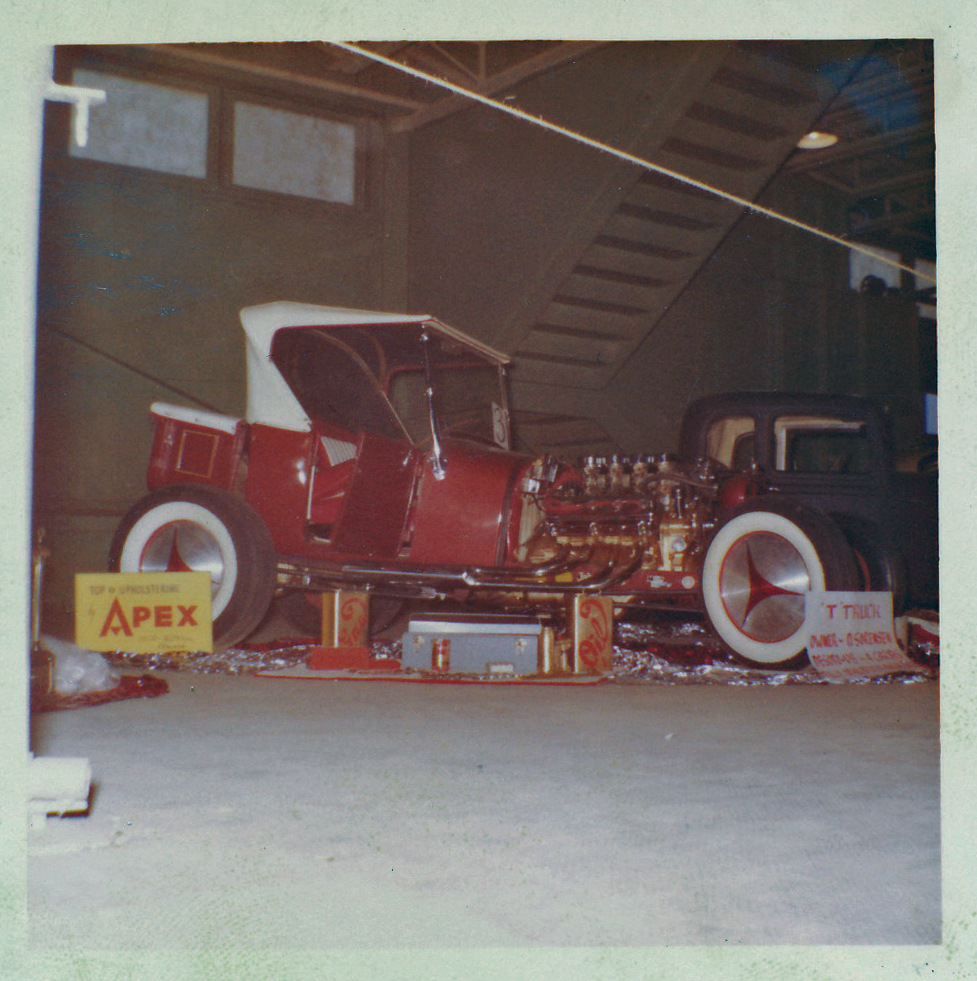 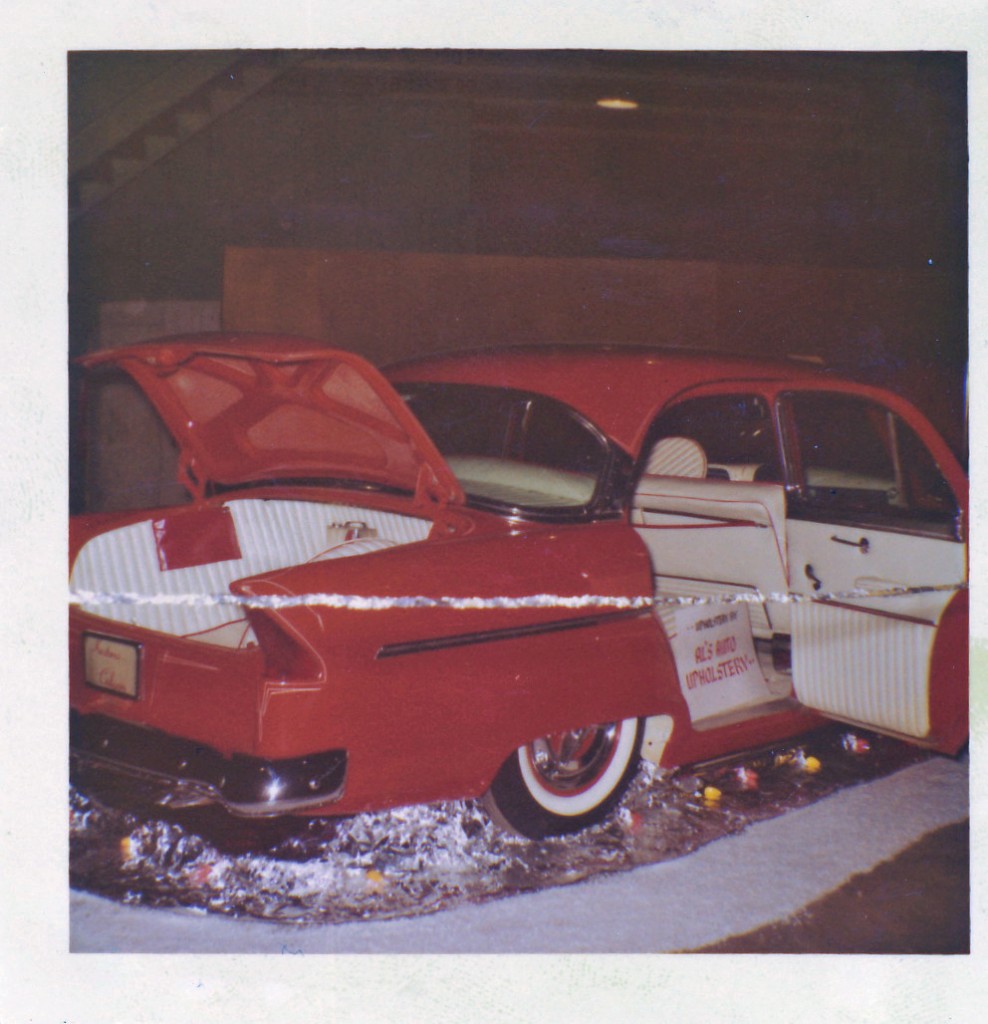 … the promised clipping from an undated Calgary Herald. 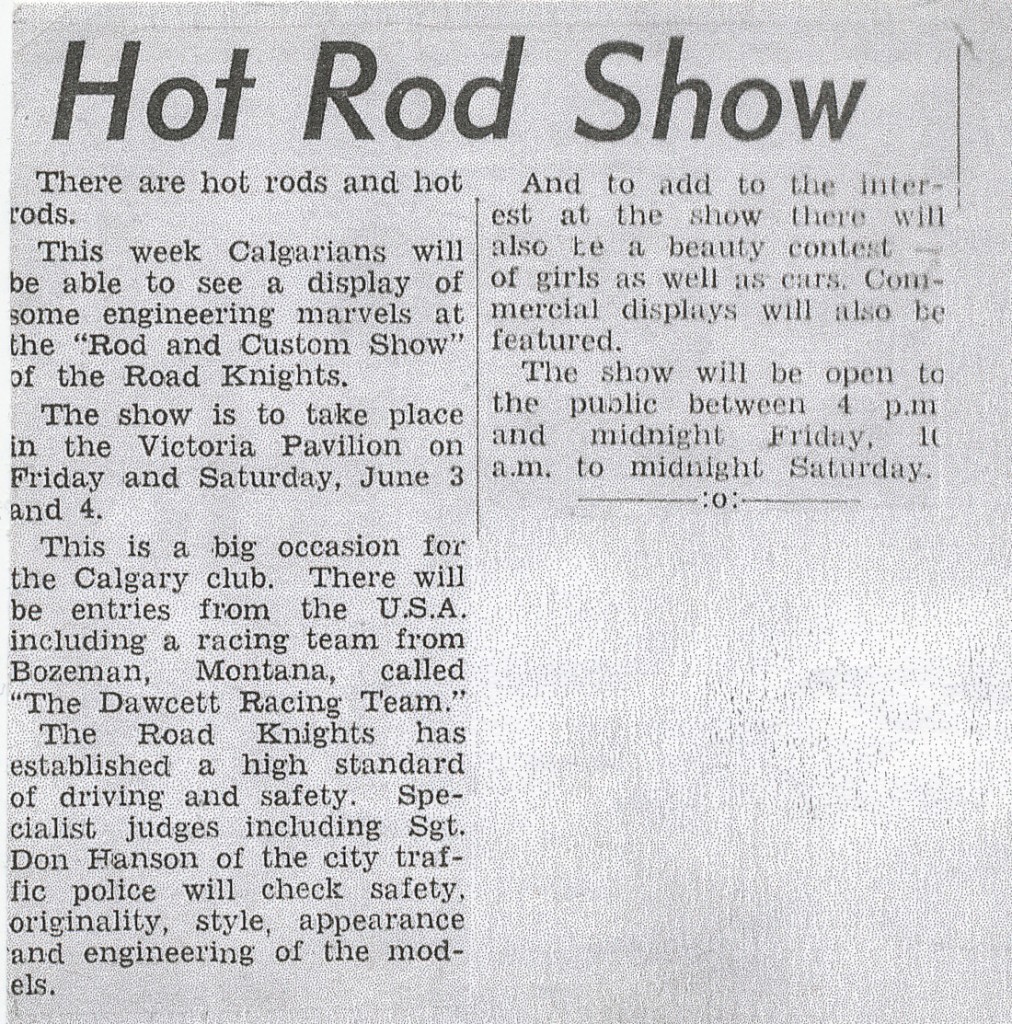 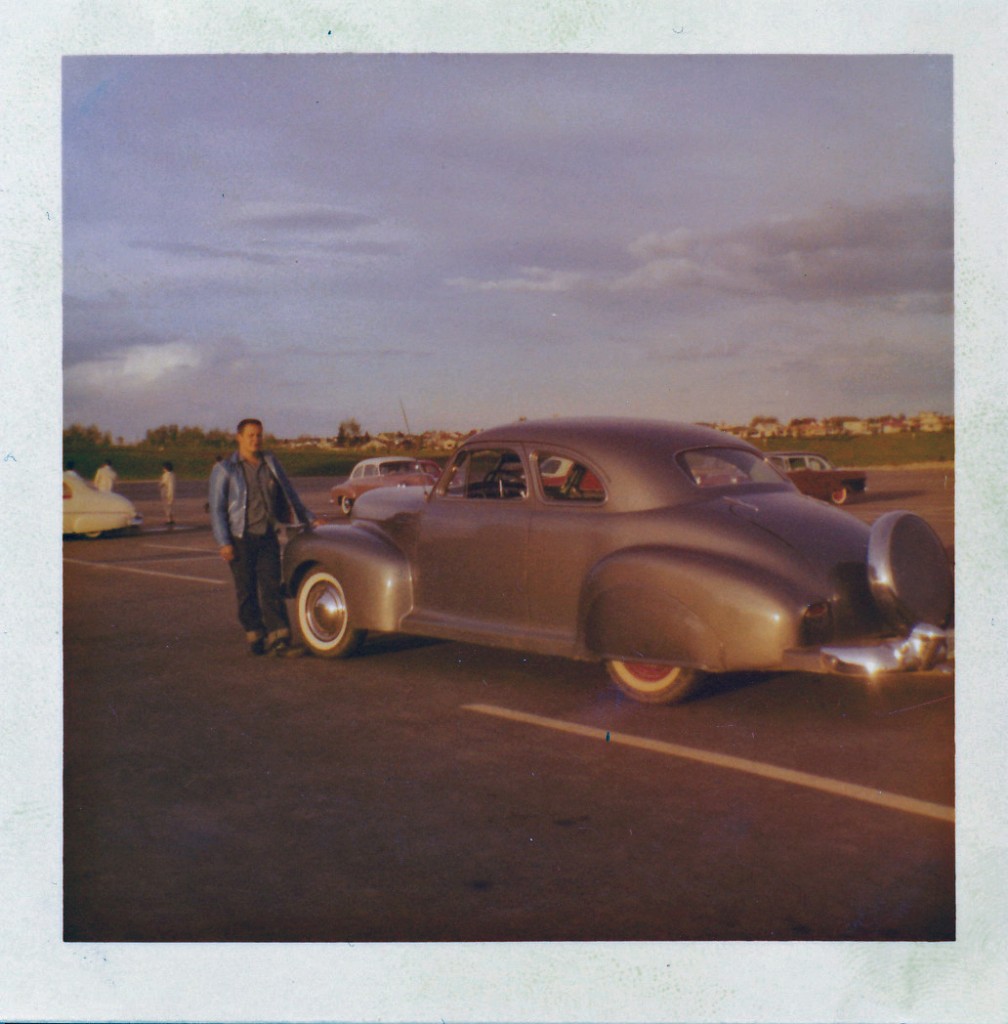 …’Barry Kyle’s 55 Chevy, Yogi Bear.” Morrison remembers this car as being the fastest ‘stock’ car on the strip. 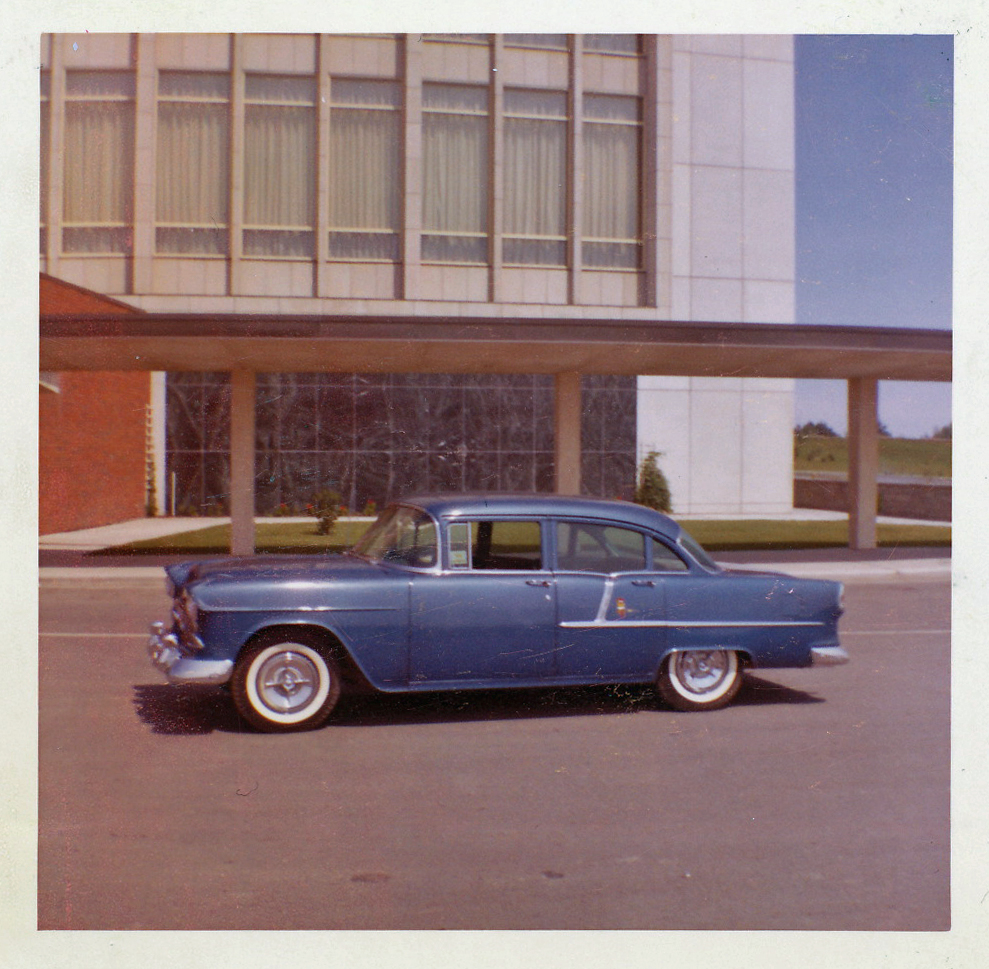 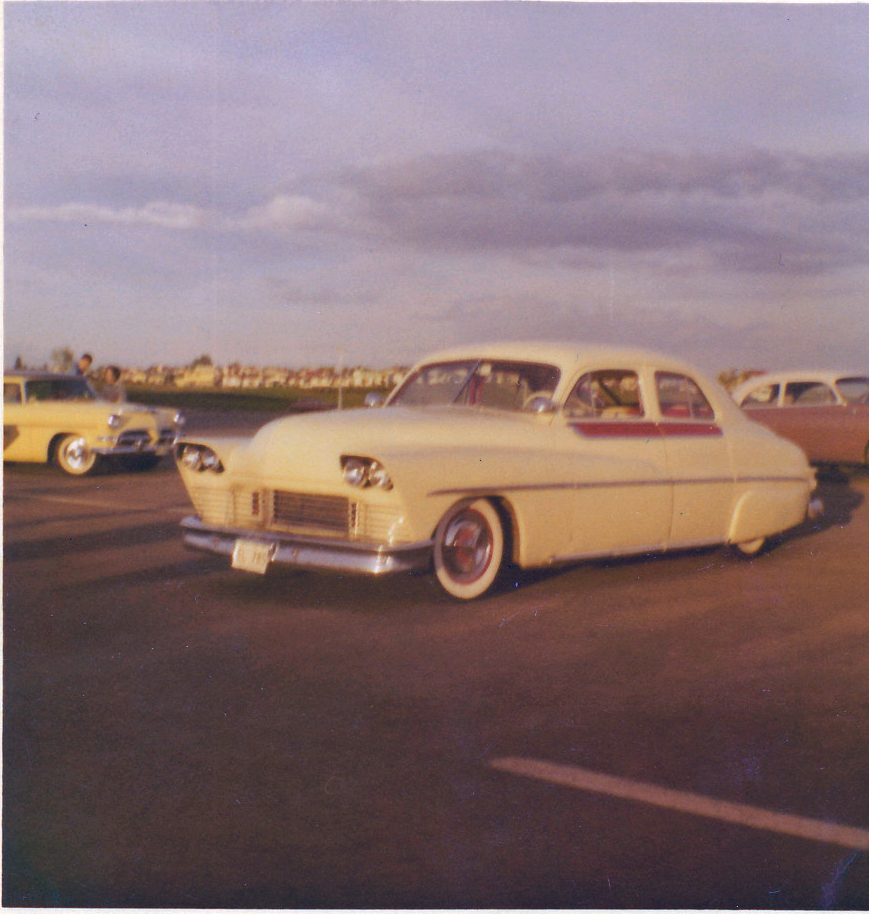 …the following photos are all marked ‘Saskatoon’, where the Road Knights visited a car show and Morrison snapped these images. 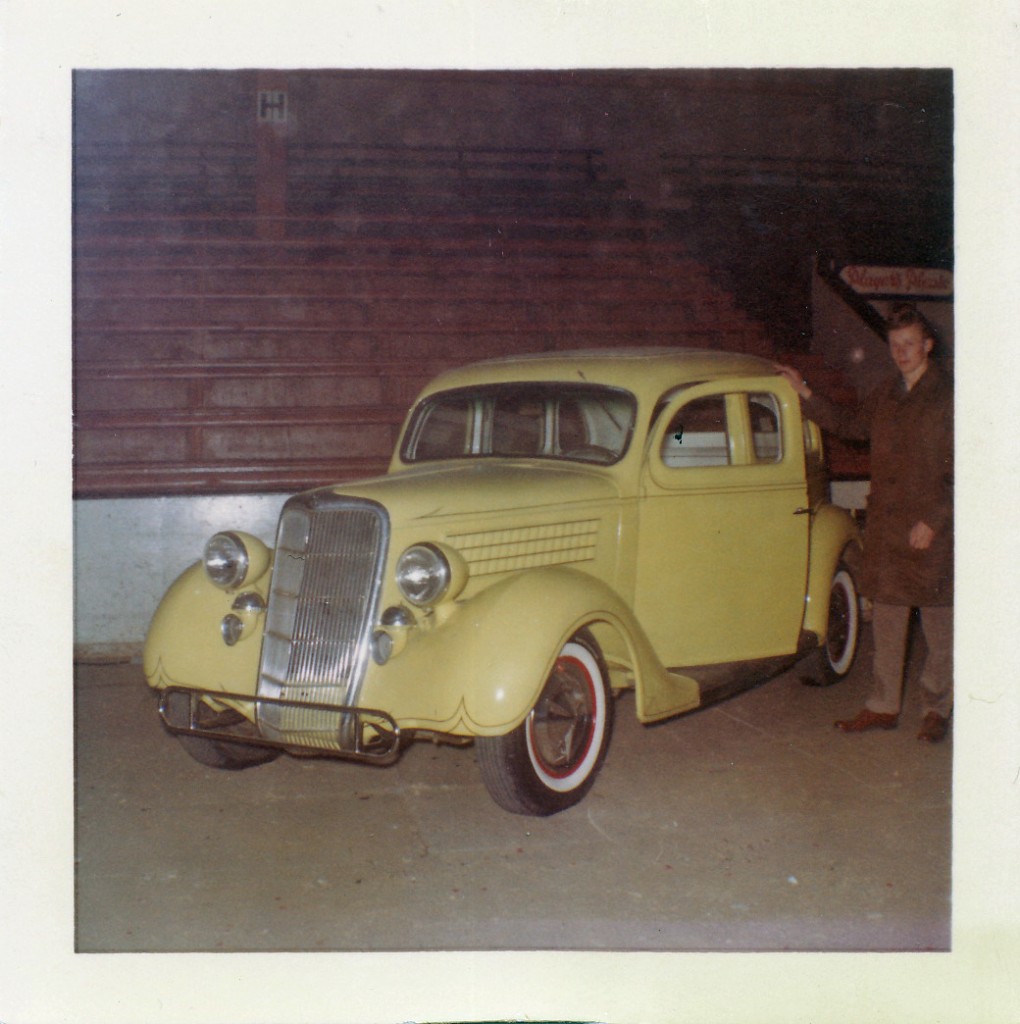 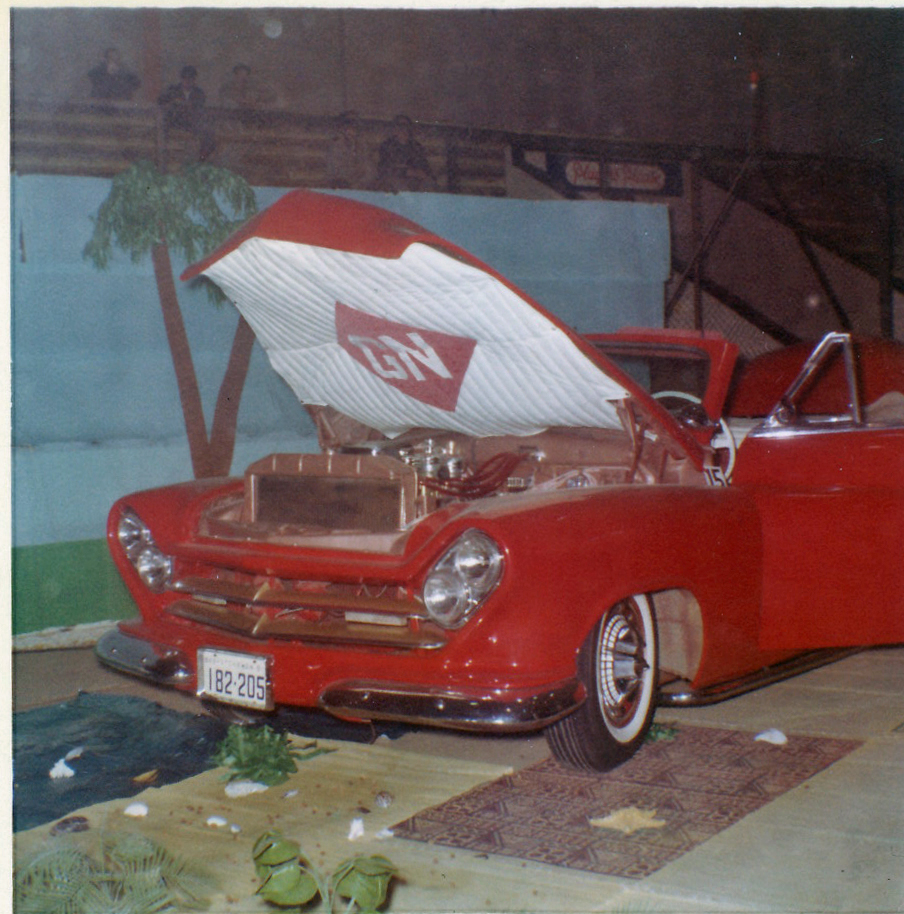 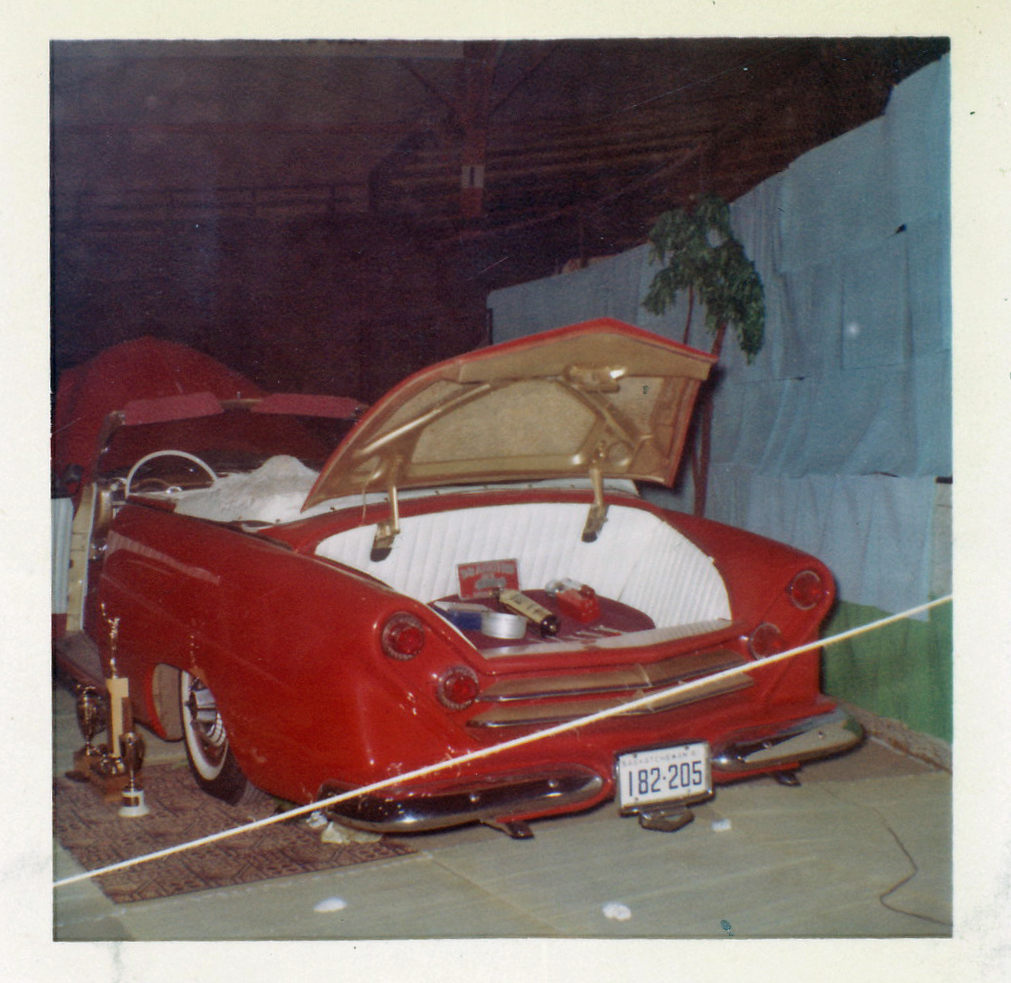 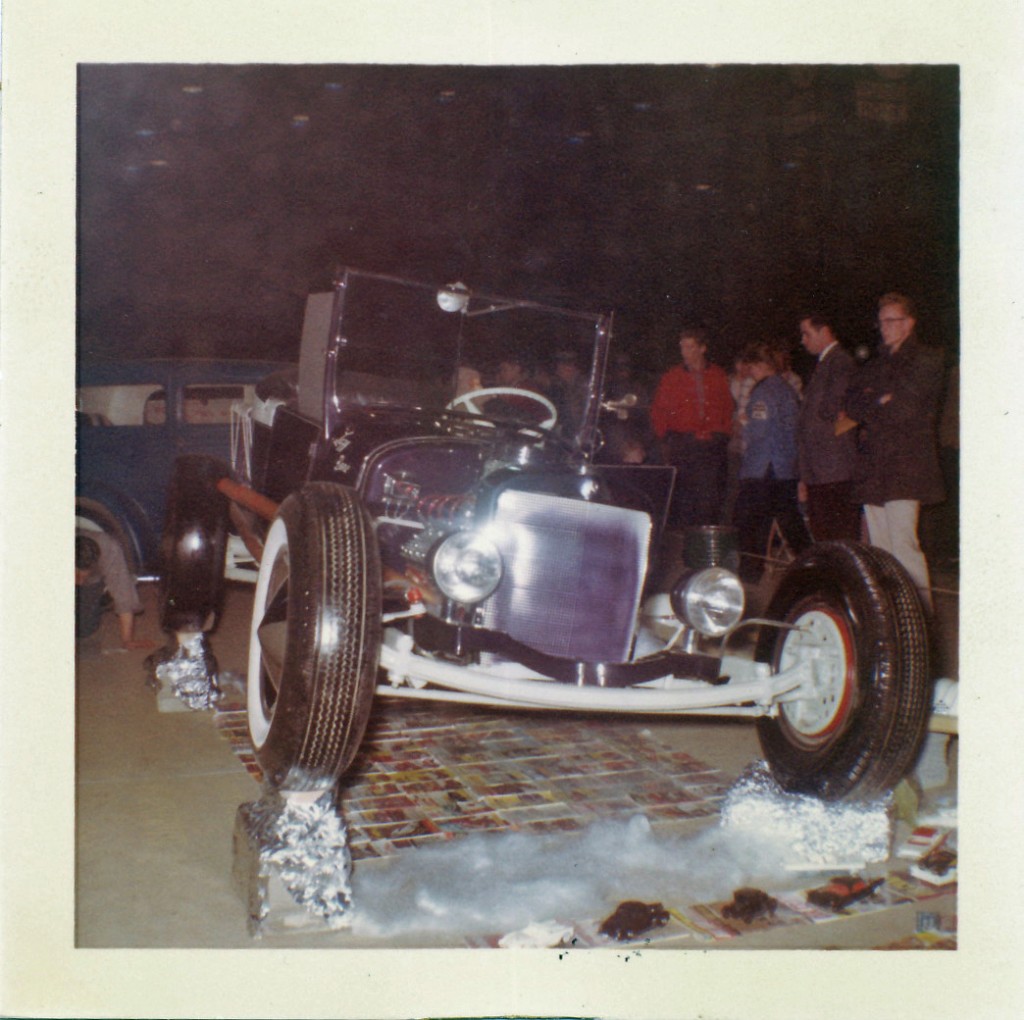 … the car above is a late 1950s MGA. It was won new in a raffle, and the winner went ahead and hot rodded it with a V-8 engine and custom paint job. The photo below is the last in the ‘Saskatoon’ series. 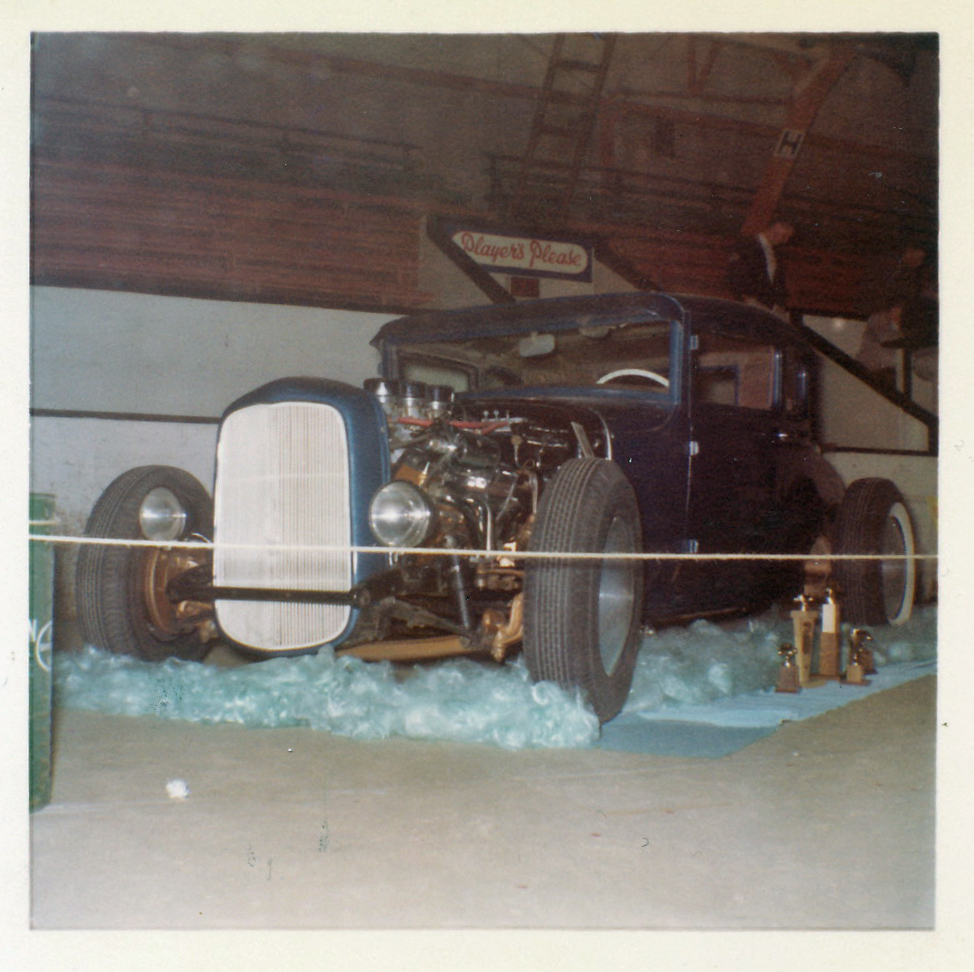 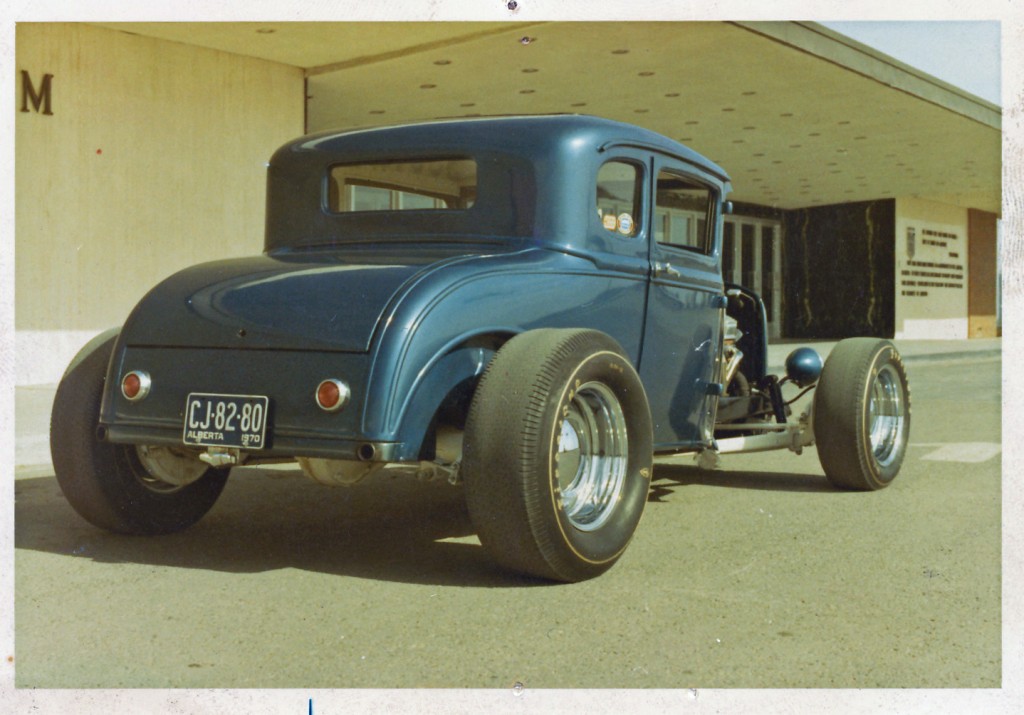 …and finally, the Road Knights Car Club official crest, as it would have been sewn to the back of club jackets. 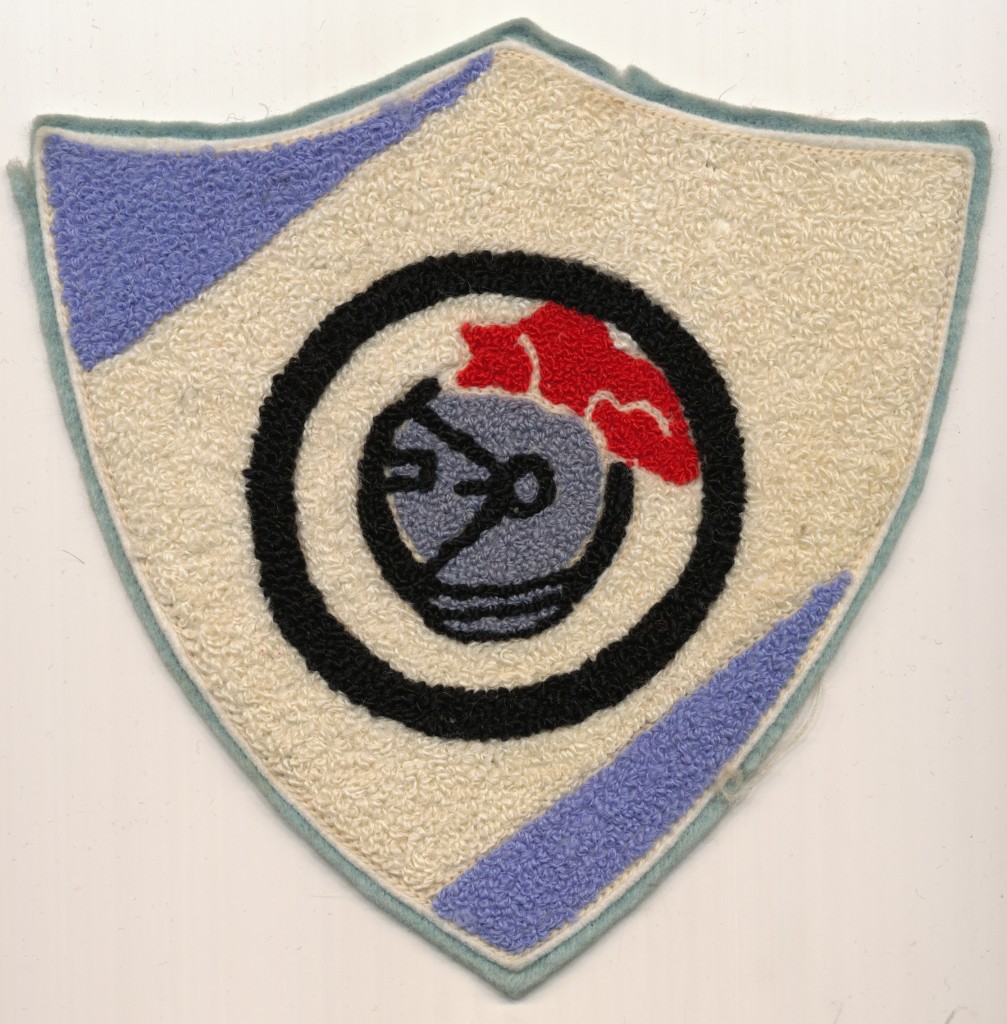