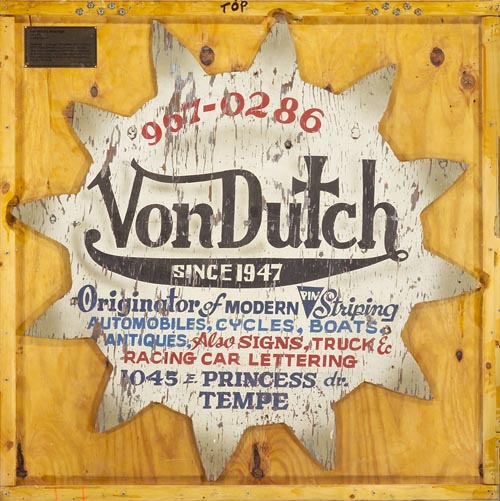 Von Dutch.
You see it on Madonna and on Lindsay Lohan.
And you even see it on the local mall rat.
But Von Dutch is more than a name on a T-shirt, hat, or a pair of designer denims.
Von Dutch, or Dutch as his friends called him, was first and foremost a motorcycle mechanic. He was the self-proclaimed originator of modern pin striping. He was a machinist. He was a car customizer. He was one of the founders of Kustom Kulture. He was a knife maker and a gunsmith. He was an artist. And, according to some, he was crazy.
Dutch?s real name was Kenneth Howard and the man is arguably one of the most recognized names in both the hot rod and alternative art scenes. He died in 1992, and the legend of the man continues to grow. At an early 2006 auction Dutch?s personal brushes and paint box sold for $310,500.
And on Nov. 10 a number of Von Dutch tools and original artworks from the private collection of Stan Betz are up for auction at Bonhams & Butterfields in Los Angeles at the Petersen Automotive Museum (bonhams.com/us).
?Von Dutch stuff is highly collectible now,? says Bob Burns from his home in Prescott, Arizona. ?I was at the auction where his paint box went for over $300,000.
?Never in a million years would I have imagined his box selling for that.?
Burns, 67, should know. In 1954 Dutch showed him how to pinstripe at a custom car shop in New Jersey.
?I got in line with the dash from my ?49 Ford (yes, Burns was 14 years old at the time). I watched (Dutch) stripe it and I though I could do that. He actually taught me how to practice to stripe, what kind of paint to use, and a few other pointers.?
For Burns, striping was something he did on the side while he held down regular day jobs. And he didn?t meet Dutch again until the 1960s, when their paths crossed in Arizona.
Von Dutch was born on Sept. 7, 1929. His father was a sign painter and gold leaf artist, and legend has it that by the time Dutch was just 10 years old he was skilled with the brushes, and could letter like a pro. He worked as a motorcycle mechanic in the mid-1940s in a Los Angeles shop, and would occasionally bring a bike home with him where he?d treat the gas tank to a pinstripe job.
For the uninitiated, a pinstripe is a thin line of paint carefully applied by hand with a special brush. A stripe job can be as simple as a straight line or a very intricate and complicated series of lines, loops and curves. Dutch?s fertile imagination gave him a seemingly endless variety of designs, and his flair with the brush created a buzz in the Southern California/West Coast hot rod scene.
News of his talent spread and rodders brought their rides thousands of miles in order to have them painted by Dutch. According to Burns, a customer didn?t tell Dutch what they wanted. Instead, they?d tell Dutch how much time they could buy. The designs were completely up to Dutch.
Apparently it was Dutch who started the craze for custom paint schemes, including the ever-popular flame jobs. However, he wasn?t alone in what he was doing. There are a couple of other names, including Ed ?Big Daddy? Roth ? creator of Rat Fink, the complete antithesis of Mickey Mouse ? and the Barris Brothers with their custom cars. These early trendsetters are the fathers of what has become known as Kustom Kulture, a term that loosely defines the Southern California/West Coast hot rod scene of the 1950s, and is a sub-culture that is still alive today.
Ironically, Dutch hated painting, and quit striping cars around 1958.
?He kind of got tired of it,? says Burns. Dutch preferred to work with metal, and felt that a paint job lasted only a few years before fading into oblivion. A talented machinist, Dutch made guns, knives and even cannons. He loved to put Volkswagen air-cooled engines in everything, except VWs. He built gas-powered roller skates. He constructed a steam-powered TV set. And while fabricating and working with metal usually requires exact measurements, Dutch never used a caliper or micrometer.
?He was a great fabricator,? Burns says. ?And he never measured anything, he did it all by eye. He was a real genius.?
Burns moved to Tempe, Arizona in 1966, and Dutch moved his wife and two daughters there in 1969. Dutch opened a custom car paint shop, which, according to Burns, was little more than a two-car garage. ?I started hanging out in Dutch?s shop, where he taught me more tricks.?
Burns still held a regular day job, but would stripe and sign paint on the side. ?I never thought I was any good at it, but (Dutch) thought I was okay ? I was good enough to fool the customers, anyway.?
The friendship between Dutch and Burns is interesting, because Dutch didn?t like many people.
?You never knew why he didn?t like you,? Burns elaborates, and adds, ?He didn?t like people in suits or uniforms, or anyone carrying a clipboard. He also had a dog he named Charger that was part wolf, and if the dog didn?t like you, then Dutch didn?t either.
?But Dutch and I shared similar interests, we both liked cars and motorcycles, and we got along.? 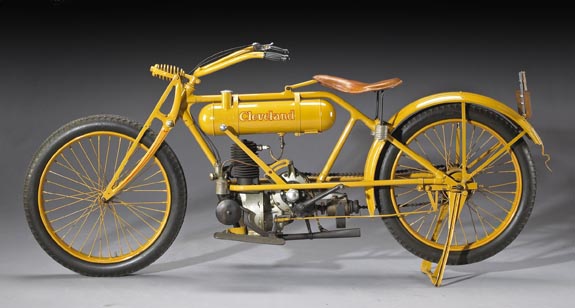 There are a few stories about how he came by the Von Dutch moniker. Burns says he doesn?t know which one is true, but says one explanation is the derogatory expression that he was ?as stubborn as a Dutchman?.
Dutch moved back to Southern California in 1975 where he went to work for Jim Brucker and his Cars of the Stars museum. When the museum closed in 1982 the Brucker family kept Dutch on as general custodian for their collection of vehicles. At this point in his life, Dutch lived in a converted transit bus that had his metal lathe and other equipment up front, and a small bedroom at the rear. Money meant nothing to him.
According to a quote circulating on a number of Internet sites, this is Dutch from a 1965 magazine article.
?I make a point of staying right at the edge of poverty,? he says. ?I don’t have a pair of pants without a hole in them, and the only pair of boots I have are on my feet. I don’t mess around with unnecessary stuff, so I don’t need much money. I believe it’s meant to be that way. There’s a ‘struggle’ you have to go through, and if you make a lot of money it doesn’t make the ‘struggle’ go away. It just makes it more complicated. If you keep poor, the struggle is simple.?
Sounds like he was the quintessential artist.
Andrew Reilly, a specialist in the Motoring Department at Bonhams and Butterfields in Los Angeles says, ?Like many great artists he?s known for working in a variety of different mediums.
?There?s the pin striping, there?s the metal engraving, and there?s the outright fabrication. I wouldn?t put him in the same category with Picasso or Michaelangelo, but (Dutch) did have a wonderful control of his craft. He could draw a perfect circle freehand, and the uniformity of his work was tremendous.?
Dutch did dabble in all kinds of art forms, including painting on canvas. Some refer to this art as ?low brow?, or appealing to the lowest common denominator.
Says Reilly, who attended the Rhode Island School of Design, ?I would classify his art as primitive or folk art; something that is honest, raw and confrontational. His art is difficult to describe, it?s something that was unique to its time and place.?
He is perhaps most famous for his bloodshot winged eyeball logo, something he used on his work throughout his life.
Burns says Dutch had a photographic memory. He could letter a sign on a truck door, and then switch over to the other door and duplicate his work exactly.
?You could measure the letters and they?d be exactly the same, and it was all by eye,? Burns says. ?When I?d ask him how he could letter so perfectly, he?d say, ?I just see it on the door, and I paint between the lines?.?
Burns sums up Dutch?s approach to life and work.
?If he liked you, he?d charge you a case of beer. If he didn?t, the sky was the limit.?
Dutch?s daughters, Lisa and Lorna Howard, sold the rights to the Von Dutch name and logo in 1996 to an entrepreneur, and the brand has grown seemingly exponentially. The company does a good job of getting its gear seen on movie stars, and the jeans and hats range in price from $9 to $185 (vondutch.com). But there is a backlash to Von Dutch clothing, with logos such as Von Sucks and Von Done cropping up.
And, it can be expected that Dutch would probably be turning in his grave if he knew where his name is now ? according to Burns, he detested fame, money and notoriety. 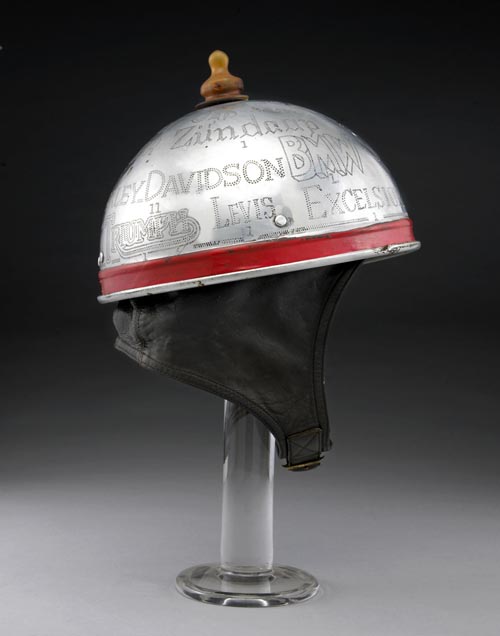