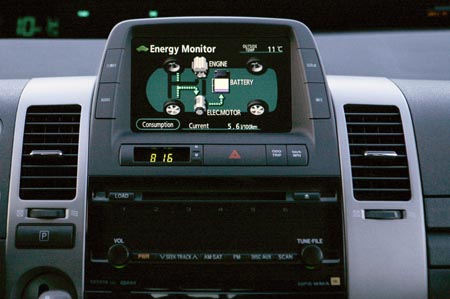 What does the future hold for the automobile?
If Toyota Canada Inc.?s managing director Stephen Beatty were in Las Vegas, he?d put his money on some form of liquid fuel and electricity.
Toyota is at the forefront of producing hybrid vehicles, and has just reached a milestone with the product. Worldwide, more than one million Toyota hybrids have been sold, and Canadians have helped Toyota reach that number ? they?ve bought 16,000 of the environmentally friendly vehicles.
?It seems the No. 1 issue in the public mind is the environment, and the auto sector is front and centre,? Beatty said during a phone interview. ?We?ve been actively engaged for a number of years, talking to the public about what (technological) alternatives are available.?
Toyota?s push is, of course, hybrid technology and their own Hybrid Synergy Drive. The automaker now offers six hybrids, including Camry, Prius and Highlander, plus the Lexus RX 400h, GS 450h, and LS 600h.
Beatty remembers the early days when Toyota Canada got seven right hand drive Prius cars from Japan, and he says, ?There was a metaphoric sticky note on the steering wheel that said, ?See if anyone is interested?.?
They visited shopping malls and auto shows, wanting to talk to people about clean air and what kind of commitment Toyota was willing to make to reduce tailpipe emissions.
?It was a new and different looking car, and people like to come over and kick tires,? Beatty said of his time spent gauging public interest in the first hybrid Prius.
He says he?d enter into a lengthy description about the technology involved, including the patents and the fact that the Prius has more computing power than it took to put a man on the moon.
?People?s eyes would glaze over,? Beatty said.
But then they were given the chance to drive a Prius. After the drive, ?We asked ?What did you think??, and most said, ?I was surprised, it was just a car?,? Beatty said.
That?s what the whole experience was about.
Beatty said Toyota wasn?t out to radically change the car driving experience; they simply wanted to produce a product that could move seamlessly into the lifestyle of the consumer, all the while reducing tail pipe emissions.
It doesn?t hurt in the U.S. to have Hollywood advocates of Toyota?s hybrid technology, including Leonardo DeCaprio and Julia Roberts. Here in Canada, Victoria and Vancouver taxicab drivers have championed the cause of the hybrid Toyota Camry and Prius, accumulating several hundred thousand kilometres in the cars.
A recent survey out of the U.S. by the Topline Strategy Group indicated that most buyers of the Toyota Prius were not traditional ?early adopters? of new technology. Early adopters are those willing to pay a premium to have the latest technology.
?Only 27 per cent of Prius buyers could be considered classic early adopters,? said Jonathan Klein, founder and general partner of Topline Strategy Group in a news release. ?The Prius has been successful because it represents a low-cost, stylish, practical car with a strong environmental image — a combination of attributes that tapped into a broad market of environmentally conscious people who saw it as an opportunity to do the right thing, save money, and buy an appealing car all at the same time.?
There are other environmentally friendly technologies that could be seen as viable options, including bio-fuel, hydrogen fuel cells and clean diesel power. And, the gasoline-powered internal combustion engine isn?t going to go away any time soon, either. Incredible efficiencies have been found lurking within the internal combustion engine, and fuel economy is rising while tailpipe emissions are decreasing.
But, according to Beatty, ?Hybrid has been the most successful alternative in auto technology so far.?
The problem Beatty sees with any of the other options is infrastructure and distribution that will support the average driver. And clean diesel fuel, similar to what is available in some European countries, doesn?t seem to be coming to Canada.
?If you go back just over the last 100 years there was electricity, steam, kerosene ? all these technologies were slugging it out (early in the automobile?s history), and this isn?t new in any respect,? Beatty says. ?After a period of intense competition there will be some consolidation.
?(Toyota) does do research in every major technology, but we see the hybrid as a foundation technology.?
Toyota is pleased to have sold 16,000 hybrids, and Beatty says that number needs to be put into perspective.
?We?ve sold 16,000 hybrids (in Canada) over the last 10 years,? he said. ?But 1,000 of those were sold just in May of this year.? 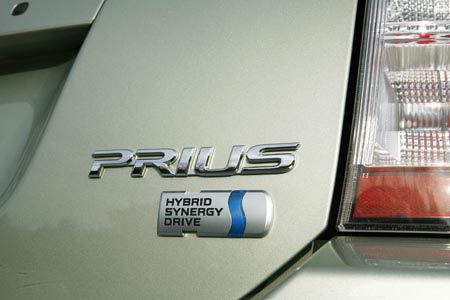