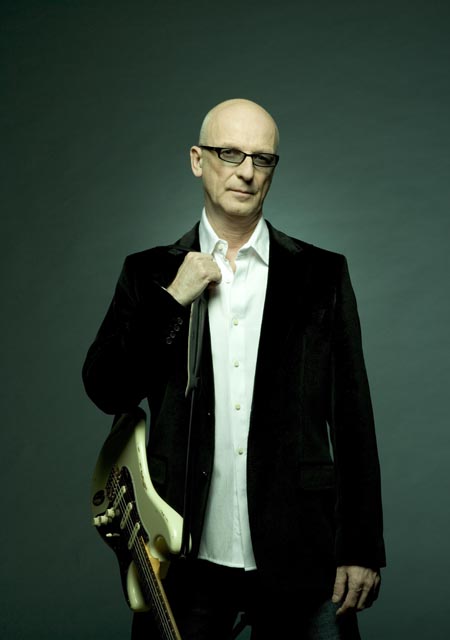 Canadian musician Kim Mitchell is responsible for some of this country?s most memorable rock anthems. Songs such as Go For Soda (surprisingly, there is no ‘A’ in the song title), Patio Lanterns and Rock n Roll Duty have helped define his style.
His career, which includes fronting the band Max Webster, has spanned close to 40 years. He went solo in 1982, and he?s set to release his eighth album, Ain?t Life Amazing, on July 17.
While Mitchell, 55, is all about music, it turns out he?s also got a bit of gasoline in his veins. He likes cars, motorcycles and boats ? but he doesn?t have a garage full of toys. In fact, at the moment, he doesn?t even have a garage. Mitchell?s remedying that later this summer when he moves from his Toronto apartment to a house ? with a garage.
?An American artist who has had a hit record is probably going to have a Ferrari, or at least a couple of new ?Benz?s,? Mitchell said in a phone interview. ?Well, I?m a musician who?s done okay in Canada, and I don?t have a garage full of stuff.?
Turns out Mitchell?s current rides are a 1988 Mercedes-Benz 260E and a 2002 Nissan Altima. He loves the old Benz, but is planning on selling the Nissan.
?Mercedes-Benz cars have always blown me away,? Mitchell said. ?They?re a pretty cool luxury car, they?re so solid, like a tank. My 260E drives like a dream, I love the ride and it rocks down the highway pretty good. I got the thing about 13 years ago; I bought it from my ex-wife in our divorce settlement.?
At one time Mitchell lived in Collingwood, about two hours north of Toronto, and commuting back and forth added a lot of miles to whatever vehicle he was driving. He says he still ?slams a lot of miles? on his vehicles.
Which, traditionally, have been full size passenger vans.
And that?s probably because his first vehicle was a white Ford cargo van, which he found handy to carry band equipment.
?There were two seats in the front and that was it; it was like driving a loaf of bread around on four wheels.?
He?s since owned several vans.
?I had 435,000 miles on my Ford Chateau and I had 375,000 on my old Chevy Beauville van. Those vans are underrated. You can throw an amp, a bicycle (or just about anything else) in there and slam down the highway at 120 km/h?they were my dressing room, my bedroom, my vehicle.
?In fact, one year I drove down to the Juno Awards wearing my jeans and T-shirt, and I had my suit in the back. When I got in the parking lot I changed into my nighttime gear.?
He thinks he?d like another full-size passenger van.
?I keep driving by dealerships and looking for vans, but you don?t see them very often,? Mitchell said.
In the early 1970s Mitchell was playing guitar in a country group called Dick Dixon and the Stone Mountain Band. He bought himself a Honda CB750-4 to ride back and forth to the club.
?When we broke off around 1 a.m. we?d go ride, and we?d ride until the sun came up,? Mitchell says. One of his band mates rode a Triumph Trident, and the other a Ducati.
?The noise of that Ducati, he?d just pour it on, and it was like music,? Mitchell said.
While he doesn?t have a motorcycle at the moment, Mitchell?s had his eye on the Victory line of machines ? and likes both the 2007 Hammer and Vegas models.
While growing up, Mitchell says his dad didn?t have any serious brand loyalty, and bought a new car every two years. But it was a powder blue Oldsmobile 442 that Mitchell liked best.
?My dad used to let me sit on his lap and I?d drive; that thing had some serious power, I loved that car,? he said.
The other car he remembers is his sister?s 1967 Camaro.
?My dad bought me guitars, so when it came time for her to drive he bought her the Camaro, I guess he was just trying to keep it equal. But I remember washing that car, and seeing the ?327? emblem on the front fender, it was so cool.?
The weirdest vehicle Mitchell ever owned was a late model VW Beetle.
?Not that the car was weird, but every time I stopped at a light or a stop sign I?d get swarmed by bees. It was like a strange dream, I had to sell it.?
In the garage of the mind, Mitchell would love to have a Maserati GranSport and a family-friendly Mercedes-Benz, perhaps an E55 or S55 with the AMG package.
And a van, of course.