The Mazdaspeed3 may drive like a missile, but it’s still one practical little number

Greg Williams, For the Calgary Herald

Mike Bennett, in his own words, is a bit of a car kook. Over more than three decades, he’s owned and driven some impressive autos, and he subscribes to no less than 10 automobile magazines.

“If someone had to have just one car to do everything — from daily driver to a track-day vehicle — they couldn’t do much better.”

That’s high praise for the Mazdaspeed3, a car that debuted at the 2006 Geneva Motor Show. The Mazdaspeed3 is based on the Mazda3 Sport, which was selected 2004 Canadian car of the year by the Automobile Journalists Association of Canada. To top that off, AJAC voted the 2007 Mazdaspeed3 best sports/performance vehicle under $50,000.

Click here to read the rest of the feature, the People’s Test Drive, in the Calgary Herald… 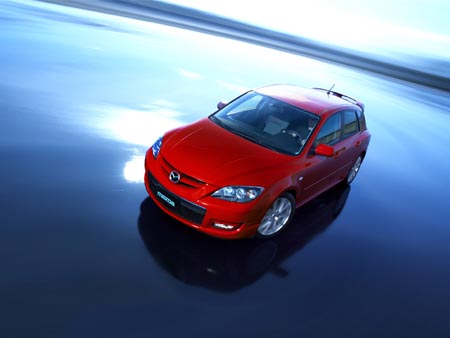