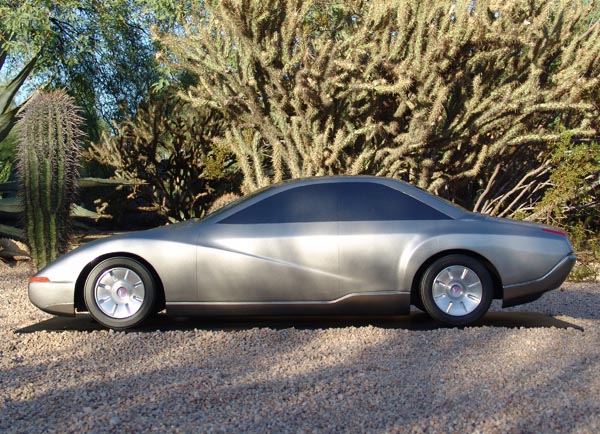 Photo courtesy Visionary Vehicles — A 1/4 scale model of the luxury plug-in electric vehicleMalcolm Bricklin expects to sell by the end of 2009.

Auto entrepreneur Malcolm Bricklin’s been around the block a few times.
From adventures to misadventures, his gears and wheels continue to roll — Bricklin’s latest venture sees him attempting to energize the electric vehicle industry.
Visionary Vehicles is Bricklin’s new company, and he plans to offer a brand new, plug-in luxury electric vehicle to consumers by the end of 2009.
“I’m trying to help start the electric vehicle industry,” Bricklin says from his New York office.
Now 68, Bricklin is perhaps most famous for his Bricklin SV-1. Built in New Brunswick from 1974 to 1976 the car was all about safety wrapped up in a sexy, sporty package. With gull-wing doors and an integral safety cage, SV-1 stood for Safety Vehicle One. Early Bricklins used an AMC 360 engine, while Ford’s 351 Windsor powered later cars. Approximately 2,854 Bricklins were built before the company went into receivership, and it is thought that about 1,500 of the unique vehicles still exist.
The SV-1 wasn’t Bricklin’s first foray into the auto world. In 1965, after turning his father’s hardware business into a large chain of building supply franchises, Bricklin helped set up Subaru of America. When he sold his portion of Subaru he invested the money in the SV-1 — and after the Bricklin SV-1 project failed he imported Fiat X1/9s and also formed Yugo America, Inc.
Since then he’s had his hands in a few other ventures, including marketing the EV Warrior, an electric bicycle. That the Electric Bicycle Co. ended in bankruptcy is unfortunate. However, he remains convinced that electric vehicles are the future.
“We’re starting to see people from all over the world coming up with (electric) vehicles that they think might be good sellers,” Bricklin says. “These people are building cars that will bring us into the next generation of vehicles.”
He’s talking about plug-in electric vehicles – cars powered by powerful electric motors that rely on lithium-battery power to propel them. But in order for plug-in electric vehicles to be successful Bricklin says two things must be present in the current North American market.
“First, there needs to be a dealer infrastructure — at least 250 dealers that are going to sell and service these kinds of vehicles,” he says.
Electric vehicles will require dealers who are willing to specialize in electronics. EVs are completely different than those powered by internal combustion engines — we’re talking about volts, amps and electric motors rather than gasoline, pistons and cylinders.
“It’s going to take a different kind of person,” Bricklin maintains. “And second, we need to be able to have components for these kinds of vehicles that are competitively priced. It doesn’t matter how cool your vehicle is, if you can’t buy batteries, controllers or motors you’re not going to be successful.”
Enter Bricklin.
He plans on placing large orders for just these types of components, thereby allowing him to build his own vehicle. With large orders, he brings down the cost of production, And with a lower price, he can turn around and sell necessary parts to other builders. For example, if he orders 250,000 battery components, and only needs 150,000 of them, he will pass on costs savings to smaller electric vehicle producers.
And that’s a bit of a mind-shift.
“Most people (would) want to take the technology and keep it for themselves,” Bricklin says. “But we’re saying ‘That’s not how you start an industry’.”
Bricklin’s Visionary Vehicles would take on a number of roles, including that of manufacturer, parts supplier, distributor, and ultimately, retailer. He’d like to establish a dealership network that not only sells his luxury car, but also sells vehicles from other makers to help fill every segment. Bricklin is not, for example, planning on building a plug-in electric SUV or sports car.
He is adamant that the Visionary Vehicles luxury plug-in will be available by the end of 2009. Whether his venture works remains to be seen.

Photo courtesy Visionary Vehicles — Another view of a 1/4 scale model of the luxury plug-in electric vehicleMalcolm Bricklin expects to sell by the end of 2009.

There are many other players in the electric vehicle world. Some, for example, include Tesla, Phoenix Motorcars and ZENN.
Arizona-based Tesla has some of its Roadsters on the road, and the traditional motoring press is enthusiastic about the dynamics of this vehicle. The Roadster is capable of a mind-boggling 0 to 96 km/h in just four seconds. Tesla has plans to expand, using the Roadster’s fundamentals in a performance sedan that can be sold for less money at higher volume.
Phoenix Motorcars in Ontario, Calif. builds two kinds of fleet vehicles — a mid-size four-door pickup and a mid-size SUV. According to the company’s website, Phoenix is focused “on fleet sales to companies, organizations and agencies in California needing economical, energy efficient, zero-emission (vehicles).”
There’s also ZENN Motor Company, the Toronto, Ont. based manufacturer of the ZENN (Zero Emissions No Noise) Neighbourhood Electric Vehicle, a three-door hatchback that features power windows, power locks and a heater.
And then there’s the return of General Motors to the electric vehicle market.
After being lambasted for pulling the plug on its EV1 (the subject of a film called Who Killed the Electric Car?), General Motors has burned a u-turn on electric vehicle development. The manufacturer has been showing off its Volt concept car, a vehicle the company hopes to launch by 2010.
As Bricklin says, “I’m not starting a revolution, (but) helping the evolution.” 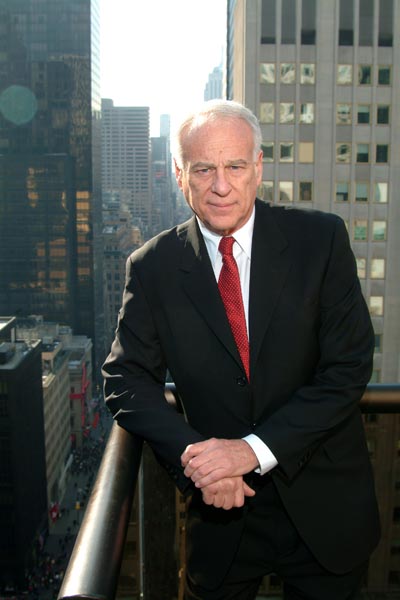