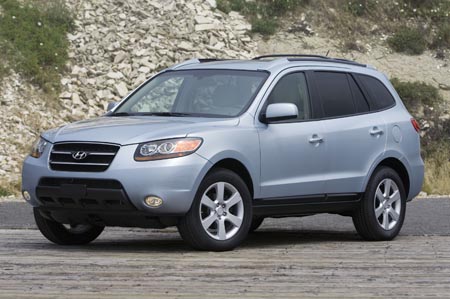 Greg Williams, For the Calgary Herald

Calgary accountant Bart Vultaggio describes himself as cheap when he says he has just over 270,000 kilometres on his 1993 Chrysler Voyager van, which he calls his “old warhorse.”

What’s more, he probably won’t replace it until the odometer reads 300,000.

But after driving the 2007 Hyundai Santa Fe SUV for a week, he concludes the vehicle represents “really good value for the money.”

“I wish I could take it to Montreal on a long drive, and it would be easy to continue parking the Santa Fe in my driveway. I’m sure my neighbours would say: ‘He finally broke down and bought himself something new.’ “
Click here to read the rest of the story in the Calgary Herald…
Share This