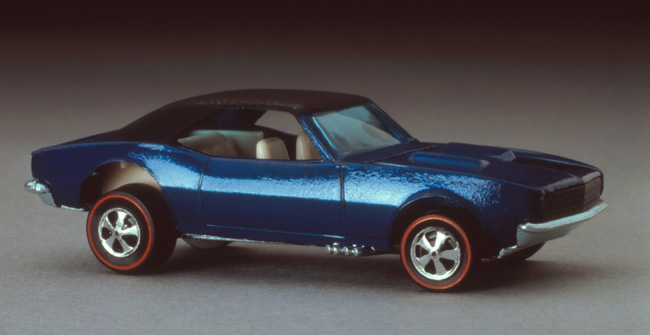 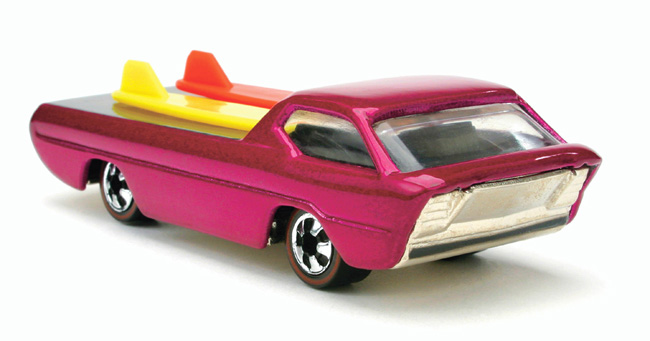 Hot Wheels.
The very name conjures images of one of the most enduring and popular childhood toys.
And the Hot Wheels brand celebrates a milestone in 2008. The cars and associated accessories turn 40 — and the pint-sized vehicles have become a legend in their own time.
“Hot Wheels are a part of pop culture,” says Mattel’s Hot Wheels brand manager Kathleen O’Hara. “Over 41 million adults grew up with the brand, and dads and even grandpas are passing on their cars to their own children and grandchildren.”
Hot Wheels have become highly collectible, with one rare example — an original rear-loading Spectraflame pink 1969 Volkswagen Beach Bomb — fetching close to $72,000 at an auction in 2000. Only 25 examples of the rear-loading Beach Bomb, where a surfboard poked out the rear window, were produced and only two pink ones are known to exist.
Elliot Handler, Mattel co-founder, was the man behind bringing the Hot Wheels cars to life. In 1968 he hired designers working for real automakers and charged them with the task of creating the best miniature die-cast toy cars available. Hot Wheels certainly weren’t the first die-cast toys. Names such as Britain’s Dinky, Lesney and Matchbox come to mind.
But Hot Wheels were different. The first cars, known as the ‘Sweet 16’, appealed more to a young American market due to the fact the cars were based mainly on U.S. designs. Among others, there was a Corvette, a Cougar, a Barracuda, a Firebird and a Mustang. Other designs were a bit more outrageous, including one called the Beatnik Bandit; legendary customizer and artist Ed ‘Big Daddy’ Roth designed this car.
Handler originally planned to call the line of die-cast cars California Customs, as the models were to reflect the west coast hot rod scene with trim such as hood scoops, wild colours and decals. 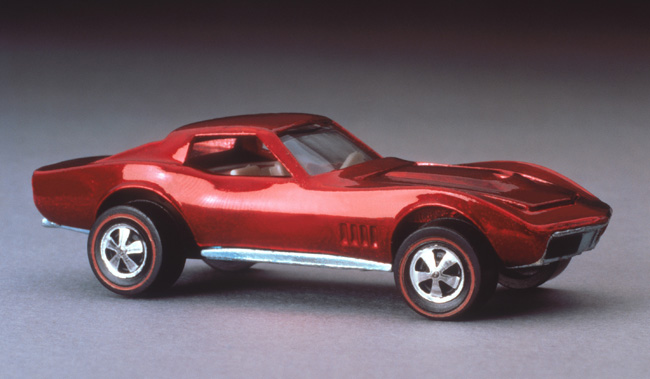 “But one day when Eliot was pulling into the parking lot he saw a co-worker’s hot rod, and he said to him, ‘Those are some hot wheels’,” O’Hara says. The name stuck.
Adding to their almost instant popularity in 1968 was how the Hot Wheels toys ‘played’.
“It’s always been important for Hot Wheels cars to move fast, and Eliot wanted to make sure kids could drive them,” O’Hara says.
To that end, the Hot Wheels cars featured fully independent torsion bar suspension and wheels that moved freely and spun quickly. This allowed the toys to move along the unforgettable orange racetracks, which kids could, and still can, set up rather elaborately.
More than three billion Hot Wheels cars have been produced since 1968, and the brand has continued to expand with new track and play sets. In fact, as a Hot Wheels trivia sheet points out, those three billion toys are more than the combined total of cars manufactured by Detroit’s Big Three automakers — General Motors, Ford and Chrysler — since the start of the automotive industry. 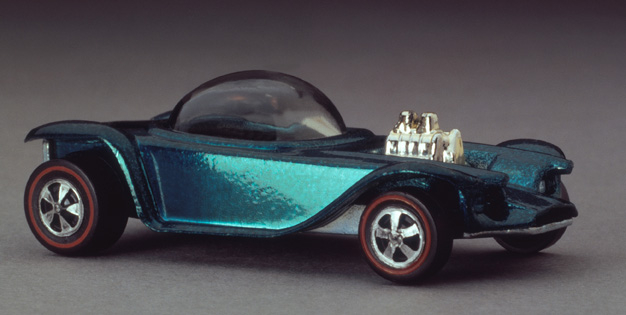 Helping kids of all ages celebrate the 40 th anniversary of Hot Wheels is a new program called Licence to Play (hotwheels.ca). Over the next few months, O’Hara says, there will be more to come on the brand’s website, including a birthday club and an online scavenger hunt. There is also a new line of cars called Since ’68. This line includes, among others, vehicles chosen by Hot Wheels Collector Club enthusiasts as the cars they’ve liked the best over the years. 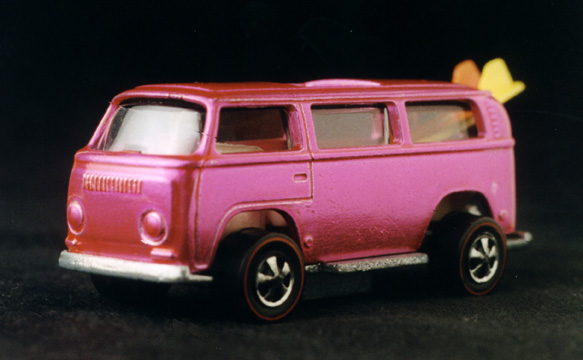