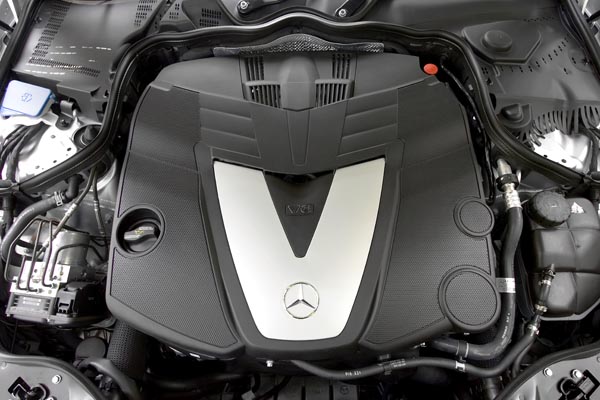 Diesel power is enjoying a renaissance.
At the latest North American International Auto Show several vehicle manufacturers showed off or announced numerous upcoming diesel products.
And that pleases Allen Schaeffer.
?(The NAIAS) is traditionally about horsepower and concept cars,? Schaeffer said from his Frederick, Maryland office. ?This year it was more about shades of green.?
Schaeffer is executive director of the Diesel Technology Forum (dieselforum.org) and he said: ?A lot of technologies are being put out there to bring green auto technology to the next level, and diesel has started showing up with some regularity.?
He noted gasoline engines are getting better economy, hybrids increasingly efficient, and a growing number of flex fuel vehicles are available.
Schaeffer said, ?And there is diesel as well. It?s good to be a part of that party, because a lot of people predicted we wouldn?t be invited.?
According to a Diesel Technology Forum news release numerous automakers including Audi, BMW, General Motors, Honda, Jeep, Kia, Mercedes-Benz, Mitsubishi, Subaru, Toyota and Volkswagen announced or introduced 13 diesel vehicles to the U.S. market at the 2008 NAIAS, and went even further by unveiling four concept cars featuring a diesel powertrain.
The same news release states BMW unveiled two new diesel vehicle models, and Volkswagen will introduce an updated clean diesel Jetta into the U.S. market this year. GM has plans to put a diesel engine in the Chevy Silverado beginning in 2009, and Audi unveiled the A4 sedan and expects to start selling the Q7 3.0 TDI by the end of 2008/early 2009.
Honda also announced plans to put diesel engines in Acura vehicles starting in 2009, with the Honda lineup to follow and Kia introduced the Borrego SUV, which will offer consumers a diesel version in the next two to three years.
Diesel power has been around for quite some time. Invented by Rudolf Diesel in Paris, he was issued a patent in 1892 for an engine that would see the pressure inside a cylinder ignite the fuel ? rather than requiring an outside source such as a spark plug for ignition and therefore combustion.
At the time of his invention steam engines were powering the majority of industry. Not surprisingly, steam operated at about 10 per cent efficiency, while the diesel engine was thought to achieve a figure close to 75 per cent efficiency. That figure was further enhanced as the diesel engine was developed. His engines went on to power electric and water plants, mines and pipelines, ships and locomotive generators ? and cars, buses and trucks.
Up until the last decade, the diesel engine was noted for being somewhat noisy and dirty. However, advancements in diesel fuel itself with a much lower sulphur content and the way fuel is delivered to the cylinders and how the exhaust is scrubbed clean have virtually made the diesel engine a champion among the green auto community and fuel efficiency aficionados.
According to R.L. Polk & Company, figures show since the year 2000 registration of diesel passenger vehicles in the U.S. has grown 80 per cent. In 2005, close to 550,000 diesels were registered, up from 301,000 in 2000. There are those who might have the temptation to recall the diesel powered auto products of the 1970s and 1980s.
?That?s the same thing as saying to a teen with an iPod, ?Remember the transistor radio??? Schaeffer said. ?We?re talking about the future, and it?s clean diesel. Folks truly aren?t as negative about diesel as some people might think.
?There?s a large percentage of people (looking for alternatives) who don?t know enough about diesel to form an opinion.?
And to those people who are looking for an alternative to gas-guzzling vehicles the new clean diesel will appeal. Without any loss of performance ? diesel engines are noted for their prodigious torque and linear power curve ? a light-duty diesel engine will typically get 20 to 40 per cent more kilometers per litre than a gasoline-powered equivalent.
?Any automaker that has introduced a diesel vehicle in the last few years has been pleasantly surprised with its reception,? Schaeffer said. ?And that?s generally a good sign.?