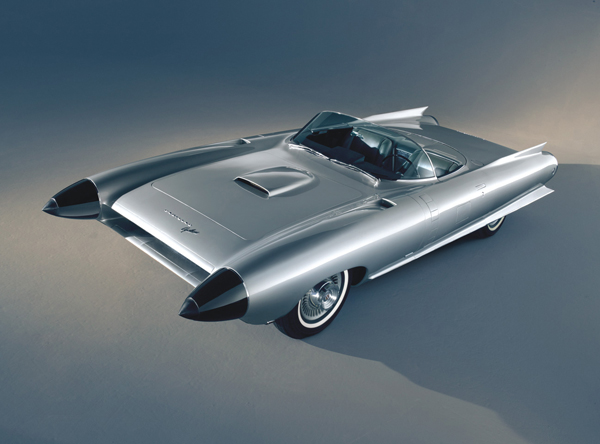 Some great motoring magazines include titles such as Automobile, Car and Driver, Hot Rod, Motor Trend and Road & Track.
How about Architectural Digest?
Probably not the number one selling auto enthusiast’s publication, but the iconic American magazine devoted to all aspects of important design does regularly feature motoring content.
And the May 2008 issue is no exception (www.architecturaldigest.com). Dubbed the Great Design Issue, noted architects and designers were asked to select an item — in their own lives — that reflects the pinnacle of style. Selected items are all over the map, including jeans, jewelry, bicycles and furniture.
Not surprisingly, several autos and even a couple of motorcycles made the issue, including a 1955 Mercedes-Benz 300SL, a Smart ForTwo, a 1968 Lincoln Mark III and a 1950s Vincent Series C Black Shadow motorcycle.
“Good design, wherever it is found, is what we are after in the magazine,” said an Architectural Digest spokeswoman.
In the pages of AD, American architect Antoine Predock said this of the Vincent Black Shadow motorcycle: “Some inanimate things transcend their materiality and break out the other side with ineffable spirit. It’s technically and culturally iconic and an amazing ride.”
And architect Bernard Wharton said this of the Lexus RX400h luxury hybrid SUV: “It’s a design that looks to the future through its styling and mechanical innovation.”
Also included in the AD Great Design Issue is a review penned by architecture critic Joseph Giovannini of The Great Age of American Automobiles, an exhibition at the Museum of Art in Fort Lauderdale, Florida. The exhibit is in place to June 23.
“I’m an architecture critic, but I grew up in the car culture of southern California and a 1967 Jaguar 420 is one of the loves of my life,” Giovannini said on his cell phone from the hills of Los Angeles during an architectural house tour.
Giovannini is a principal of Giovannini Architecture, a firm with offices in New York and Los Angeles. He is an architecture critic for New York Magazine, an editor-at-large for Architecture Magazine and a frequent contributor to the pages of AD.
In the article, Giovannini refers to automobile design from the 1940s through the 1960s as the golden age for Detroit manufacturers.
“There was a quality of enthusiasm and a belief in progress that suffused the auto industry for 20 years after the Second World War,” Giovannini said. “In the 1920s cars still resembled horse-drawn carriages and included wood (in their construction) and were basically boxes on wheels. That changed in the 1930s with the arrival of Art Deco, but the real break out period was after the war.
“There was a notion of designing towards the future — and that included airplanes and rockets in (auto) design.”
At the Fort Lauderdale exhibit are artist’s renderings of futuristic autos together with actual concept cars (1959 Cadillac Cyclone, 1963 Chrysler Turbine) and production vehicles (1958 Chrysler 300D, 1965 Plymouth Barracuda). It is in the renderings of stylized hybrid helicopter-cars and airplane-cars that Giovannini says designers really pushed auto experimentation to the edge.
“Technology was around, and it was in the air. That became the inspiration and metaphor for car design,” Giovannini said.
In Giovannini’s opinion something happened to car design in the early 1970s that made the American automobile a bland product. As he said, all of the renderings in the exhibit were drawn by hand, and he’s not sure if the advent of computer designing programs coincided with the plethora of staid offerings.
“But, car designs have again become more enticing,” Giovannini said. “In fact, I’d say auto design is coming back full throttle.” 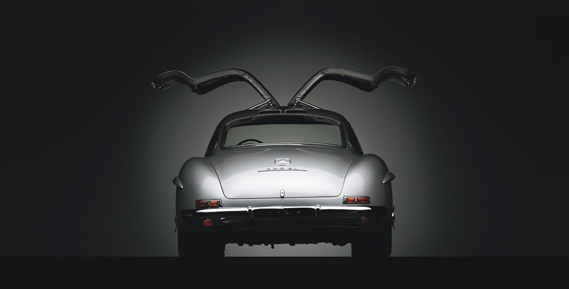