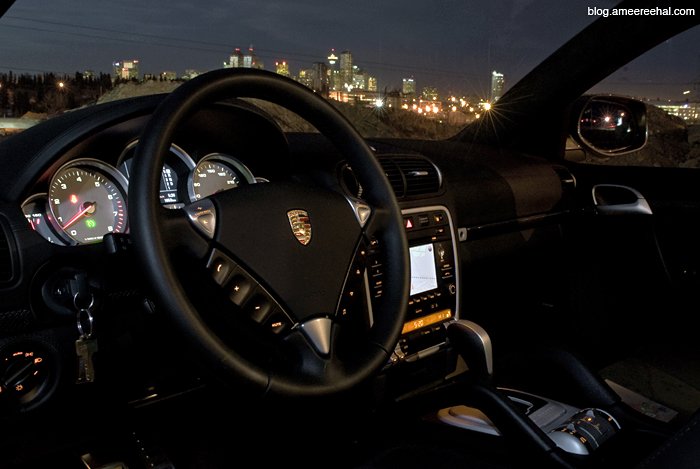 Car stereos have been on the road longer than Jack Kerouac.
After getting in the car and firing up the engine the next step is usually turning on the sound system.
Almost instinctively, we reach for the stereo knob and crank up the volume — whether it’s a book on tape, talk radio, a Green Day CD, or Beethoven on the iPod.
From heavy tube-type AM radios, to transistor AM/FM units, to 8-track cassettes, CD players and on to satellite radio and iPods, car audio has become de rigueur and it is hard to imagine any vehicle without some kind of sound system.
In fact, according to Glen Barreth, vice president of operations at Calgary’s Wood Automotive Group, every new car sold — from a base Kia Rio to a loaded Chrysler 300 — comes fitted with a factory sound system. And at the very least, that system is an AM/FM radio with CD player.
There was a time not that long ago when a radio, and AM radio at that, was an option — and if it wasn’t installed in the vehicle there was a blank plate covering the hole in the dash where it would go.
In the early to mid-1920s radio was a relatively new technology, and the radios were becoming as commonplace in the home as a TV or computer is today. A home radio was often a large, floor model unit in an ornate wooden cabinet.
And what’s in the home eventually moves to the car. Early enthusiasts adapted home-style radios to operate in a vehicle, but credit for the first purpose-built automotive radio system is given to the Galvin Manufacturing Corporation of Chicago, Illinois. Brothers Paul and Joseph Galvin bought out a company that was building battery eliminators — essentially a device that allowed a battery operated radio to run on household current.
In 1930, the brothers built the first car radio, the model 5T71, and marketed it under the Motorola brand name. Motorola was an obvious name choice given the automotive industry — ‘motor’ combined with the ‘ola’ suffix.
Early radios, which were AM only, were built of metal and glass and had several vacuum tubes and a speaker. Needless to say, they were heavy units. Cars of the day had large metal dashboards, and the radio was installed right in the middle of the dash. Unlike today’s cars, where the underside of the instrument cluster and centre console are completely concealed, older vehicles were open under the dash making installing and removing a radio an easy endeavour.
Advancements in car audio included AM scanning technology, including GM’s Delco Wonderbar feature. Pushing the Wonderbar caused an electric motor to turn the tuning knob, and the tuner would stop at the next available AM station. Speakers moved from the radio itself into to the dash and the rear package shelf, giving much better sound quality.
And, some auto companies sold units that played special-pressed seven-inch records at 16 2/3 rpm. Chrysler offered the Highway Hi-Fi system from 1956 to 1961-62.
This is from an Oct 12, 1955 Chrysler press release: “For 1956 Imperial introduces the high fidelity record player. Small, neat and compact, the unit measures only slightly more than four inches high and less than a foot wide. It is mounted under the instrument panel, and plays through the radio speaker.”
Delco also dabbled with a car record player — but neither system could be considered a commercial success.
Reel-to-reel tape players were also offered, but real advancements in car audio weren’t made until the 8-track tape player became available. By the mid-1960s AM/FM radios were in the dash, and the 8-track player could be installed under the dash. Now, drivers could listen to a favourite radio station, or bring with them tunes of their choice.
From that point on, car audio systems and the inherent technology progressed rather quickly. By the late 1970s and early 1980s aftermarket manufacturers such as Alpine, Sony and Pioneer produced compact cassette players, complete with radios. Power output, boosted by car audio amplifiers, turned automobiles into rolling sound labs.
Compact discs were first commercially available in 1982, and this sound recording technology revolutionized the audio industry. It wasn’t long after that the big-name players in the industry were offering in-dash aftermarket CD players, and CD changers that allowed more than a single disc to be played.
Technology allowed installers to fit small video screens into cars, and the next wave of in-car audio was navigation systems and DVD players — sure to keep backseat passengers quiet on long road trips. Now, systems such as Blue Tooth allow all (or most) electronic devices a person might carry to communicate in concert, and in sync inside a vehicle. The living room (or home media centre) has moved into passenger vehicles and the technology is no longer just the domain of small shops customizing car audio systems.
Auto manufacturers have offered factory installed DVD systems since the early 2000s, and in keeping with the rapid pace of development, many new car stereos offer iPod connectivity. 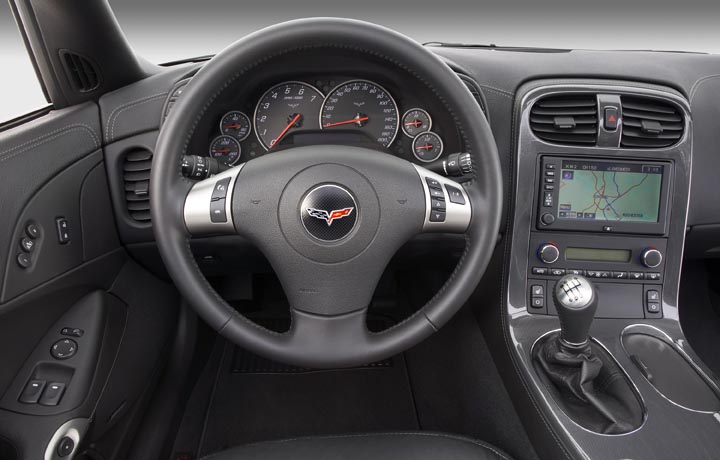 dB (decibel) Drag Racing
Nobody really appreciates the thump, thump, thump and window rattling bass that can sometimes be heard coming from a vehicle while stopped at a red light in the city. Taking it off the street, however, are serious car audio enthusiasts who spend thousands of dollars outfitting a vehicle with amplifiers and subwoofers, preparing it for an event called a dB drag race. These events have become popular in the U.S. and other countries, and participants compete to learn who has the loudest car audio system.
In the interests of safety, the ‘racer’ is not allowed to be in the vehicle; rather, the car or van is sealed up tight with a decibel-measuring instrument inside. Remote controls are used to turn on the system, and the winner is the participant with the loudest system, plain and simple.
According to the www.termpro.com website, which is devoted to custom car audio and sound measurement, the 2008 record was 180.8 dB. For comparison, a normal conversation measures about 60 dB, a rock concert or airplane jet engine at 120 dB, and a gunshot at 140 dB. 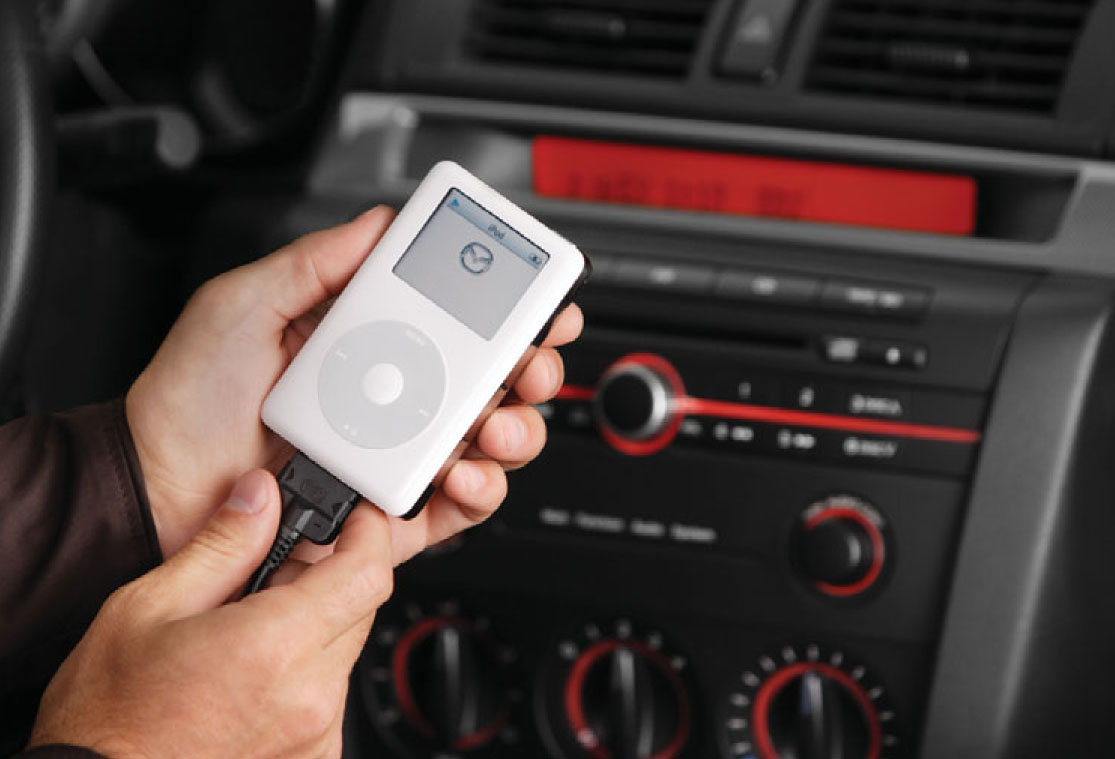 We talked to three Calgarians about the music they listen to while doing their driving. One’s a motorcyclist, another a teacher and mother of two boys, and the last is a long haul trucker.

Wade Youngman
Calgary motorcycle enthusiast Wade Youngman has been riding for 36 years. Youngman also likes his music, and regardless of the machine he’s wired for sound. As the tour coordinator for the Calgary Motorcycle Club, Youngman routinely covers 16,000 to 17,000 kilometres a year. He didn’t have the capability to take his tunes with him until he got a 1978 Kawasaki KZ1000 fitted with a Vetter fairing — there was a spot to install a radio cassette deck.
Now, Youngman uses the factory stereo in his 2000 Harley-Davidson Electra Glide Classic, or plugs his helmet speakers into his iPod when he’s aboard his 1997 Kawasaki KLR 650.
Here is Youngman’s list of music he’d likely listen to while on the road.
1. The Beatles
2. Blue Rodeo
3. Kid Rock
4. Natalie Cole
5. Sam Cooke
6. Johnny Cash
7. Billie Holiday
8. Herman’s Hermits
9. Elvis
10. AC/DC
“My tastes are pretty eclectic, and it only gets worse from there,” Youngman says. “It’ll be the White Stripes one minute, and Dean Martin the next.”

Donna Franke
Donna Franke is a teacher and mother of two boys, ages nine and 12. She spends a lot of time driving to school, various soccer activities in the Calgary area and traveling to her family’s ski condo in B.C.
Franke most often is driving their 2006 Acura MDX, and while on the road, whether alone or accompanied, she likes to listen to a variety of music typically on the radio. If driving on the highway she will use an iPod.
She says that with the popularity of the video game Guitar Hero her children recognize and enjoy many of the same tunes she connects to from her youth. That said, she has also come to appreciate some of the new bands her children enjoy and has gained an appreciation for jazz; her husband’s preference.
Franke’s list, although numbered, is in no particular order.
1. The Eagles
2. The Doors
3. Blue Rodeo
4. Santana
5. Sarah McLachlan
6. Pink Floyd
7. AC/DC
8. Finger Eleven
9. Led Zeppelin
10. Red Hot Chili Peppers
“My favourite songs are ones I can sing along to — though typically when I drive alone, to avoid complaints,” Franke says.

Bent Thomsen
Lease-operator Bent Thomsen owns his own tractor, a 2007 Freightliner, and says he’s been trucking for close to 20 years. He can get in his rig and leave Calgary and be gone from eight to 14 days. It’s a job that takes him all over North America, although he doesn’t get to the east coast very often. Thomsen will travel down to San Diego, and across the U.S. to Florida before coming home. Recently, he hauled a load up to Anchorage, Alaska. He says music for him is more of a mood generator, and what he’s listening to depends on how long he’s been in the truck, and where he is.
“It’s more about the genre of music than the artist for me,” Thomsen says. “It depends on my mood, and, for example, whether I need something to keep me awake at night, or relaxed during a drive through L.A.”
He uses the factory Freightliner stereo, but has a satellite radio tuner box hardwired into the system. Thomsen has also added some speakers to the outfit.
We really had to press Thomsen for a list of artists, but this is what he finally contributed.
1. Govi
2. Mike Oldfield
3. Genesis
4. Phil Collins
5. Brooks & Dunn
6. Gary Allan
7. Tommy and the Shondells
8. The Eagles
9. Allan Jackson
10. The Rolling Stones 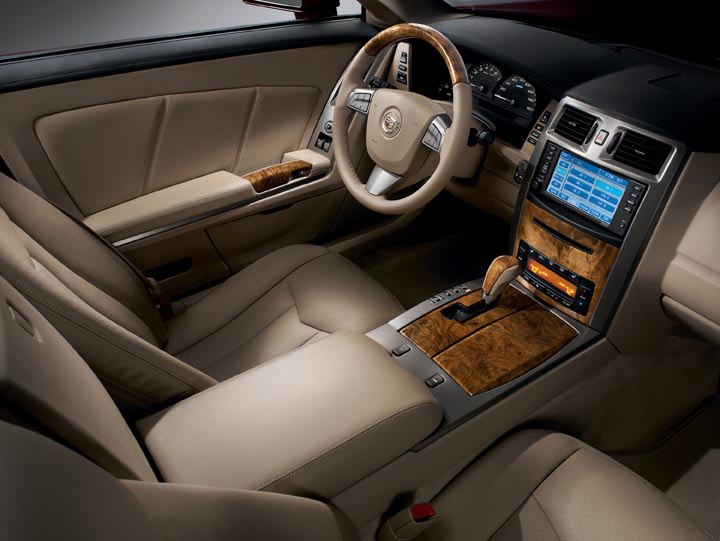