Found recently at a local antique show and sale, a very clean, but unused (we don’t know who participated) hillclimb program for the 1952 Western Canada Championship — the 22nd annual. The hillclimb event was sponsored by the Calgary Motorcycle Club, a group that formed in 1926, and which still exists today.

What’s most interesting about these pages are the ads for the Calgary area motorcycle shops that were active in 1952.

Indian Motorcycle Sales is Walt Healy’s shop, and it’s interesting to note that he was advertising Triumph machines. Harley-Davidson Sales, which at the time was on 17th Ave. W. was being operated by Franz Pados — a Hungarian immigrant who was involved with engineering and racing Douglas motorcycles before moving to Calgary. Harley-Davidson Sales was purchased by Bob Kane in 1957, becoming Kane’s Harley-Davidson. 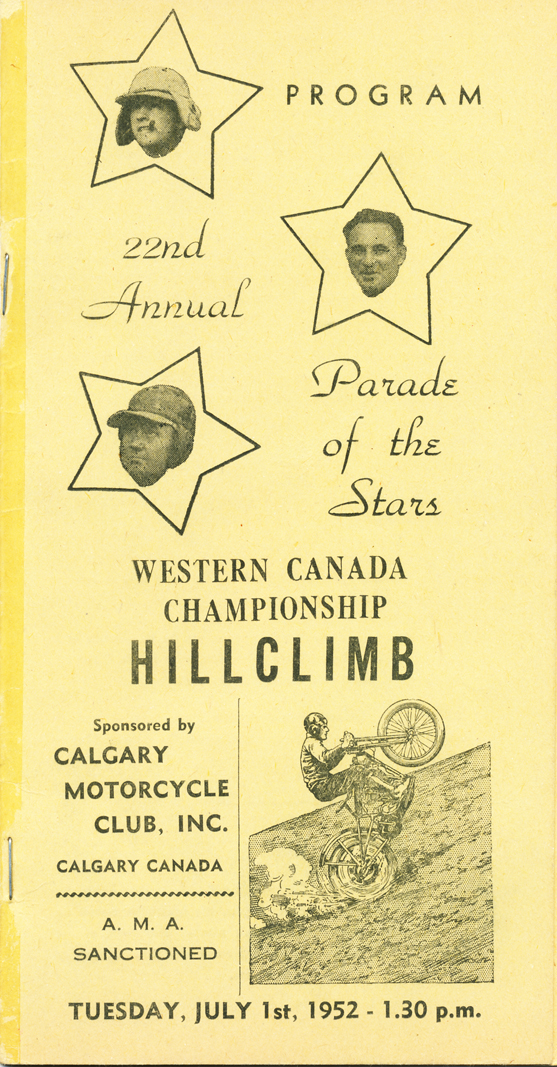 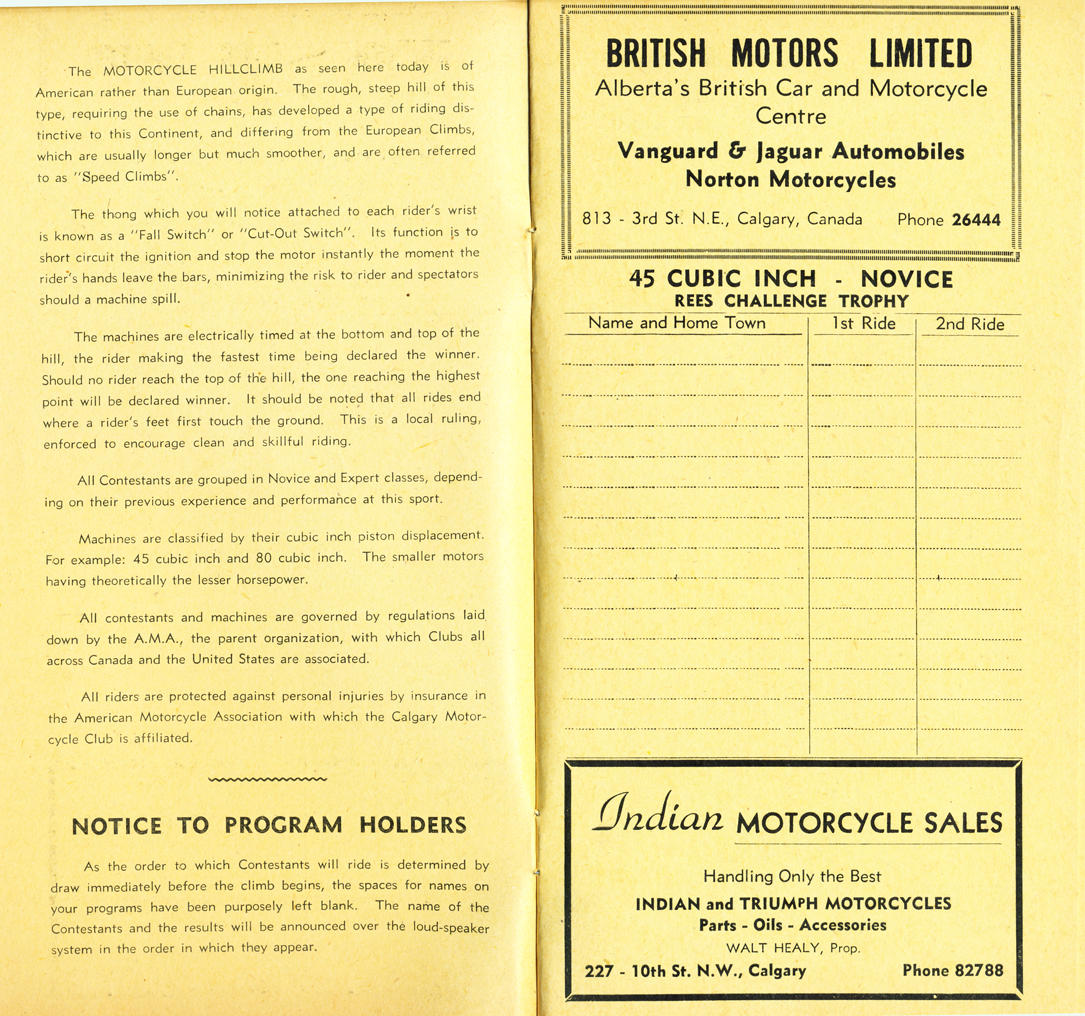 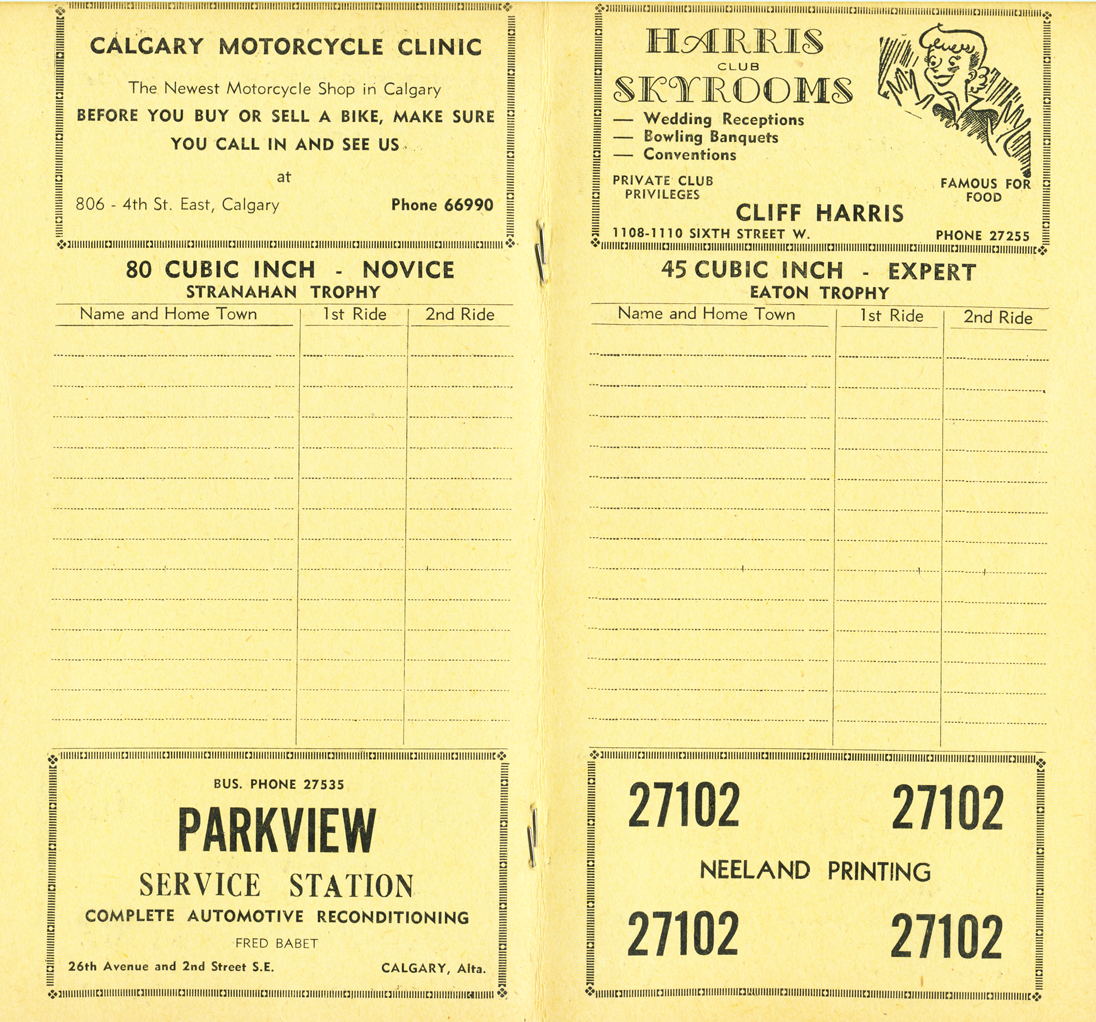 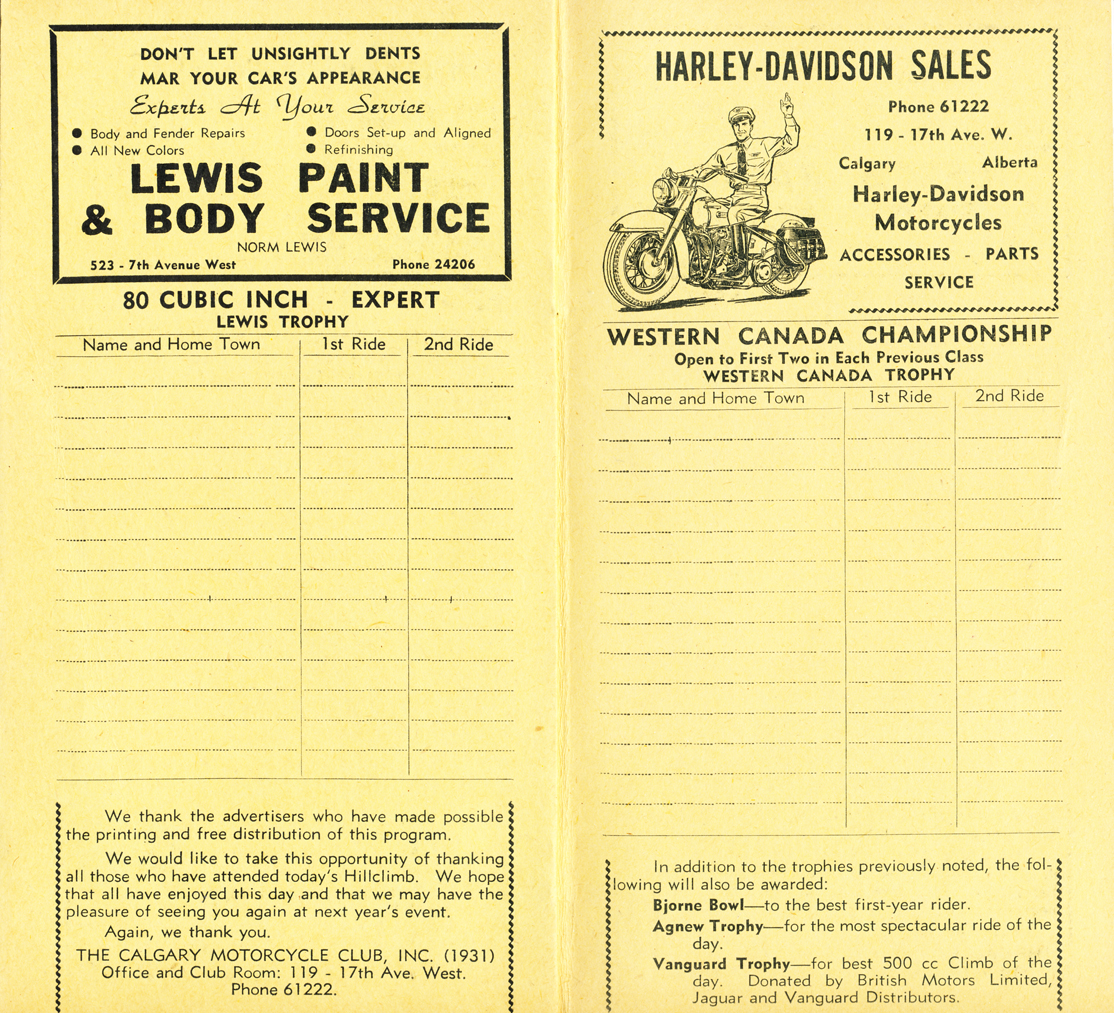 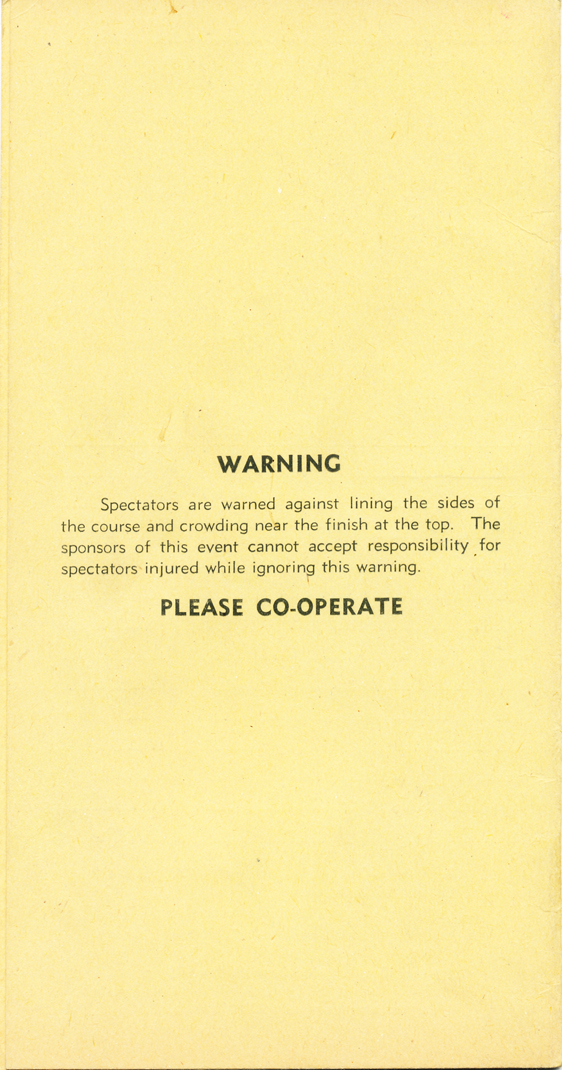