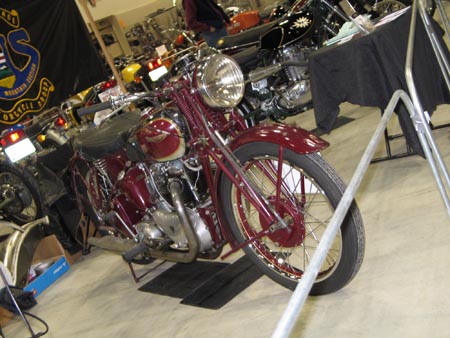 This is my 1939 Triumph Speed Twin, “rustored” by John Whitby. I acquired this machine from the estate of Bernie Nicholson, of Nicholson Bros. Motorcycle fame. Bernie is famous for his seven editions of Modern Motorcycle Mechanics, the bible for any British ‘cycle enthusiast. 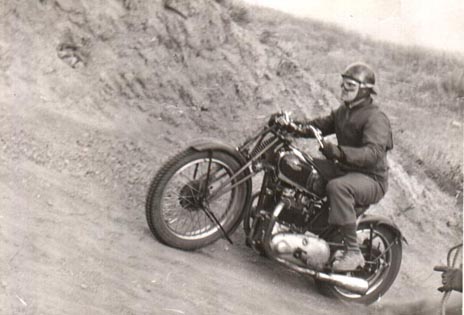 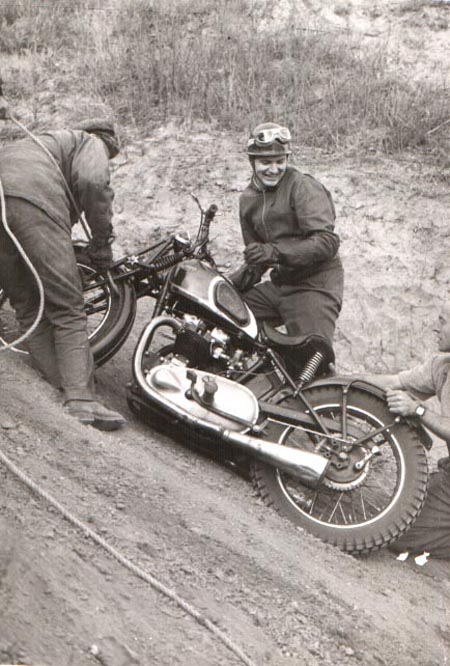 When the Triumph came home it was set up as a hill climb machine. Bernie had a set of megaphones on the bike, but for some reason he’d removed the girder front end. I began a search for the correct girder and was finally able to locate a 1940 girder fork, which has the helper, or check springs, on the side. While technically incorrect for the 1939 machine, it was better than nothing! My own motorcycle accident put this project to the side. But when John offered to put the bike together I didn’t hesitate. This motorcycle wears all of its original patina. John painted and distressed the fork, headlight and front fender. The mufflers also were ‘beaten’ to give them a weathered look. It took very little to persuade the Triumph to run. It likes to smoke a bit, but I think we’ll leave it as is for a while longer.