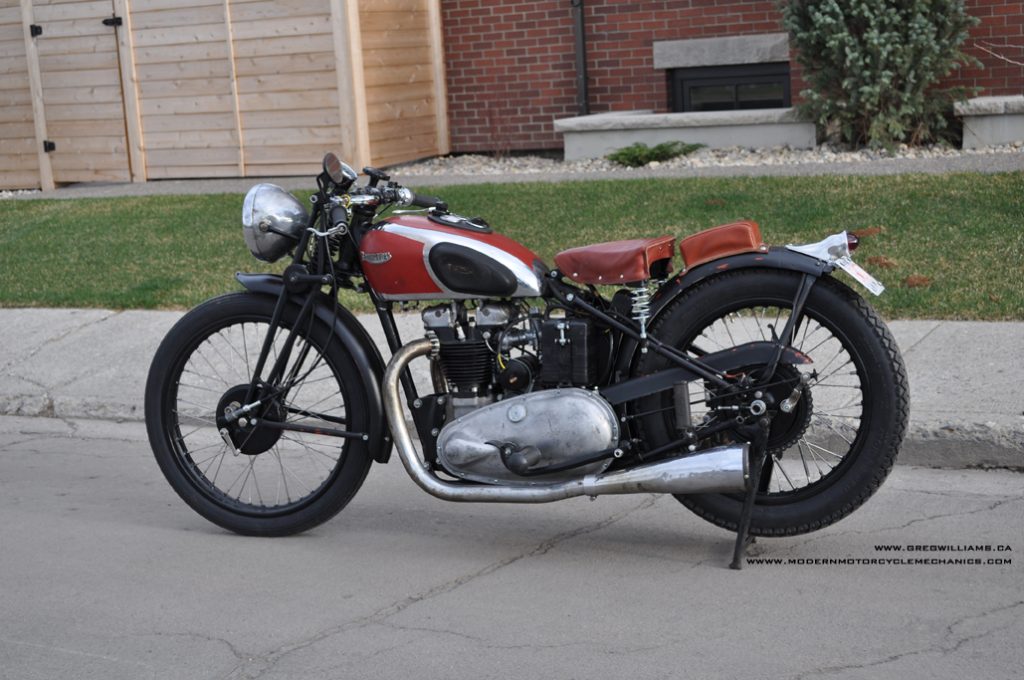 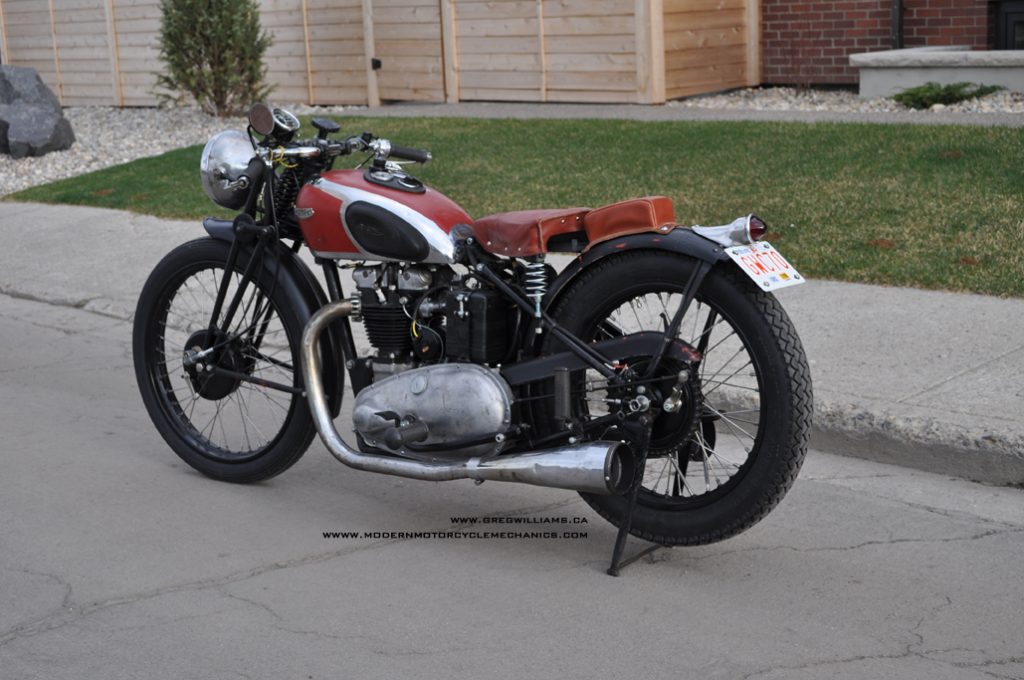 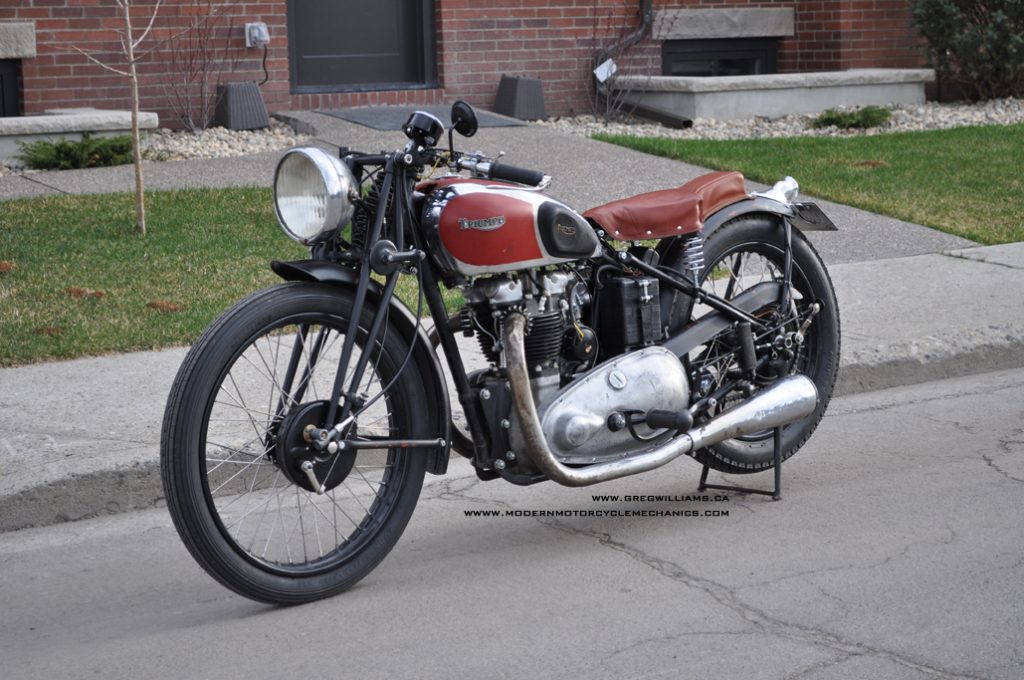 These photos were sent to me by Diana Gillrie, her father was Maurice Lapensee. He was an Ace-Hy member in the 1950s, and he rode a 1941 Indian Chief with sidecar. He married in 1956, and according to Gillrie, that’s when he sold his Indian for $50.

These photos were probably all taken around the same time, 1953, according to the one image. The hill climbs were most likely held near Cochrane or Bragg Creek; although the Ace-Hy club did run climbs on Tom Campbell’s Hill in Calgary. 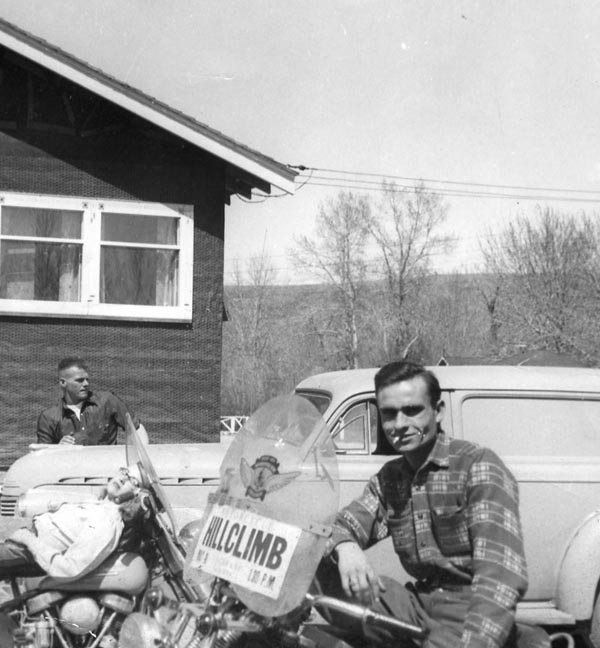 Maurice Lapensee with his 1941 Indian, above and below. 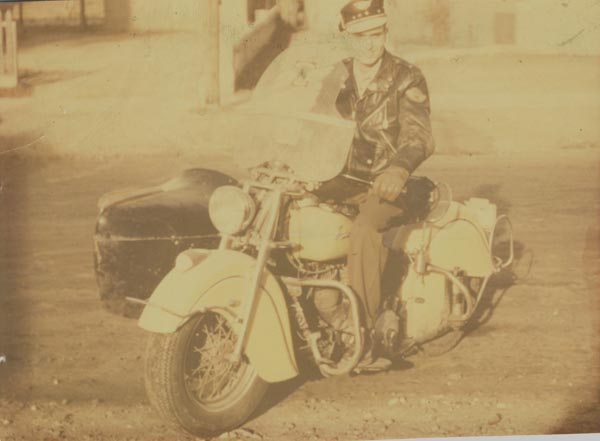 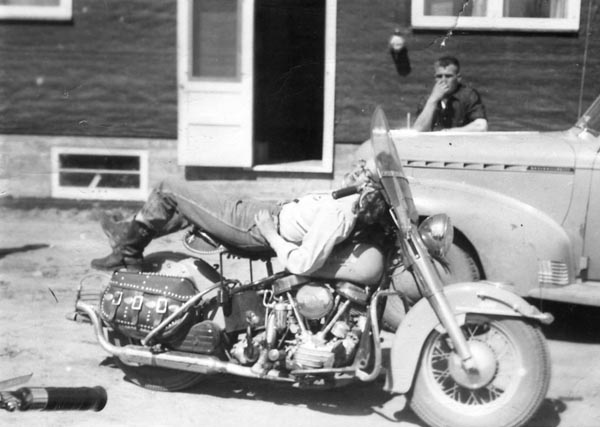 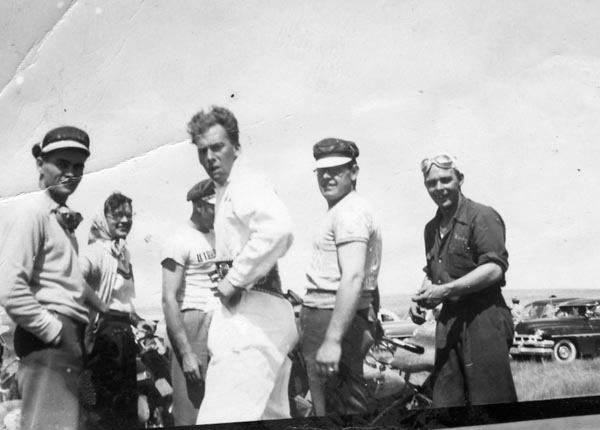 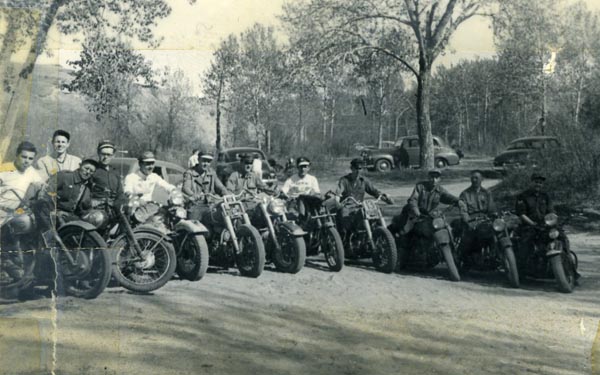 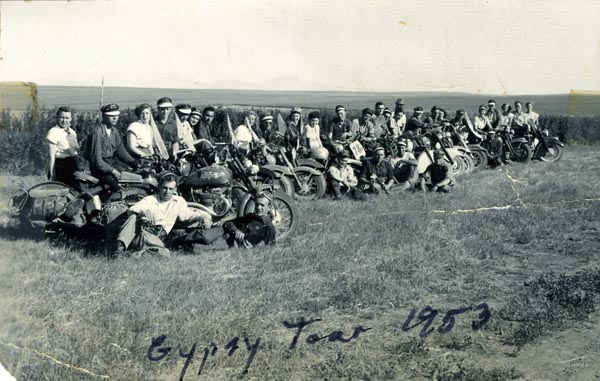 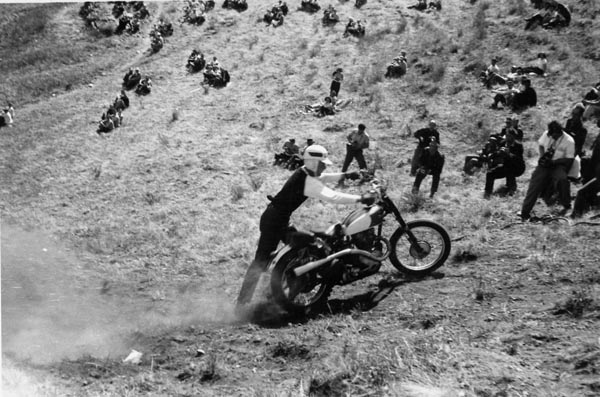 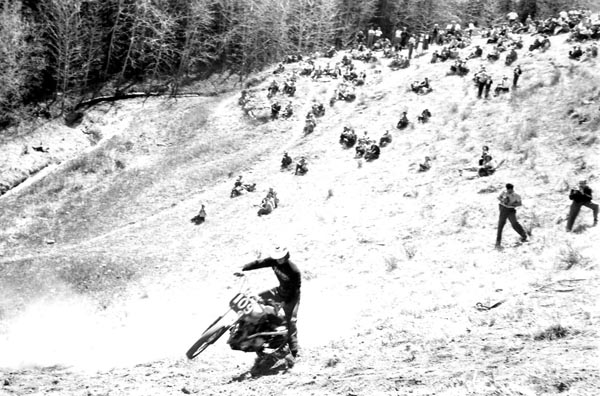 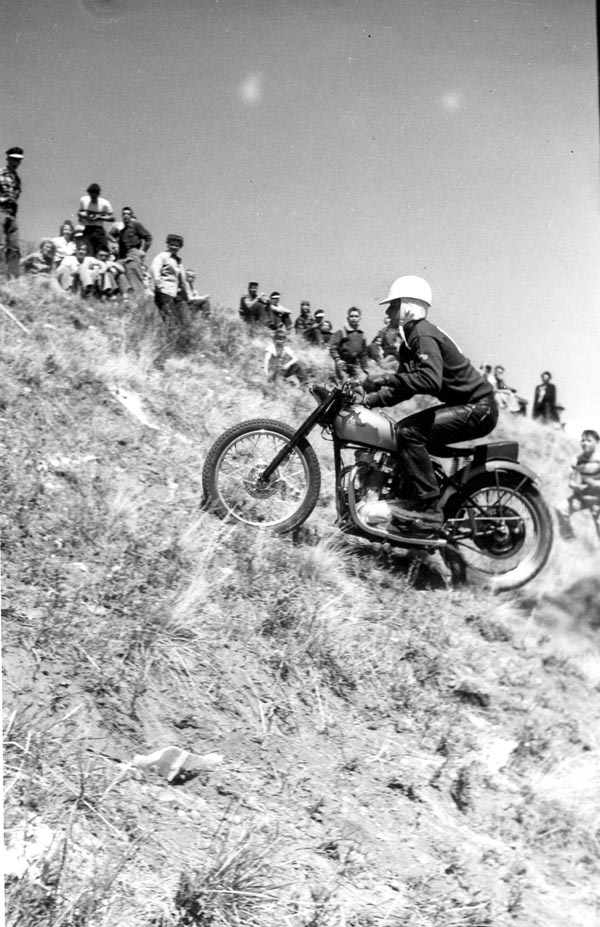 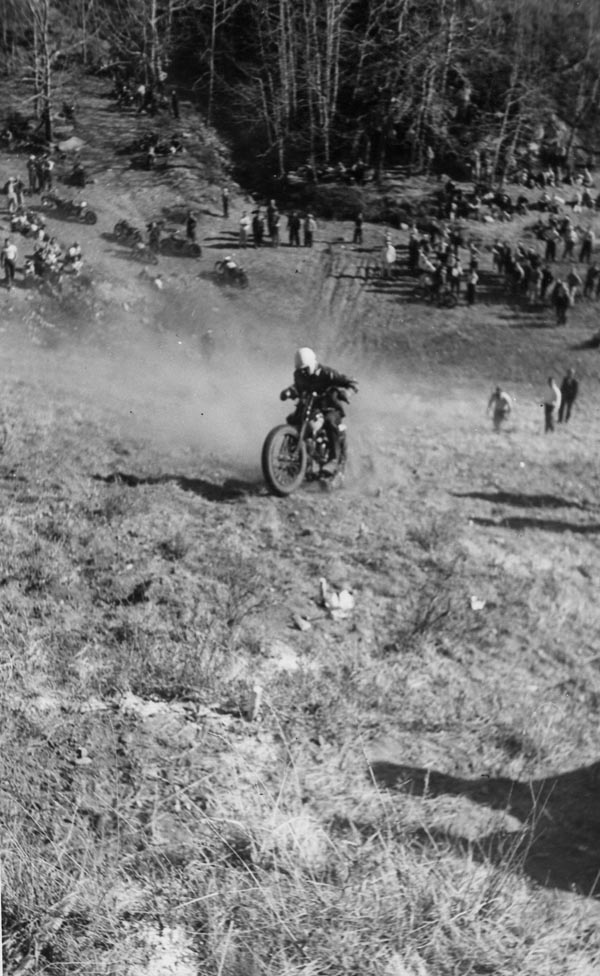 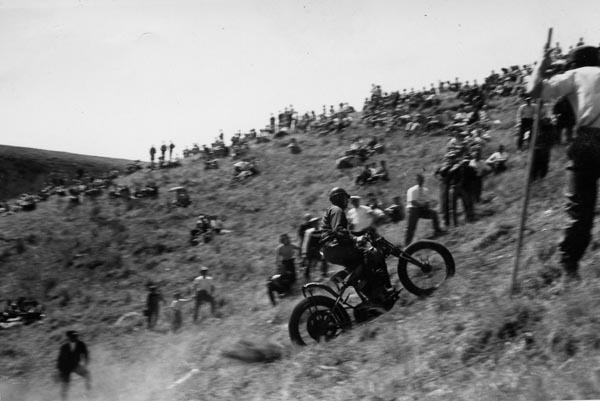 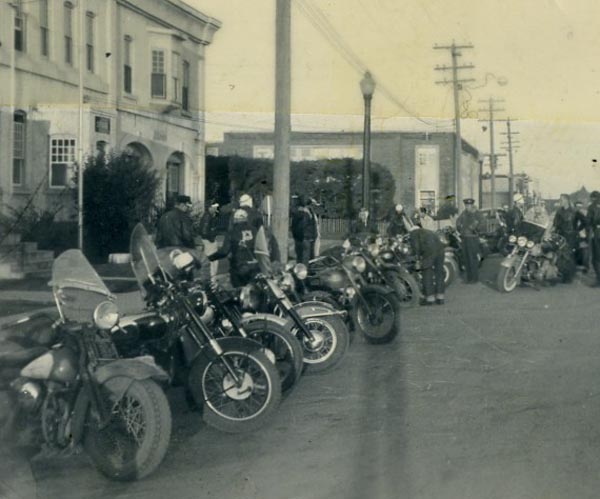