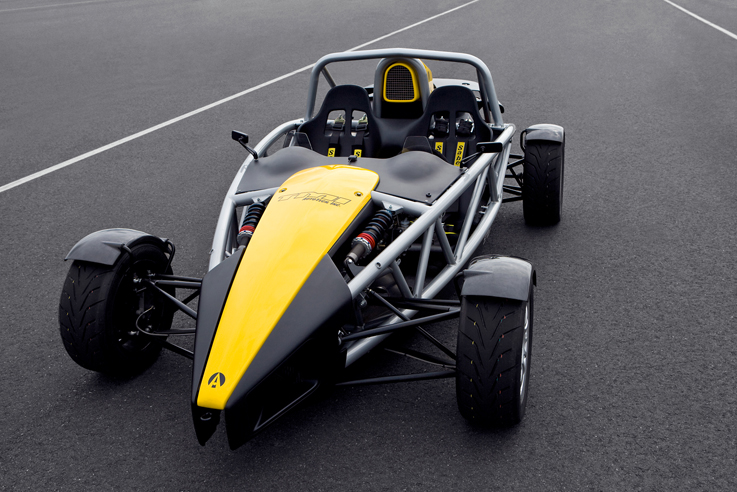 Ariel is a name that is familiar to vintage motorcycle enthusiasts.

The historic British maker got its start in 1870 with bicycles, and motorcycles followed in 1902. Ariel produced famed models such as the Square Four and Red Hunter before going under in 1970.

Today Ariel might become just as well known for a hot little supercar called the Atom.

Ariel Motor Company (U.K.) started life in 1991 under a different name, and designed the Atom in 1995 (arielmotor.co.uk). They acquired the Ariel name in 2001. There is quite a cottage industry in the U.K. of bespoke sports car builders and Ariel is among them.

Taking notice of the Ariel Atom was a group of three Canadian racecar aficionados now living in the U.S. They bought eight Atoms and set up a driving company that offered the ‘Ariel Atom Experience’ to individuals and corporate clients alike.

“Our background is motorsports, and we’ve worked with racing at many different levels across North America,” says Mark Swain, vice president, sales and marketing of TMI AutoTech, Inc. from his trackside office in Alton, Virginia. “In 2007 we were looking for something to do, and we developed the Ariel Atom Experience; where participants get to drive an Atom on the racetrack with an instructor,” and experience for themselves the thrill of driving a lightweight and powerful car.

That led to TMI AutoTech being granted the North American rights to build the Atom under licence (arielatom.com). In order to undertake this manufacturing task a facility was required. Swain says the best location was a 16,000 sq. ft. shop at the raceplex at the Virginia International Raceway.

They equipped the small manufacturing facility with some high-tech tools and started production.

“We can roll out the shop door and onto the track,” Swain says. “From chassis fabrication through to final assembly the Atom is built right here.” Approximately 50 Ariel Atoms are built in the plant each year.

But what makes the Atom so unique?

That question can be answered simply, acceleration and handling.

“It’ll do 0 to 60 miles per hour in under three seconds; it’s blindingly quick,” Swain says. “And it handles as well as it accelerates. You’re getting the performance of a million dollar car for one that starts at $50,000 – it’s good value for the performance dollar.” 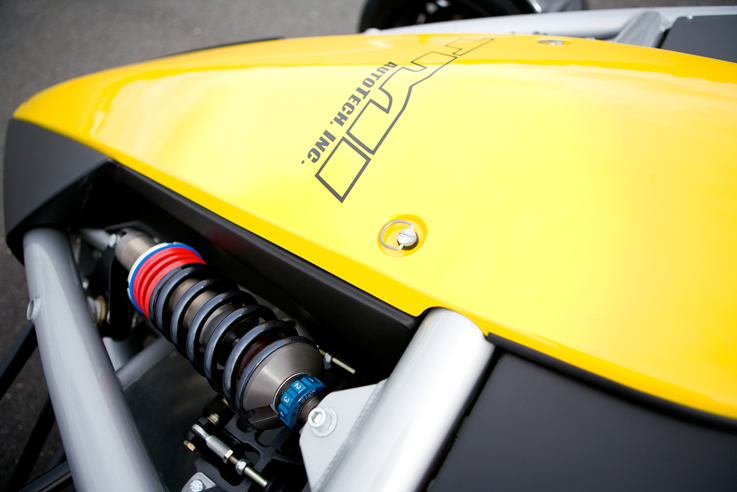 The Atom features an exo-skeleton chassis, meaning the frame tubes are exposed and there are very few lightweight composite body panels to cover up the architecture. In the TMI-produced car motivation is provided by a Japanese-spec Honda K20 power plant. This is the same engine that powers the Honda Civic Type R in the home market. The engine is mated to a six-speed, limited slip, close ratio gearbox. While the engine is meant to power a front wheel drive vehicle, imagine the power plant pushed to the back, making the Atom a rear wheel drive. 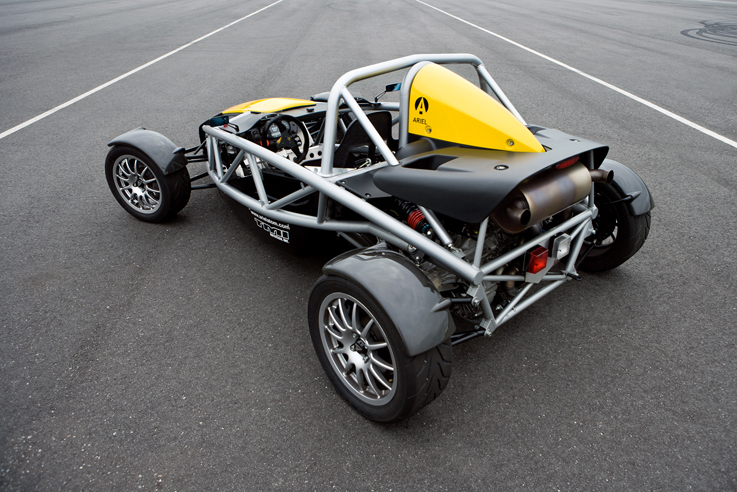 There’s no windshield. No doors. No hood to speak of. And that makes the Ariel Atom weigh a paltry 624 kg. For the sake of comparison, a Mazda MX-5 tips the scales (depending on specifications) at around 990 kg.

Some components of the car such as the wheels, brakes and engine are purchased form outside suppliers, but TMI makes the chassis, suspension pieces and the few body panels the car does wear. Each Atom is built to the buyer’s specifications, and while some will go through the requirements to make it street legal and register the car for the road the Atom is sold in North America as a racetrack-only vehicle.

There is a Canadian dealer in Montreal to support a core group of enthusiasts who participate in track days at venues such as Circuit Mont Tremblant in Quebec and Mosport International Raceway in Ontario. According to Swain, though, 95 per cent of their sales are to U.S. states where there’s no snow and the Atoms can be used on tracks year-round.

“You’re not out in the open as much as you are on a motorcycle,” Swain says. “The car is very visceral. You feel the wind and you feel every movement of the car. There’s no traction control or ABS, whatever (steering or braking) you put in is what it’s going to give back to you, and it’s very rewarding to drive.” 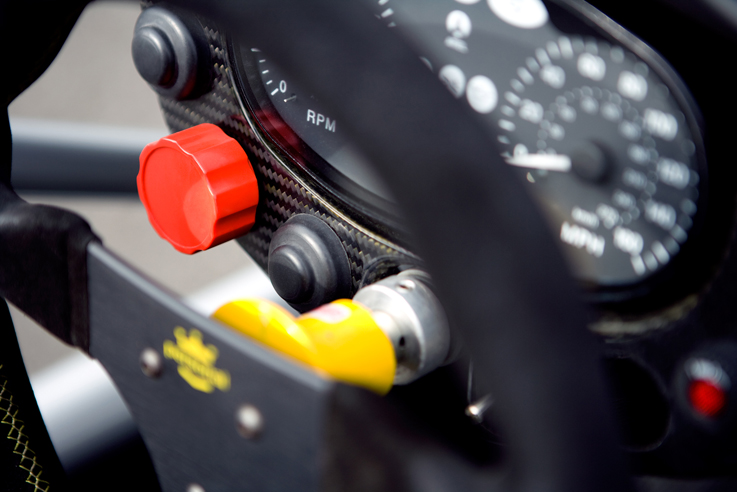