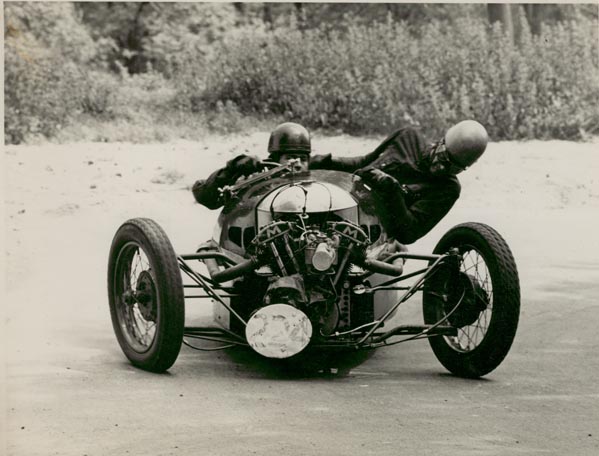 Turning 100 is always a milestone, and British automaker Morgan reached this iconic moment this year.

Calgarian Bob Algar wanted to be on hand to witness the birthday bash.

He and his wife Joyce took their very first trip to England in late July and early August with several other couples from the Morgan Owners Group Northwest. The club exists for Morgan owners in Washington, Oregon, Idaho, B.C. and Alberta.

In Malvern and Cheltenham England the Algars became steeped in Morgan history.

“There were 3,200 Morgans on display at Cheltenham Race Track,” Algar says. “And those 3,200 Morgans represented 10 per cent of the surviving cars (produced by Morgan).” 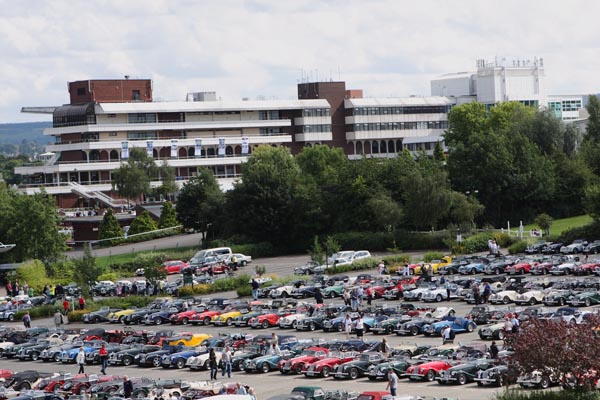 Algar went on a factory tour in Malvern, Worcestershire, where he says the staff was open and very welcoming of visitors. The Morgan factory or ‘works’ buildings are long, low brick structures, and as the car takes shape it is rolled by hand from one building to the next.

H.F.S. Morgan built his first car in 1909. Morgan operated a garage in Malvern, where he installed a Peugeot V-twin engine into a lightweight tubular chassis of his own design.

His car was a three-wheeler – two wheels out front and a single driven wheel out back. In Britain at the time it was less expensive to licence a three-wheeler because it was deemed a motorcycle. There wasn’t as much tax to pay on a motorcycle so three wheelers, or cyclecars as they were also know, became quite popular.

Public interest in Morgan’s three-wheeler proved overwhelming. He initially had no intent to produce a vehicle, but built two more and showed them in 1910 at the Olympia Motor Show.

These cyclecars were both single seat machines. After attending the show Morgan realized he would have to build two seat cars for the venture to have any merit.

Early Morgans were very competitive machines, capable of maintaining a high speed with great reliability and fuel economy. The cars were very light and had a favourable power to weight ratio.

Morgan moved to four wheels in 1936, and the car was called the Morgan Four Four – indicating a four-cylinder engine and four wheels.

A long association with three wheel cars ended in 1950 when Morgan stopped producing cyclecars due to waning demand – the company then focused solely on four wheelers.

Each Morgan was, and still is, built by hand. A steel chassis is topped off with a wood frame, to which all of the important body panels are affixed. While Morgan built the rolling chassis and body the engine was always purchased from an outside supplier. One of its most famous engines was the Triumph four-cylinder, which was used in the Plus 4 (more power) from 1954 to 1969.

When Triumph moved to inline six-cylinder engines Morgan had to find a new source of power because the inline six was too long for the Morgan. Rover’s 3.5-litre V8, surprisingly, wasn’t any longer than the old four-cylinder powerplant and this engine bolted into place. Morgan dubbed this car the Plus 8.

Plus 8 production ran from 1969 to 2004 and the car was replaced with the still-classic looking Roadster. Morgan has taken a decidedly modern approach with new vehicles such as the Aero and Aeromax, and its concept LIFEcar. 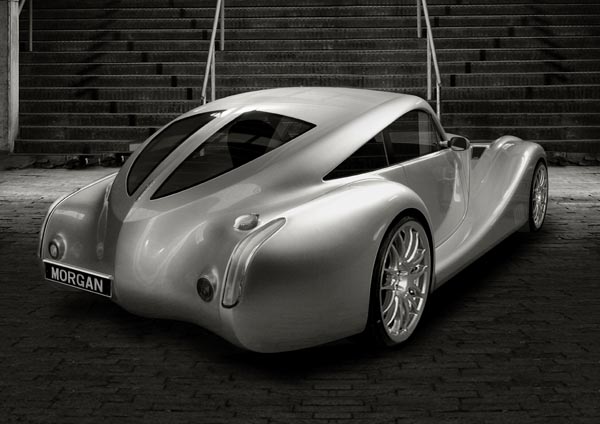 Algar, who also sits on the executive of the Vintage Sports Car Club of Calgary, is impressed that Morgan is a third-generation family operated company.

“Morgan’s been family owned and controlled continuously for 100 years – how many companies can say that?” Algar says.

Algar has long appreciated the Morgan. Born and raised in B.C., Algar was at university in Vancouver in the 1960s when he became aware of Morgans.

“There was a Morgan dealer in Burnaby, and I can remember seeing them on the track at Westwood,” Algar says. “ That was my first exposure to them – I liked them but I couldn’t afford one.”

Algar bought a Triumph TR2 instead, and it wasn’t until 2000 that he started searching for a Morgan. It took him over a year, but he found a 1987 Morgan Plus 8 in Ontario. The car had just over 20,000 km on the odometer – however it was not well cared for.

“A lot of times people are enamoured by the looks and buy a Morgan,” Algard says. “But the cars are not particularly comfortable. They leak in the rain and they have very stiff suspension.

“There’s a saying about Morgans – ‘if you drive over a coin you can tell whether it’s heads or tails’.”

His car had not seen a lot of use, and Algar had to perform a bit of maintenance before his Plus 8 was completely roadworthy.

Now that it is, Algar and his wife Joyce will drive to Vancouver to take part in the All British Field Meet at the VanDusen Botanical Garden. The show is always held in May, and this year it was so cold heading into the mountains that the pair had to stop in Lake Louise. Here they purchased long underwear before continuing the trip.

“You can melt your feet but freeze the rest of your body – the air goes right through the car,” Algard admits. “But I have absolutely no hesitation in jumping in the car and driving to Vancouver – the car is meant to be enjoyed and it’s only fun if you’re driving it.”