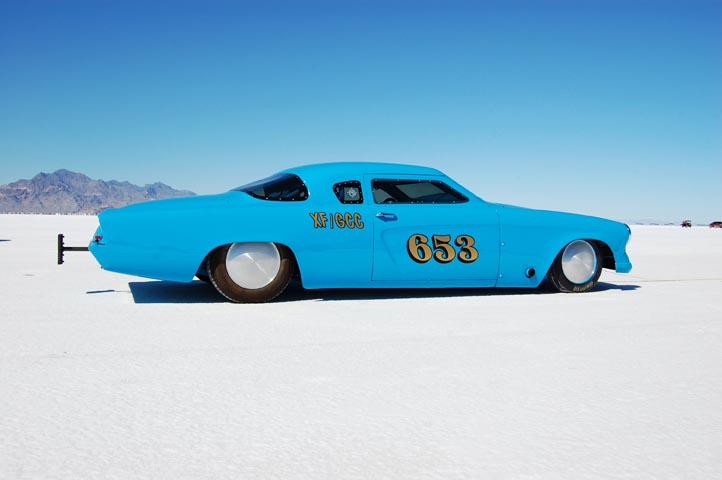 When he was 13 years old Gord Driedger made a promise to himself.

One day, he’d race on the Bonneville Salt Flats in Utah – just like the go-fast gearheads he had read about in his latest issue of Hot Rod magazine.

“I remember reading about Bonneville when I was 13 years old,” Driedger says, “that’s when I started buying Hot Rod magazine.”

He owned some fast cars when he was younger, but sold his 1970 Chevelle SS 454 LS6 and didn’t have much to do with high performance vehicles for a while after getting married and raising his three daughters.

He couldn’t stay away, though. About 10 years ago Driedger got back into the hobby with a 1965 Corvette – a car he’s restored and modified. And, another 1970 Chevelle has found its way into the garage.

Neither of these vehicles eventually got him to Bonneville, though.

This is a story best told by Driedger.

“In January 2010, I was at a live auction for Ducks Unlimited. I bought a wine-tasting trip for four to Napa Valley. My wife Kim and I and a couple of friends went down in late March.

“We were staying at a winery up on the hill, and we were sitting out on the deck one morning drinking a cup of coffee looking out over a field of grapevines.

“Then, I heard this race engine fire up, and the sound is coming up the valley to where we are. I jumped in our rental car and zipped down the valley to try and find the source of the sound, but I couldn’t. When I got back I started talking to one of the guys working at the winery, and he said that it was probably his friend Bob Nance, and that he’d introduce us.”

So, Driedger and Kim drove down the valley a short distance where they met Nance, a member of the Napa Valley Cruisers car club.

“(Bob Nance) gave Kim a glass of wine, me a cold beer and us a garage tour,” Driedger says, “he treated us like long lost friends.”

Around the corner of the garage Nance had parked a 1927 Ford he planned to turn into a salt flat racer. That’s when Driedger told him he’d always wanted to do the same – either build his own or buy a ready-made racer.

“Bob stopped and turned around and said ‘Gord, you’re going to be a happy man in a few minutes’.”

Nance took Driedger to a neighbour’s house to see a 1953 Studebaker coupe. The car had been assembled by one Ron Zampa to race on the salt – but was never finished. Unfortunately, in 2003 Zampa died.

Another Napa Valley car collector bought the Studebaker from Zampa’s widow, thinking he would turn the car into a street rod. After looking at all of the race modifications, though, he thought better of it and left it alone. He eventually decided to sell. Enter Driedger, who made a deal on the car and had the Studebaker shipped to Calgary.

The Studebaker arrived in April, and Driedger quickly familiarized himself with the salt flats rulebook and set to work putting together the finishing touches. Driedger installed a safety harness and door nets, together with a fire suppression system and some instrumentation.

The Ford engine, topped with a Holley four-barrel carburetor, is connected to a Muncie four-speed gearbox driving a nine-inch Ford rear end with 2:75 gears. Driedger managed 135 horsepower at the rear wheels, which is respectable given that a stock flathead Ford makes about 90.

The Studebaker’s body has been chopped and channeled giving just 76.2 mm (three inches) of ground clearance. Front fenders and hood are Fiberglass; the rest of the car is all steel.

“We had May, June, July and one week in August to get ready for Bonneville,” Driedger says. Bonneville Speed Week ran August 14 to 20 this year, and Driedger managed to get the Studebaker to the salt. And, this was a family affair. Wife Kim and daughters Brittany (23), Kaylee (21) and Spencer (20) were all part of the pit crew.

There were a couple of issues to be fixed before the Studebaker passed the rigorous tech inspection, but Driedger persevered, and finally had the car ready for its maiden run.

“We snuck up pretty close but we’ve still got a ways to go,” Driedger says.

While his daughters have expressed an interest in racing the car on the salt themselves, Driedger first wants to get more speed out of the Studebaker. 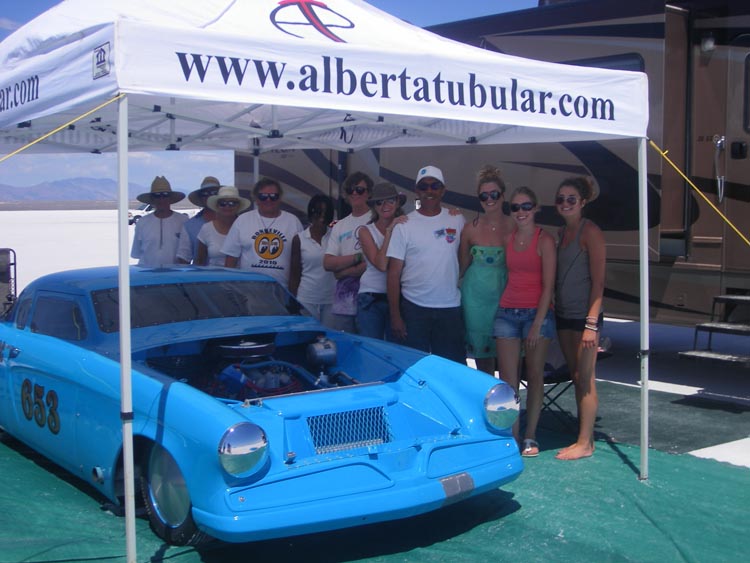 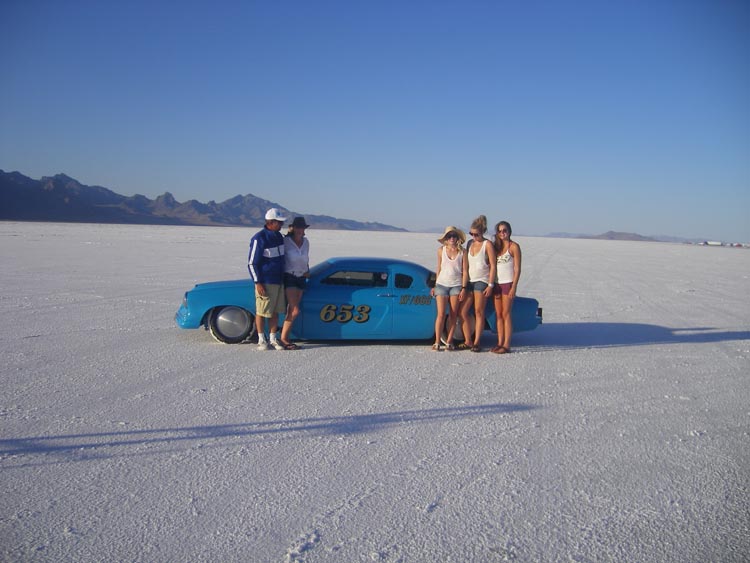 Above photos courtesy the Driedger family.