All are sections of an off-road motorcycle course in a relatively new sport called endurocross, or enduro X.

The 15-year old Calgary racer is proving her mettle in endurocross (www.lexipechoutracing.com). She just returned from Los Angeles where she participated in the X-Games 2012 Women’s Enduro X Finals.

In a field of 10 women, some almost twice her age, Pechout finished fourth. That’s very respectable, given she had a poor start and was caught up with another racer at the beginning of the first lap.

But, Pechout’s philosophy got her through the race.

“I felt really intimidated,” Pechout says. “There were a lot of fast girls there, and I didn’t really know how I was going to get through the race.

“But, I knew if I psyched myself out, I’d never do very well, so I just relaxed and decided to have some fun.”

Pechout says she was late getting off the starting gate, and early in the lap there was a tight 90-degree corner where racers not only had to turn, but navigate riding over a large log. At the log, another racer fell on top of Pechout, and it took both of them more than a few seconds to get untangled.

At that point, she was dead last, but determined to close up the gaps and chase the leaders.

Pechout has been riding for years. I first met her at the Blackfoot Park (Wild Rose MX Track) about 11 years ago, where she had a tiny Yamaha PW50 dirt bike equipped with an even tinier sidecar.

Her father, Siggi Pechout, has been passionate about all things off-road motorcycling his entire life, and that Lexi would be riding at such a young age was a given.

He is a founding member of the Second Gear Motorcycle Club, which is dedicated to encouraging and promoting an interest in the more technical types of off-road riding, including trials and hare scrambles (www.secondgearclub.com).

“There are a variety of skills required to negotiate the terrain in endurocross,” Siggi says, and adds, “We cover all of them in the Second Gear club. 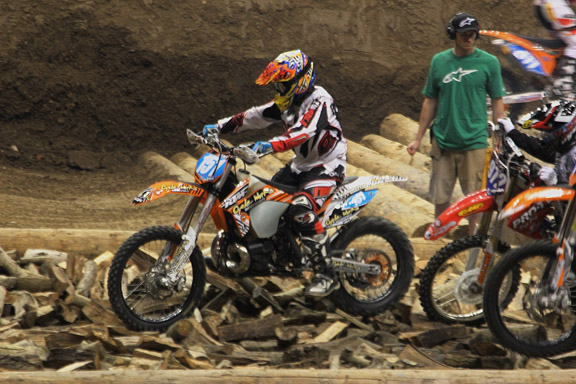 “And usually, wherever I was riding, Lexi always rode and competed at the same venues as I did.”

Just last September an endurocross track was put together at the Wild Rose MX Park in Calgary. This was Lexi’s introduction to the sport, and endurocross allowed her to use all of the skills she’d been learning while competing in events such as trials and ice racing.

“I loved it,” she says of the first time she rode the endurocross track. “I ride it all the time now, because I prefer the more technical kind of riding.”

Endurocross is different from motocross, another popular form of off-road racing. Endurocross is slower and more involved. Motocorss is generally faster with large jumps.

“I’m all right on a motocross track, but it does scare me a bit because I don’t like jumping as much,” Pechout says. 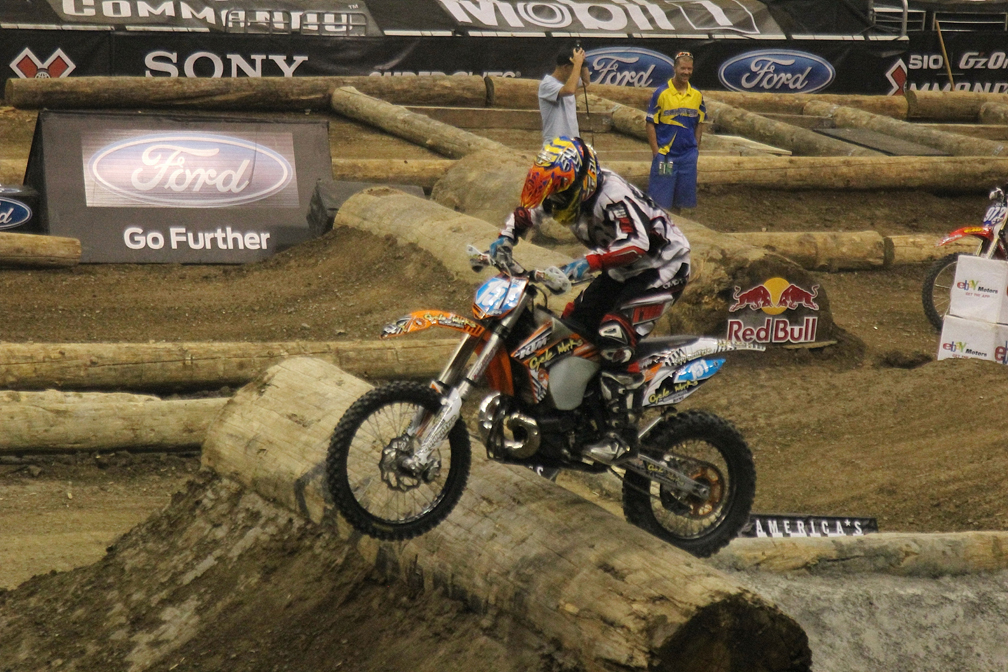 Pechout says she’s learned a lot from her dad, and two other mentors, Shane Cuthbertson and Stephen Foord. She has been racing a 2011 KTM 250XC, a motorcycle that is supplied to her by Cycle Works Calgary. Last week, Cycle Works presented her with a new 2013 KTM 250XC.

At the X-Games Enduro X in Los Angeles, she also had some professional help dialing in her suspension courtesy of Ride Concepts Calgary.

Pechout is set to start Grade 10 this September, but will spend this summer competing, riding, and working. She clears tables at the Austrian Canadian Club during weekend banquets.

“I can’t wait to get my driver’s licence, because I currently rely on my parents to drive me to the track,” Pechout says. “And I’m there five days a week.

“I see myself doing this for a very long time, I love it so much.” 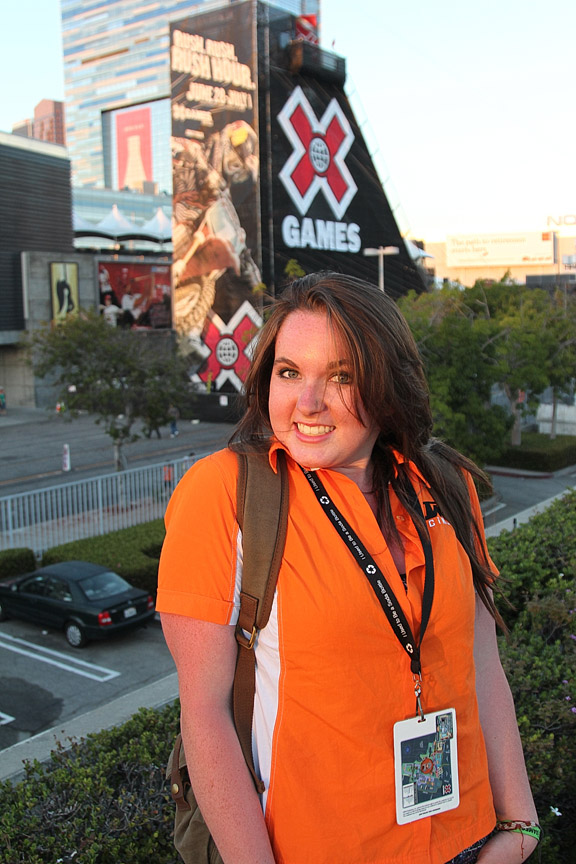