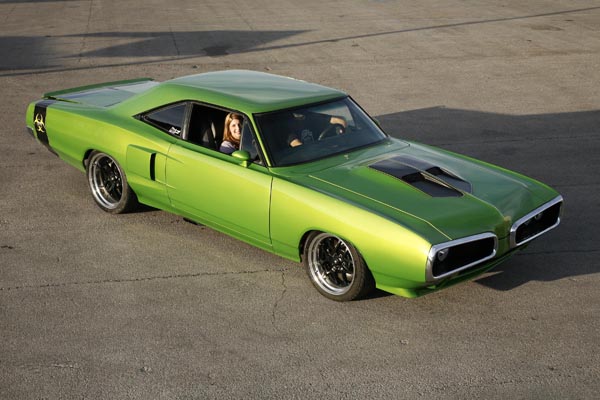 Regardless of the time of year Las Vegas is an exciting town.
But every year Sin City gets a serious dose of horsepower the first week of November, and for those involved in the automotive aftermarket industry that makes Vegas even more exciting.
That’s because the SEMA Show takes over the Las Vegas Convention Center — filling one million square feet with technology and auto accessories. SEMA is the largest automotive aftermarket trade show of its kind in the world. Today is the last day of the SEMA exhibit — this year the show ran from Nov. 4 to 7.
SEMA stands for Specialty Equipment Market Association, and since 1963 this group has come to represent not only the automotive and the aftermarket industry, but also the interests of car and truck hobbyists. Those hobbyists are a diverse group, and they include ‘rodders, customizers, tuners, four-wheelers, techies, racers and restorers.
SEMA started SAN (the SEMA Action Network) in 2007 to ensure a healthy automotive aftermarket in the U.S. Working together with car clubs and enthusiasts; SAN keeps an eye on government legislation and statutes that affect the automotive hobby. They have the support of some 3,500 clubs nationwide, thousands of individuals, and more than 100 consumer automotive publications. Through that large network SAN has the potential to get the attention of 36 million enthusiasts who can respond (via letter writing, etc.) to federal or state legislative actions or regulatory proposals.
They’ve been hard at work in the U.S. for over a year, and now SAN has extended its reach to Canada.
“We’ve been pretty successful in the U.S.,” says Jason Tolleson, SEMA Action Network director. “We’ve helped the (auto enthusiast) community, and we’re bringing some of our expertise north of the border.’
As an example of what SAN does, Tolleson talked about aftermarket exhaust systems and exhaust noise issues.
“Rather than the outright banning of modified exhaust systems, we’d suggest putting a testing procedure in place to ensure an aftermarket system was meeting a set decibel level, and not exceeding that,’ Tolleson says.
SAN also works diligently on certain exemption issues, such as tailpipe emissions for antique automobiles.
“(Antiques) should be safety inspected and maintained,” Tolleson says. “But those cars are on the road so little they shouldn’t be subjected to the same requirements as a daily driver when it comes to emissions and air quality issues.”
Tolleson says in the U.S. SAN works with a group called the State Automotive Enthusiast Leadership Caucus — essentially a coalition of lawmakers who identify themselves as ‘auto-hobby’ friendly.
‘Taking it to Canada is the next step,” Tolleson says. “We’re working to identify lawmakers (in Canada) who are friendly to the hobby. That program (the leadership caucus) is very successful in the U.S. and we want to expand that in Canada.”
The first SEMA show was held in 1967 under the grandstands in Dodger Stadium, Los Angeles. There were 98 booths and about 3,000 in attendance. Fast forward four decades, and the 2007 show featured 2,000 exhibitors and 125,000 attendees.
“It’s a $38-billion a year industry,” Tolleson says. “Whether it’s access to a vehicle restyling kit, tinted windows, a wheel and tire combination package, or all of the media and magazines that are out there, it’s amazing how far we’ve come.
“It’s all about personalizing your vehicle. You can go into Starbucks and choose between (43 — I counted them on their website) different types of coffee. So you should have the opportunity to go into a wheel and tire shop and also choose what you want on your vehicle.
“There’s so much you can do after pulling a vehicle off the dealership lot.”
Automakers such as Chrysler, Ford, GM, Kia, Lexus, Mazda, Mercedes-Benz, Nissan, Scion, Subaru, Toyota and Volkswagen understand this. They all have their own corporate displays at SEMA, showcasing some of their own accessory pieces together with vehicles that have been modified by noted customizers.
Lexus, for example, is showcasing a GS 460 that has been tricked out by California builder Five Axis.
And the show features numerous notable celebrity appearances — all somehow involved in the auto industry — including bluesman and Mopar fan Kenny Wayne Shepherd, actor and racecar driver Frankie Muniz, customizer and artist Chip Foose and racecar driver Mario Andretti. As a trade-only event, the show is open to qualified members of the automotive aftermarket — no consumers allowed.
Of the SAN in Canada, Tolleson concludes: “We’ll be monitoring Ottawa and the provinces for regulatory issues, and ensure there’s a healthy marketplace.”
The public is encouraged to join SAN. Go to www.semasan.com and look for the maple leaf to begin registration. 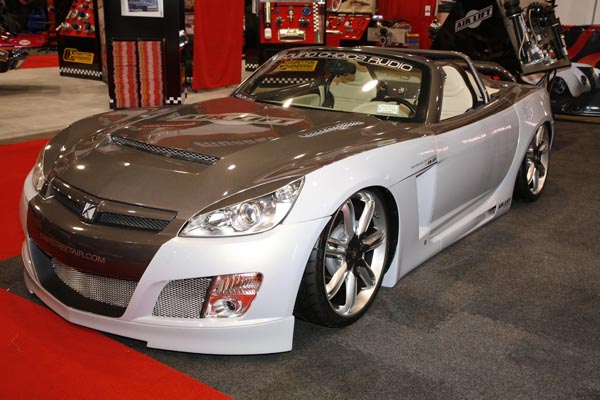