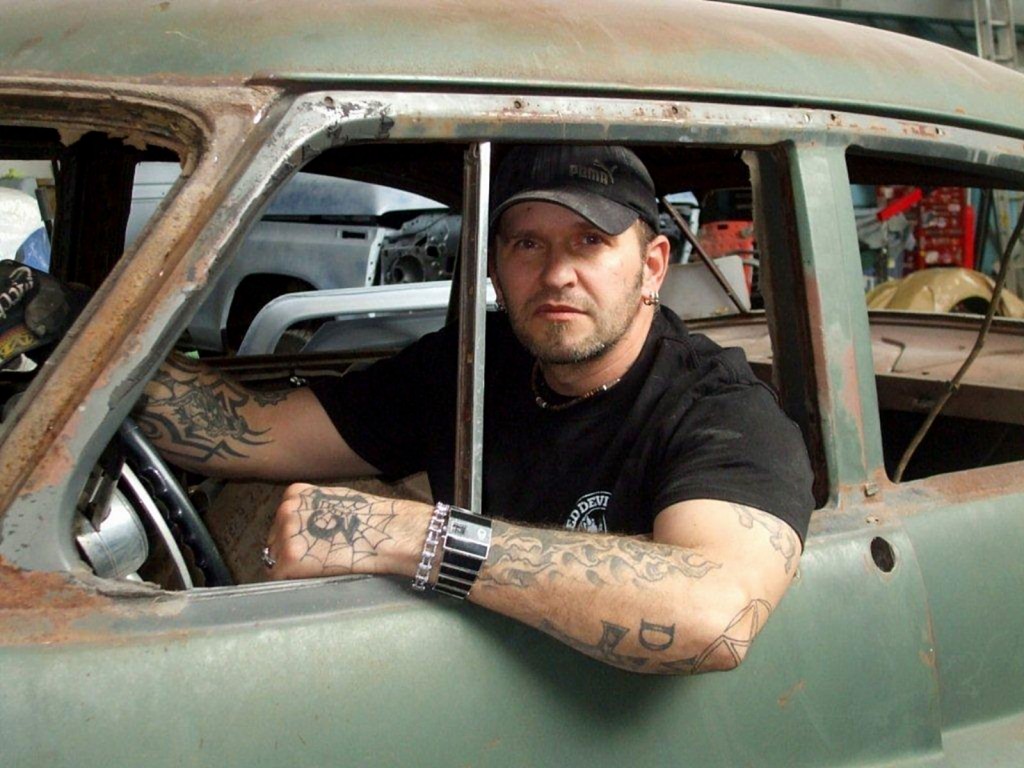 George Bordas was 17 in 1985 when he started working at Carline Muffler in Calgary’s Forest Lawn.

The job was a life altering experience, and it set him on a different path than what he had intended.

His parents wanted him to be a pharmacist, and he had plans to study medicine. From medicine to metal, some 25 years later, Bordas is the man behind Red Devil Rods and Custom Paint, Calgary’s newest fabrication and paint shop.

And he has his friend Marty Robertson to thank. In 1985, Robertson was an employee at the Carline Muffler location. After Bordas was given a tour of the shop he was quite literally written an uncommon prescription.

“Marty was into rods and cars, and I wasn’t a gearhead at all,” Bordas said. “But when Marty showed me the underside of a hotrod on the lift, I could see the (car’s) frame and then picture in my mind how all of the custom bent exhaust tubes would have to come together. I went over to the tubing bender, and went at it.”

Soon after, Bordas was working at Carline Muffler — his first paying job out of high school — and he learned to weld and to work on engines. To further his automotive apprenticeship, Bordas moved to Winnipeg where he approached the owner of a local hotrod shop. He was told that the shop wasn’t hiring, but his spark of enthusiasm didn’t go unnoticed, and he was soon employed.

Bordas paid his dues in this Winnipeg shop, spending two years cutting and welding nothing but custom frames, and then another two years fabricating replacement fenders and quarter panels from sheets of steel.

“I used to draw a lot,” Bordas said of the next step in his education. “And I wanted to see if I could paint like I could draw, so I bought a $20 airbrush kit.”

He did a few samples of airbrush art, and showed them to his boss, who was suitably impressed. Bordas was then taken into the spray booth, and asked to paint a fender and a door. 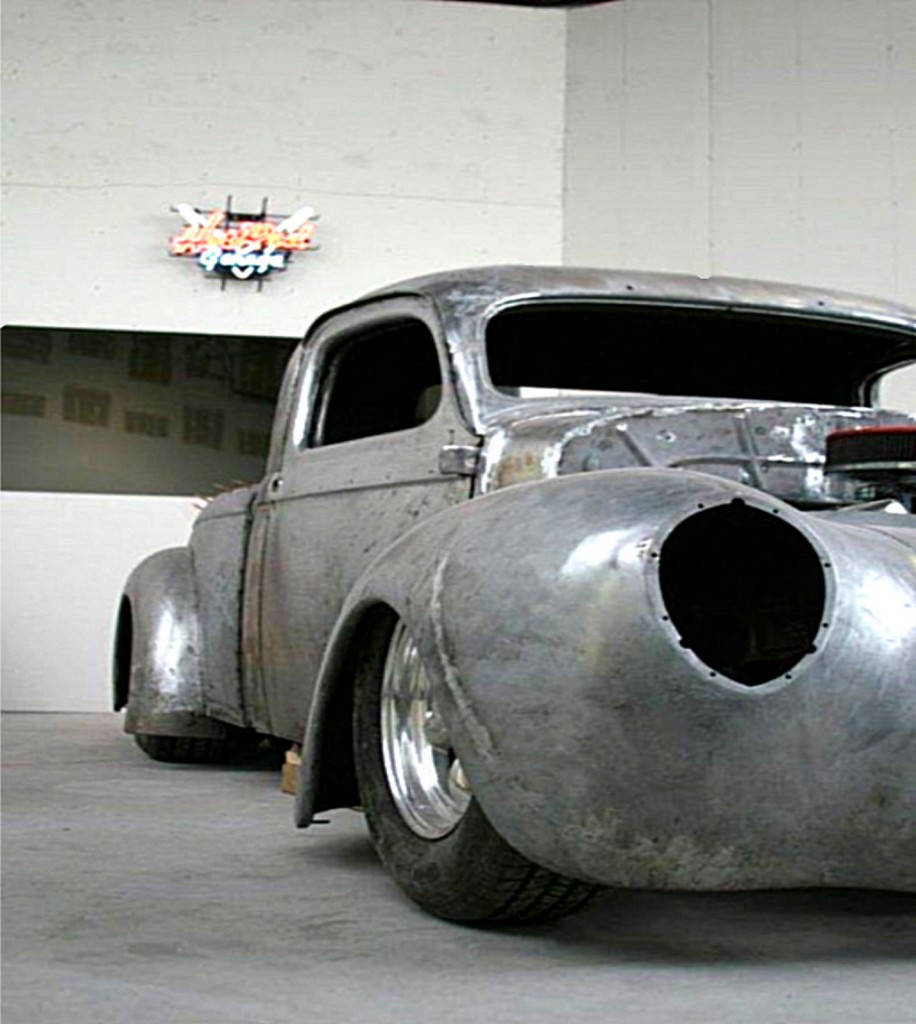 “I’d never done prep for painting before, but I got it together and painted it perfectly, and from then on was doing body work and paint jobs,” Bordas said. He became known for custom blending one-off paint colours, and for the quality of his finished products.

In 2009, because he loved the mountains, Bordas moved to Invermere, B.C. Simply looking for something to do in his new hometown Bordas began working on a 1949 Mercury, and this led to similar jobs. Not long after, Bordas opened Valley Rod and Accessories, a small three bay shop where he customized vehicles, and painted everything from boats to jet skis and dirt bikes.

“I was finding, though, that 90 per cent of my customers were from Calgary,” Bordas said, so late last year he moved back to Calgary, and recently opened the new shop.

Red Devil Rods is located in an eight bay facility in southeast Calgary. The location could hold 16 or 17cars, although it would be a tight fit.

That being said, Todd Angus and Freddy Sanders are employed to take of collision and insurance work. Bordas tries to stay on the fabrication/hotrod/painting side of the business.

Bordas sprays only the latest environmentally friendly water borne paints from PPG, and said he had to learn to work with the new products himself – he adopted the paints before many others in the industry.

A number of unusual projects on the go at Red Devil Rods, including a 1941 Willy’s pickup truck Bordas purchased from an estate. The owner died in a house fire before he had the opportunity to finish the truck, and Bordas bought the Willy’s with the intention of completing the project and then giving it back to the daughter. 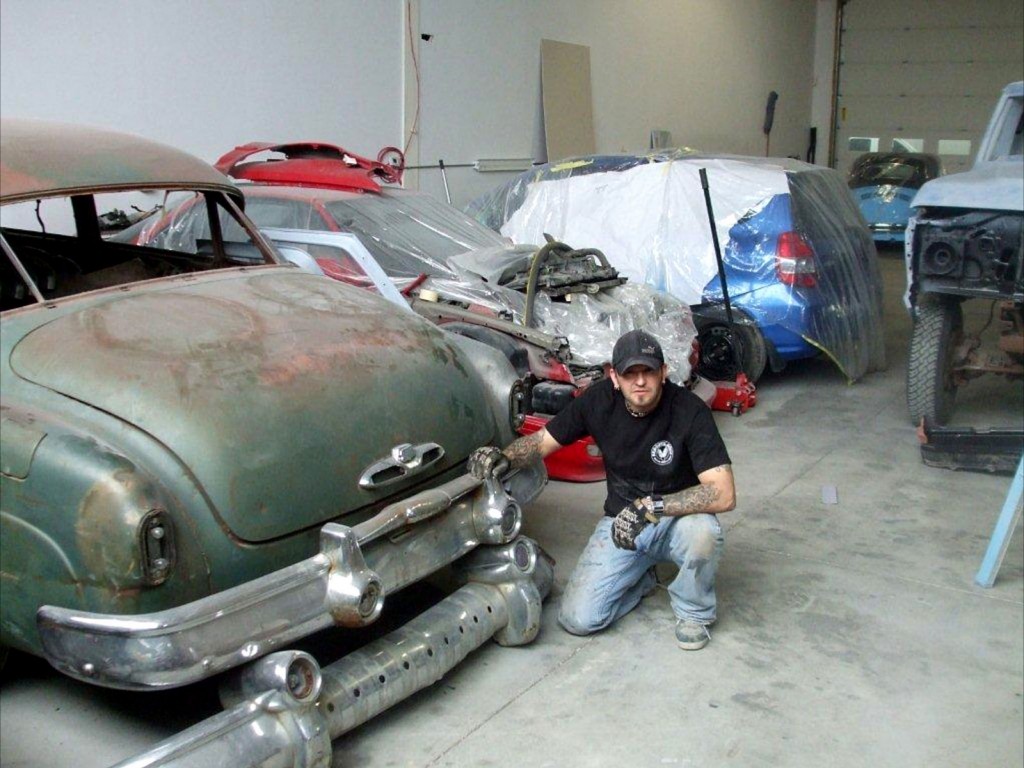 Bordas has a 1950 Buick Dynaflow sedan set aside for himself. He plans to chop the roof 6.5 cm, blast and paint the frame, and install an LT1 Corvette powerplant in the massive engine bay. It will be done in a lead sled style, with a custom red and black leather interior and flat black and pinstriped exterior. He plans to have the Buick on the road this summer.

“I feel I’m not working at a job when I’m cutting, grinding or painting,” Bordas said, and added, “I just love doing this.” 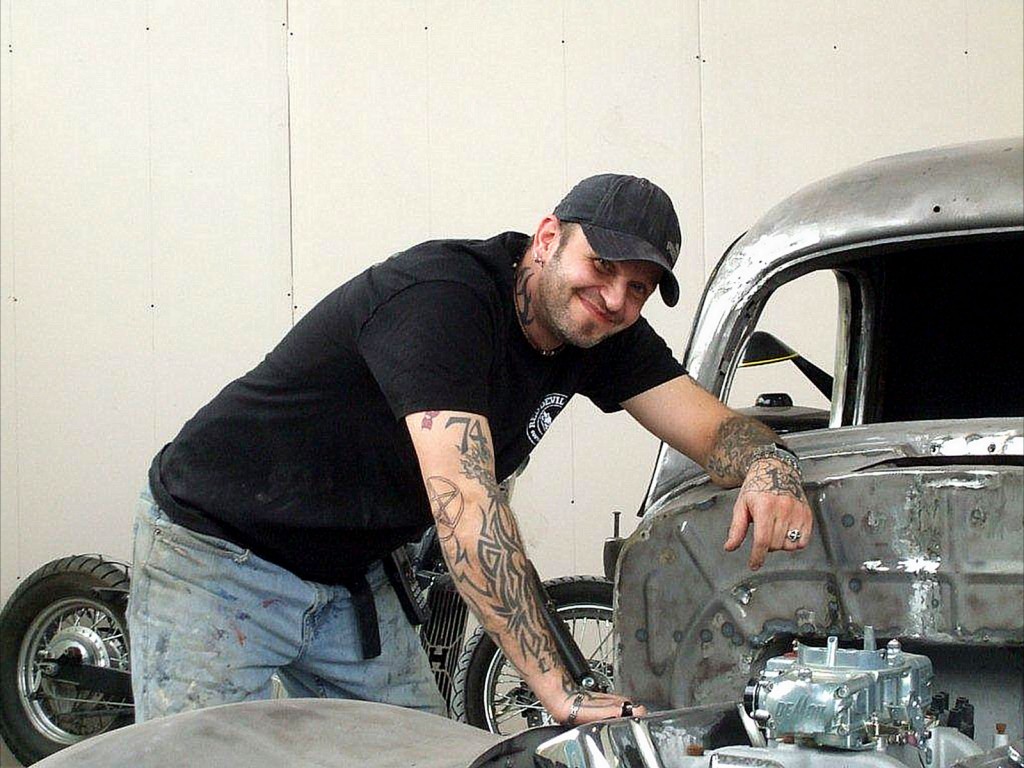