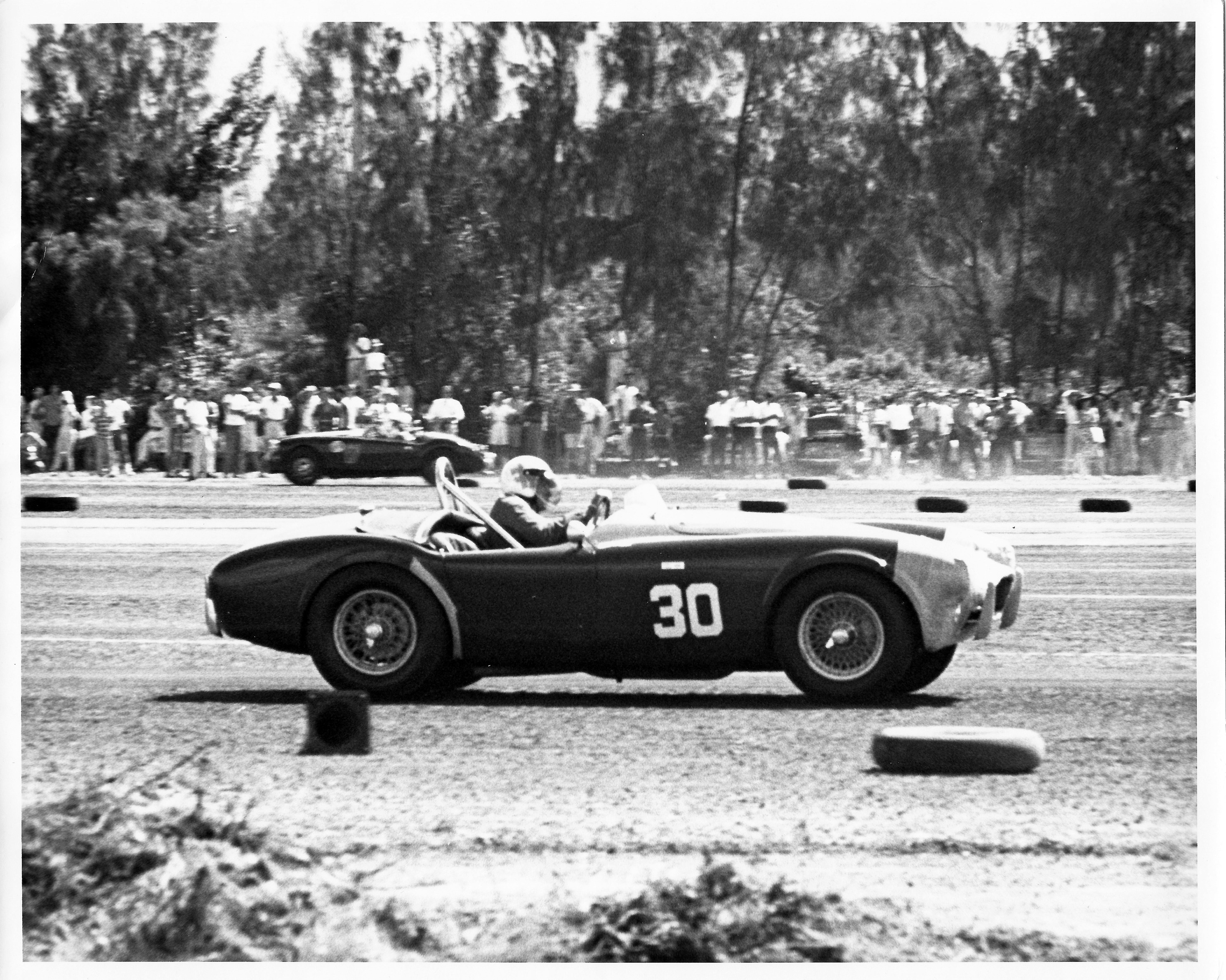 The whereabouts of Lloyd Samaha’s 1963 Shelby Cobra remains a mystery.

Calgarian Mary Ann Samaha’s late father sold his Cobra before 1968 when she was born.

While she was growing up, Samaha told Mary Ann stories about his beloved car. He always wondered where the Cobra ended up.

On February 2, 1964 a Cobra was shipped from Los Angeles to Pflueger Lincoln-Mercury in Honolulu.

Samaha co-owned a restaurant in Hawaii, and he purchased the Cobra from the dealership. The car cost $5,195, and with its Class “A” accessories that included aluminum rocker covers and different tires the total was $5,475.

“My dad ran a high-end steak house, called Canlis,” Mary Ann says. “Racing his Cobra was just fun on the side.”

He’d chosen a car built for competition, as noted American racer Carroll Shelby based the Cobra on a lightweight platform from English automaker AC Cars.

According to daughter Mary Ann, he was competitive.

“I don’t know what I’m going to do with all of this stuff,” she says of the numerous trophies the family still has. “As kids, we always had them in our rooms, they were in every room of the house. And, all of the newspaper clippings I’ve just organized into binders.”

According to one of those aging, yellowed papers, Samaha began racing in 1959 when he borrowed a car and drove ‘the old Kahuku’ track. He then bought a beat up Jaguar for $400, and enjoyed the competitive spirit of club racing.

Mary Ann says her father never told her why he eventually invested in the bright red Cobra, but the car, and his racing days, were important to him.

“Even when he was teaching us to drive, it was always about that racing mentality and being defensive,” Mary Ann says. “It was part of our lives.” 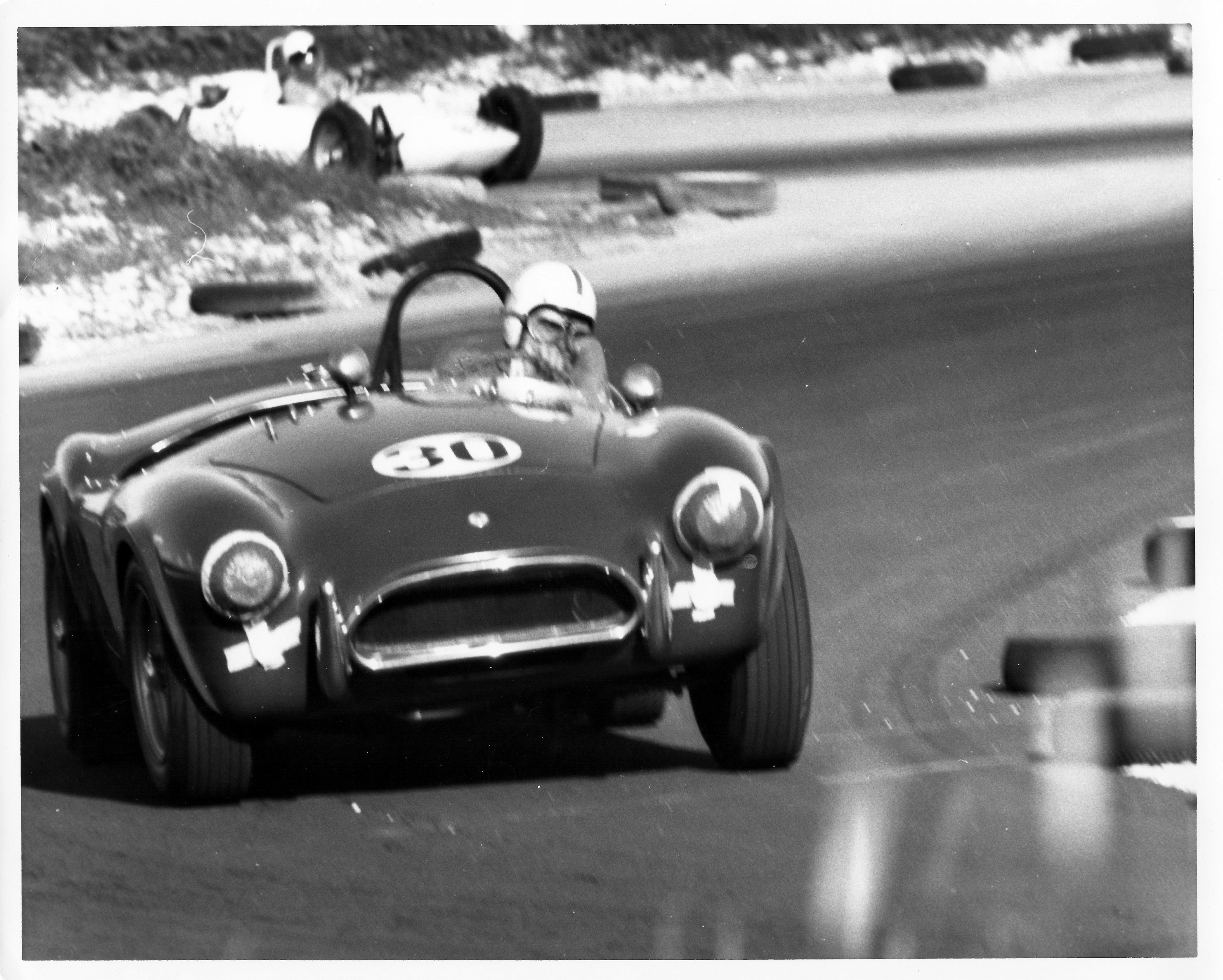 Samaha moved his young family in 1965 from Honolulu to San Francisco, his home city. He shipped the Cobra there on Pan American airlines. Once settled, he raced the car a few times at Laguna Seca.

“But, he had two young kids, and I was on the way,” Mary Ann explains. “It just wasn’t practical to keep the car anymore, and he sold it for only a few thousand dollars.”

In late 2000, as the Internet was burgeoning, Samaha asked Mary Ann if they might use the computer to help locate his Cobra.

“All we knew at the time was that it was a red 289 Cobra,” she says, and adds, “We didn’t know the all-important chassis number.”

Samaha died in 2007, and Mary Ann then decided somebody somewhere had to know something concerning the whereabouts of her father’s old Cobra. This time she was armed with a list of modifications that had been done to make the car competitive, and she sent them to Scudder. 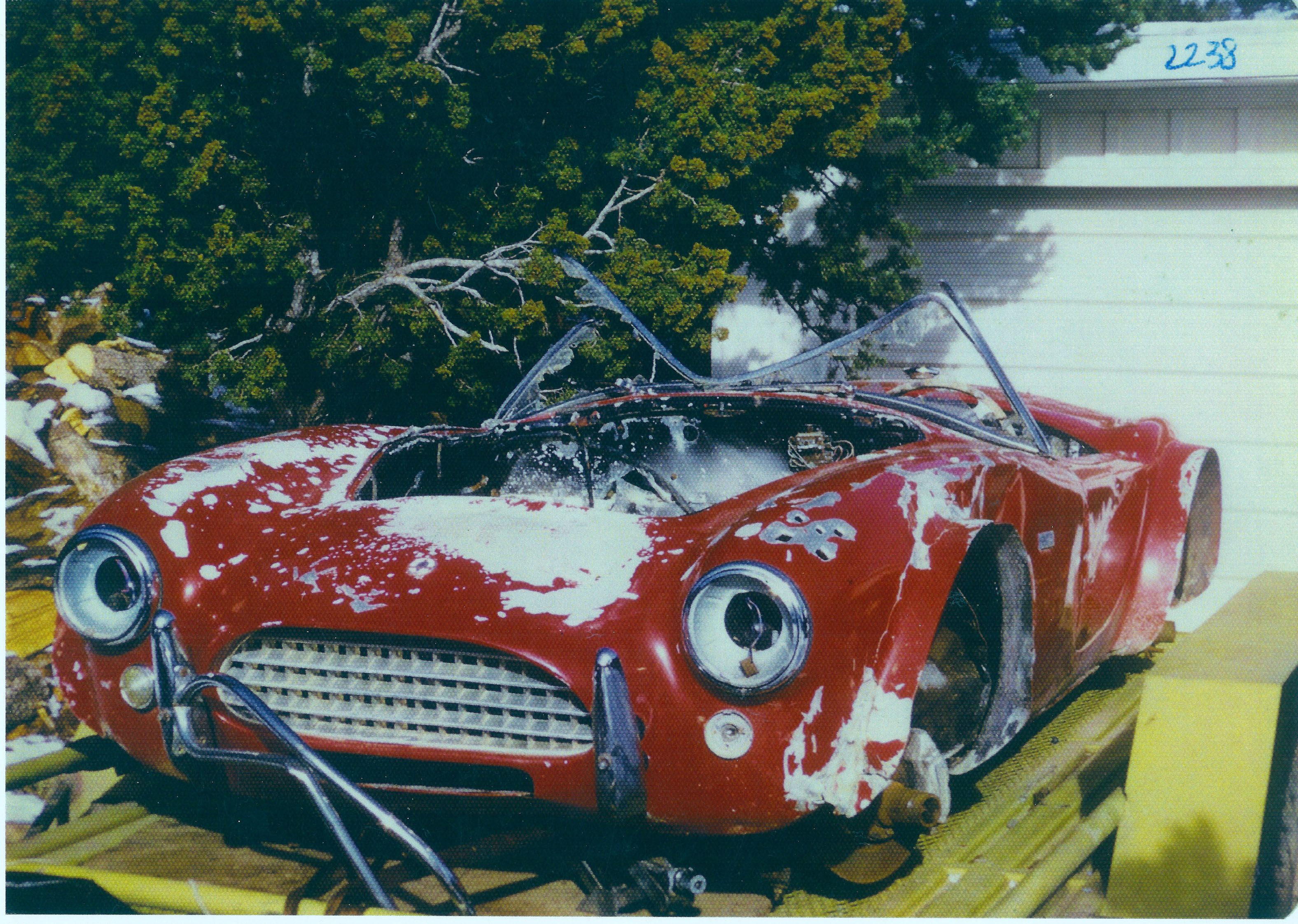 “He said, ‘I found the car, and I have a photo I have to get to you’,” Mary Ann says. “He also said to be prepared when I saw the image.”

Scudder knew of Cobra chassis No. 2238, and knew its history except for its first owner – Samaha. When he read about the racing modifications, he instantly put two and two together.

Cobra 2238, according to Scudder, had been put back on the street. In 1969 it was left at an Albuquerque, NM service station for a water pump repair. When the owner came back to collect the Cobra it had been stolen.

It went unrecovered until 1974. Missing its engine, and shot full of bullet holes, the Cobra was discovered crashed at the base of Mt. Taylor near Grants, NM. But all of the modifications Samaha had made matched those found on the stolen car.

It was the photo of the crashed car Scudder wanted to share with Mary Ann.

“A part of me was really sad when it was found, and I wouldn’t be able to tell my dad about it,” she says. “But, to have shown him that photo would have broken his heart.”

Rescued from the mountain, the Cobra was eventually restored, and sold almost repeatedly until a German buyer purchased it in 1989. Currently, the owner of the car is unknown, but the vehicle is still thought to be in Germany.

“I will continue Googling the car in the hopes that I will one day find it. If I could just sit in the car, and feel what my dad felt when he bought it, that would be enough,” Mary Ann says.

She concludes, “It was gone before I was around, and even though I never saw the car with my own eyes, I just can’t let the mystery go.”