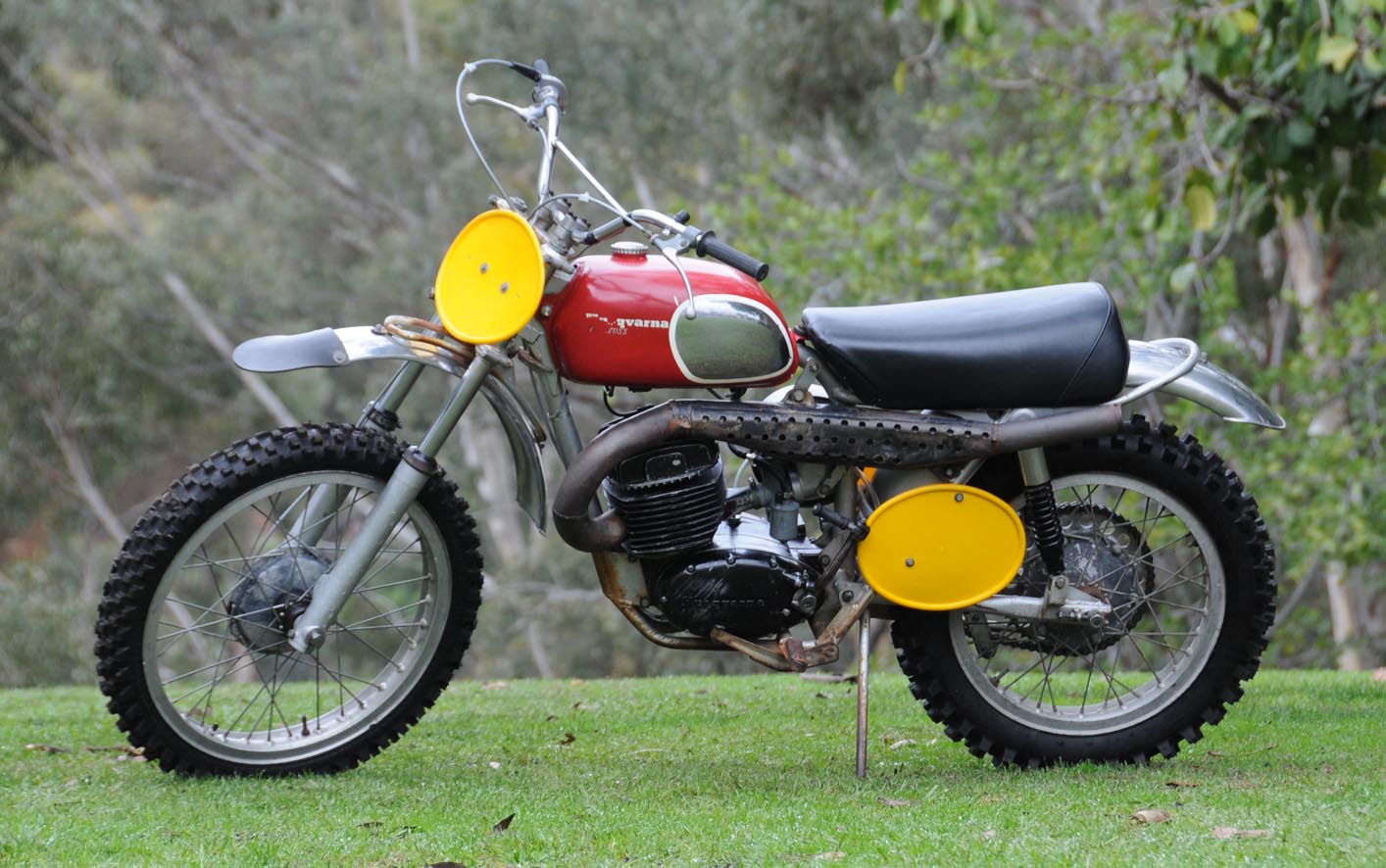 Rob Phillips got lucky when he came across this 1970 Husqvarna 400 Cross off-road motorcycle.

What is so exciting about this vintage motocross machine? Well, if you happen to worship Steve McQueen, the racer has some interesting history.

It was ridden by Steve McQueen in the Lake Elsinore Grand Prix racing scenes in the iconic 1971 Bruce Brown film On Any Sunday.

When Phillips bought the Husqvarna, neither he nor the seller realized the motorcycle previously had a rather famous owner. It was not until almost a year after he made the purchase that the McQueen connection was even discovered.

In 2006, Phillips began collecting Husqvarna off-road motorcycles, and in 2008 discovered one for sale in California. He purchased the bike, sight unseen, for $1,500 and stored it in his daughter’s San Diego garage.

Enter Don Ince of Vintage Viking. Ince holds all of the documents of Edison Dye, the man responsible for importing Husqvarnas into the United States in the late 1960s and early 1970s.

Founded in Sweden in 1903, Husqvarna became part of BMW in 2007, and the company continues to make off-road machines, and has also recently returned to manufacturing road-going motorcycles. Bow Ridge Sports in Cochrane is the local Husqvarna dealer. 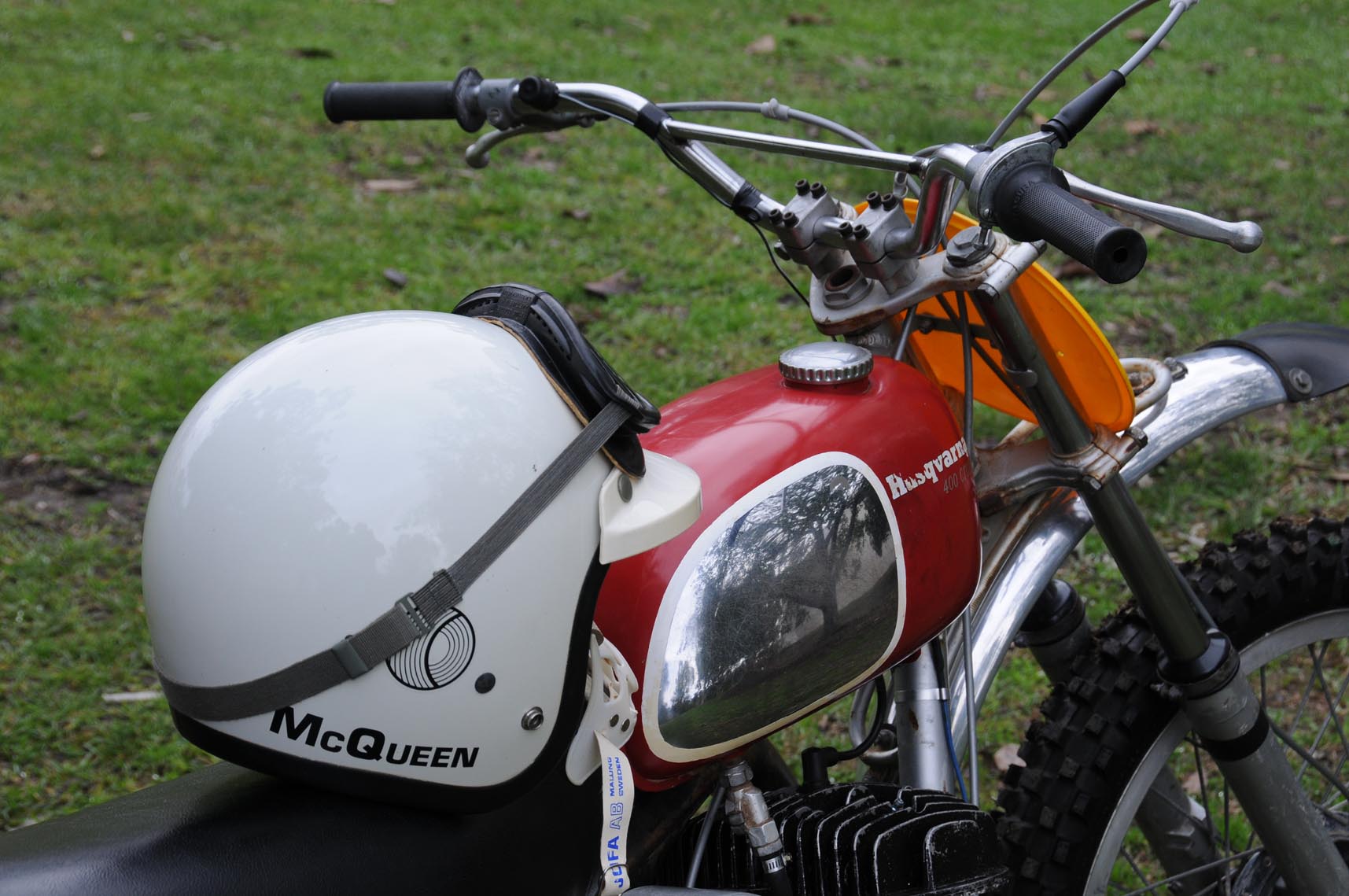 Rob Phiilips created the McQueen period-appropriate helmet by making his own decals.

“I was in San Diego at the time when Ince phoned, and he said ‘Go check the frame and engine numbers on the Husky’,” Phillips said from his New York office, where he runs Advanced Racing Technologies and Husky Restorations. “I checked the numbers, and it turned out to be a McQueen bike.”

After using the motorcycle, Phillips’ thinks McQueen returned it to a local California dealer, where it was sold to an owner in 1972 who raced it for a few years. He kept it until 2008 before selling it to another owner, who promptly sold it again. It was from the fourth owner that Phillips bought the motorcycle. Nothing was known about the Husqvarna until Ince searched his records and discovered who first owned the historic racer.

As a Husqvarna restorer, Phillips most often completely refinishes a machine from top to bottom. With McQueen’s 1970 Husqvarna 400 Cross, he sympathetically cleaned it, but did not restore the motorcycle.

“There’s a fine line between (deciding when to do) a restoration or not,” Phillips says. “Especially with the provenance of this bike, and it was in very good shape.

“I call it a soap and water restoration.”

Phillips replaced a couple of cables, and freshened up the engine internals so it would run properly. However, he did not refinish any other components. When the engine was removed from the frame, an uncirculated 1960 Lincoln head penny in a protective plastic case was discovered in a frame cavity.

“Steve McQueen was very superstitious, and I suspect he might have placed the penny there as a good luck charm,” Phillips says. McQueen’s son, Chad, was born in 1960.

Phillips currently has McQueen’s Husqvarna on display in the San Diego Automotive Museum, and it was invited to participate at the Greystone Mansion Concours d’Elegance in 2012. The Husqvarna has also been displayed at the Friends of Steve McQueen Car Show, a fundraiser for the Boys Republic in Chino Hills, Calif., where McQueen spent time in 1946. 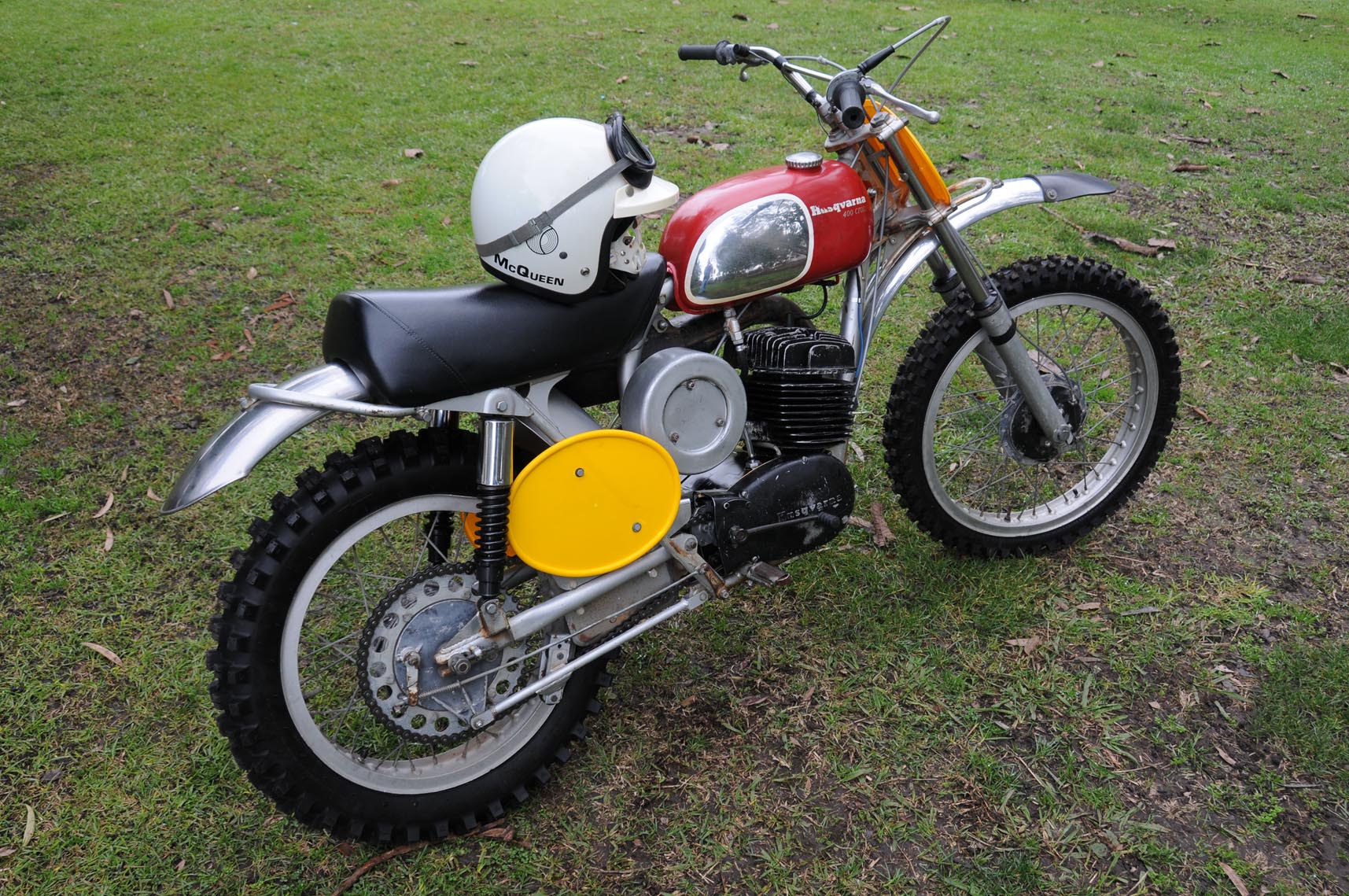