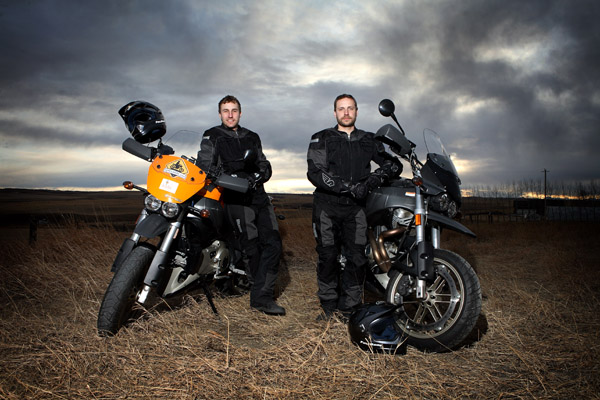 Photos courtesy Here To Here — The Wilkins brothers, C.J. on left and Dylan to the right with their Buell motorcycles prior to launch. 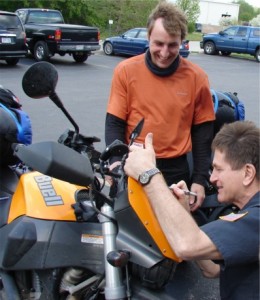 This story first published in the Calgary Herald’s Driving section May 9, 2008