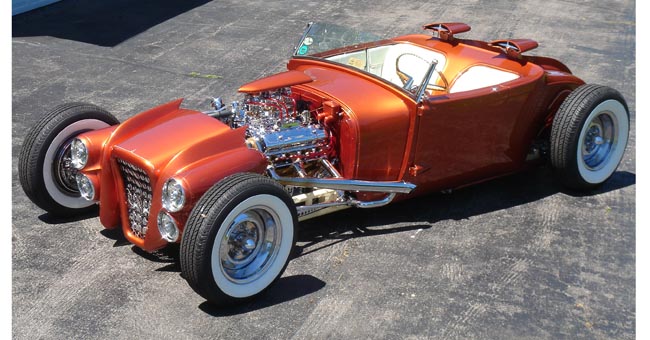 Builders such as Ed ‘Big Daddy’ Roth, George Barris and the Alexander Brothers shared their unique vehicles with crowds around the North American auto shows.

It was vehicles such as the blue deuce coupe built by the Alexander Brothers – which later became known as the Beach Boys Little Deuce Coupe – and the Emperor by Barris that influenced Tom Culbertson when he built El Tiki.

Culbertson, of Indianapolis, Indiana, originally built El Tiki in a short 127 days. Currently owned by John Cooper, El Tiki was further modified to the point it’s at now – and the car is on show this weekend at Calgary’s 44 th Annual Auto Value Parts World of Wheels.

Culbertson’s been building cars since 1964. After he left the Marine Corps he came home to work with his father at the family service station. In the garage Culbertson went to work with torch, grinder and wrenches building his own hotrods. That line of work soon had him building rods and racecars for other customers.

For Culbertson, automobiles simply never progressed beyond the early 1960s. His daily driver is a chopped 1956 Lincoln two door, and his second car is a 1930 Ford Model A coupe with a flathead V-8. Both cars have been driven numerous times to New York, Florida and Las Vegas.

According to Cooper, who has been friends with Culbertson since high school, he looks the part, too.

“He has always had slicked back hair, cuffed jeans, engineer boots and tattoos,” Cooper says. “He doesn’t own a cell phone and still has rotary dial phones in the shop and house.”

El Tiki started off as a simple build. Out behind Culbertson’s shop was a rusty 1929 Ford Sport Coupe body shell that had been rescued from a farmer’s field. At one point in its life the coupe body had been modified – badly – and Culbertson says it was a good candidate for a roadster-style conversion.

“Every car I do I pretty much just sit back and look at it, and visualize in my head what I’m going to do. The inside, the dash and the doors – I visualized it all before I started the build. 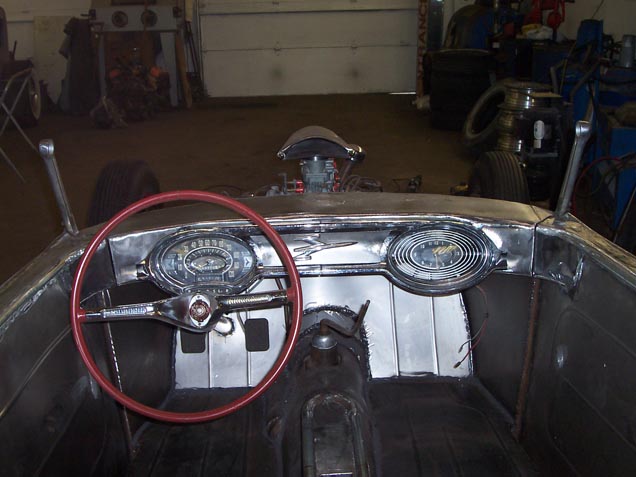 “If I was a better artist I could probably draw it – but I’m not,” Culbertson says from his shop in Indianapolis. He’s worked in the same 85’ long by 30’ wide building since 1976. He’s got everything he needs in the shop, including an attic full of cool old parts, and El Tiki never left the building during its construction and ultimate completion.

Culbertson started by building a double-tube chassis, complete with a 1947 Lincoln front axle and a 1957 Ford 9” rear end.

Then, he fit the body, channeling it 4” over the frame and removing the metal top to make it a roadster. Of course, there was far more involved than that. The doors were sculpted, the windshield and frame fabricated, the interior ‘waterfall’ console hand constructed and the dash from a 1956 Oldsmobile narrowed and welded in place.

“There’s no carbon fibre or fibre glass in this car, it’s all metal,” Culbertson says. “You start with a 20-gauge sheet of steel, cut it, roll it, stretch it and shrink it until it fits the way you want it.”

To give the car some power Culbertson opted to use a 1956 Oldsmobile 324 cubic inch engine mated to a 1947 Ford truck three-speed transmission. An adaptor was used to marry the Olds engine to the Ford gearbox. 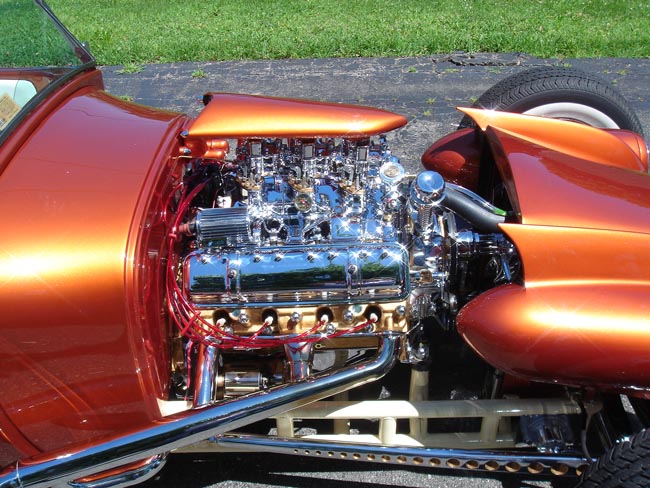 When the car was done Cooper decided he wanted to buy it. Cooper had been around during the entire build process and after he sold his 1960 Cadillac he had some funds to buy El Tiki from Culbertson.

“When I bought the car it was finished, but just not the way it looks now,” Cooper says. “I wanted to take it to another level.”

Together, Cooper and Culbertson rebuilt the front grille and added the quad headlights – from a 1960 Buick – built the headrests and added the fins to the decklid.

Cooper does drive the car, and he’s put several thousand miles on El Tiki since its completion. 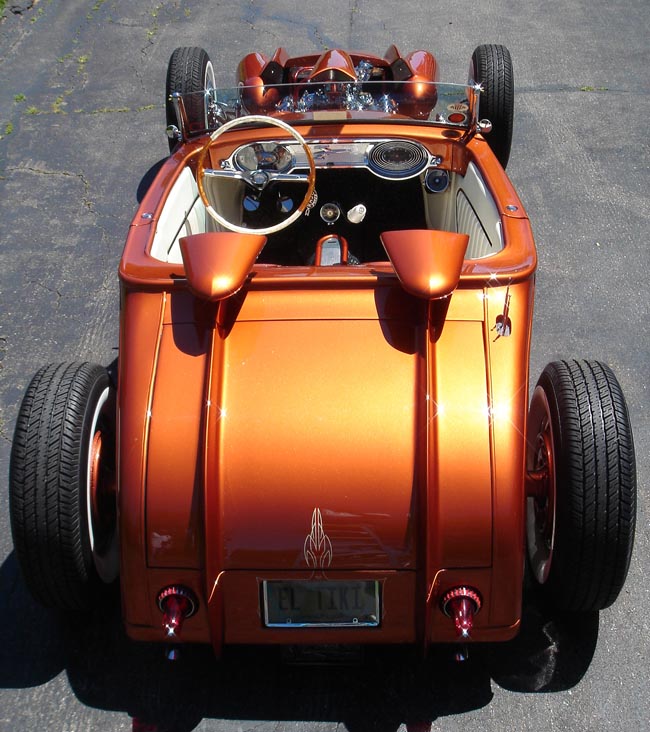 At the World of Wheels El Tiki is just one of many custom, restoration and original vehicles on display at the BMO Centre at Stampede Park. The kids will enjoy seeing Doc Hudson, the Hudson Hornet from the hit movie Cars. And Kane’s Harley-Davidson hosts Motorcycle 2010 with a display of new, custom and vintage machines.