Fiat brand ambassadors with the European version of the 500 at the Venetian Ball in Toronto, Ontario on Oct. 16. 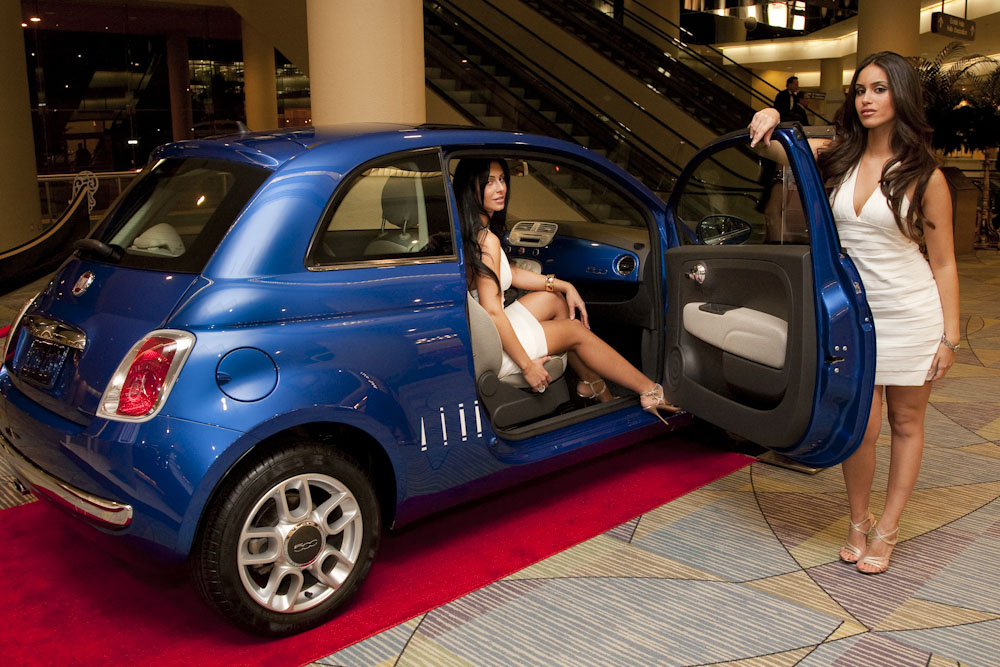 Canada’s selection of diminutive automobiles is poised to become a little bit bigger.
Joining the likes of Smart and Mini is an Italian vehicle that will soon be plying the nation’s roads.
In early 2011 the Fiat 500 is expected, starting with a special edition version of the vehicle – the Prima Edizione.
Interest in the Fiat 500 is impressive. In late November 500 of the Prima Edizione Fiats sold out in just 12 hours during a special online reservation event.
In a news release, Chrysler Canada president and CEO Reid Bigland said: “Frankly, (that) just underscores the interest Canadians have in a youthful, stylish and highly fuel-efficient car. The 2008 European car of the year, the Fiat 500, is just that.”
Fiat purchased a 20 per cent stake in Chrysler late last year, and this move has allowed the Italian maker to return to North America – starting with their 2012 Fiat 500.
Calgary’s Steve Balla is interested in seeing the new Fiat 500 up close. Balla owns a 1949 Fiat Topolino (Italian for little mouse) convertible, a vehicle he found languishing here in the city.
The Topolino was produced between 1936 and 1955, and was powered by a water-cooled 569cc engine. During its era there weren’t many other cars as small as the Topolino. 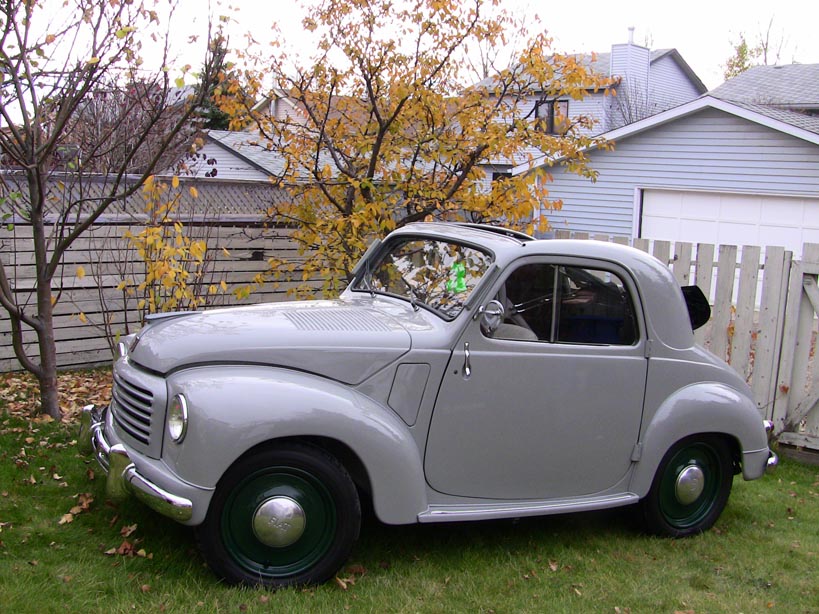 Balla found the Topolino in a Calgary body shop, where it had sat for some 15 years. The car, which had been disassembled and pushed into a corner, was conered in a 2.5 centimetre thick layer of dust. He pestered the owner of the body shop before he finally agreed to sell the car, and what Balla got was the shell and three or four large cardboard boxes of parts.
All that was missing were four connecting rods, and these parts Balla sourced from Switzerland.
“There were only 14,000 original miles on the car,” Balla says. “All I did was put it all back together, everything was there, with the exception of the (connecting) rods.”
Balla is originally from Hungary, and he said the small, urban commuting cars commonly found in European countries simply fascinate him. 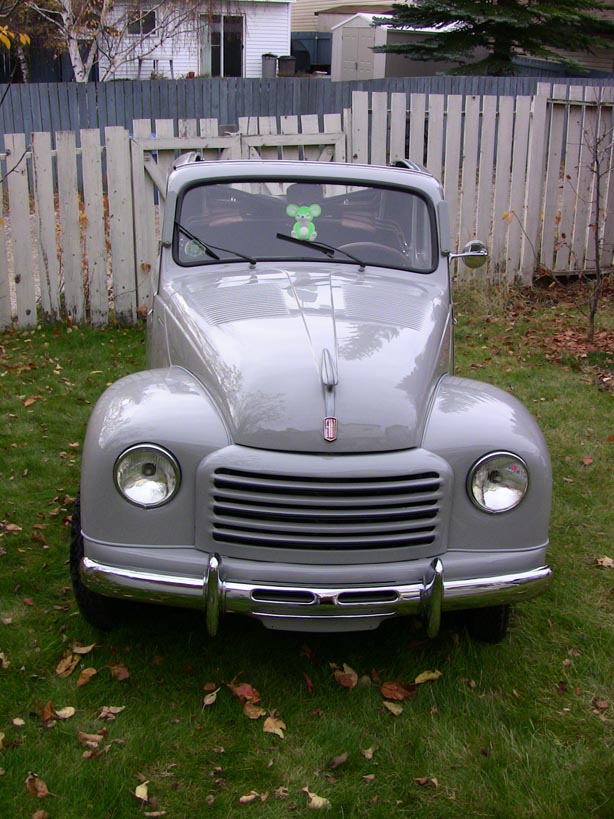 Of the new Fiat 500, he said, “I love it. In a smaller car you’re burning less fuel, and that has a big impact on the environment. Here in Calgary, you see 90 to 95 per cent of the vehicles, often big SUVs, with just one person driving in them and that’s just not necessary.”
Chrysler hopes the Fiat 500 is a winner. First launched in European countries in 2007, the Fiat 500 pays homage to a long line of original ‘500’ vehicles, dating back to 1955.
A three-door, four seat vehicle, the new North American version of the car is powered by Fiat’s own 1.4-litre inline-four cylinder MultiAir engine. This engine will deliver just a hair more than 100 horsepower, and because it is moving a relatively lightweight vehicle fuel efficiency is expected to be miserly. Either a six-speed automatic or a five-speed manual transmission can be had with the car.
Chrysler said every aspect of the Fiat 500 has been put under a microscope and reengineered for the North American market. According to the automaker some adaptations include a redesigned body structure, a retuned suspension system to keep the car comfortable yet nimble, ABS, a larger fuel tank, new driver and passenger seats and an upgraded heating and cooling system.
There will be 14 colours in metallic, non-metallic and premium tri-coat paint finishes, and the interior is offered in either black or ivory. To further individualize each Fiat 500 there is a choice of 11 seat colours and material combinations.
After the Prima Edizione launches, Canadians will be able to get one of three different Fiat 500 models. There’s the Pop, which is the base, yet well-equipped version, the Sport, which features modified springs and shock tuning and distinctively styled front and rear fascias, and the Lounge, which adds some chrome bits and pieces, alloy wheels, leather seats and a host of technology items.
Chrysler says the starting Canadian M.S.R.P. for the Fiat 500 is $15,995.
Thus far, two Calgary dealerships have been named — Eastside Dodge Chrysler Fiat and Renfrew Chrysler Fiat.