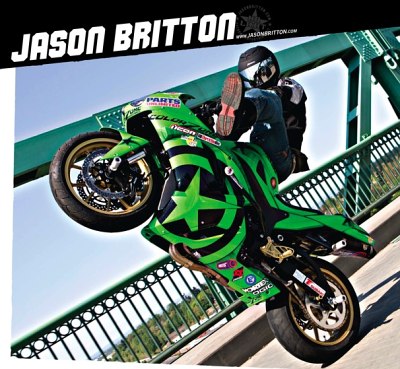 January is a difficult time of year for motorcyclists.
The machines have been serviced and tucked away for their long winter’s nap and riders suffer serious withdrawal symptoms.
But there is something of a cure. It’s called the Calgary Motorcycle Show at the BMO Centre at Stampede Park. Starting today at noon doses of the medicine will be dispensed for $13 – adult admission.
Every major brand from BMW to Yamaha will have models on display, together with custom and vintage machines. It’s safe to say, if it features two wheels, it will be featured at the show. Returning to the Canadian market after more than a decade is Royal Enfield, and Indian is also back in action – both will be on display.
New this year as part of the Motor Madness Thrill Show is Jason Britton – accomplished motorcycle extreme stunt rider and host of Speed TV’s SuperBikes. The Thrill Show features Britton stunting on the cement floor in the Corral and high-flying motocrossers, the FMX Freestyle Team, getting airborne with their aerial acrobatics.
We recently caught up with Britton at his No Limit Motorsports shop in Los Angeles. As air tools chattered in the background Britton chatted on his cell phone about his passion for motorcycles and his unique extreme stunting techniques.

Q: Your website says you were riding at age two – do you remember the experience?
A: I remember it very clearly. My dad sat me on a motorcycle (a small semi-automatic Honda Trail 50), and his intention was to scare me – he started it and revved it up, and it was the most exhilarating experience of my life; it was the beginning. I was already able to ride a bicycle, and my dad thought he’d put the bike in gear and roll me down the driveway. I just rolled on the throttle and rode it around my uncle’s land until it ran out of gas and then I cried like the baby I was.
I’d been on bikes and ATVs with my uncle, and I had enough knowledge to know you twist the throttle and go.

Q: Who is Jason Britton?
A: Just a regular guy with a passion for motorcycling and the motorcycle industry – it’s a joy of bikes, really. It’s either in your heart and it’s a passion or it’s not. Motorcycling is not something I feel I’d want to be without.

Q: From BMX and motocross to street riding – was the stunt profession a natural fit?
A: I rode anything I could get my hands on, and I rode it on the edge of my skill level and the bike’s limitations, always pushing the envelope. It was a pretty simple progression, as I would quickly find my way to the bike’s limits.
I took my stunt riding skills from all aspects of two-wheeled sports, BMX, motocross and roadracing. I combined all of the skill sets and brought them into stunt riding. Acrobatics, wheelies, stoppies, burnouts, drifting – it takes a lot of different skill sets to master.

Q: What is your role with the TV show SuperBikes?
A: I’m the host of SuperBikes on Speed TV and I travel the world exploring the sport bike culture and lifestyle. There are so many different types of people who ride motorcycles, and no matter where you go it’s all two wheels and one love. There’s an enthusiast niche scene just about everywhere – it’s an international language, motorcycling is.

Q: Do you have a favourite episode of SuperBikes?
A: My favourite is the neck and back surgery episode (Britton required extensive surgery to rectify spinal cord issues that were leading to paralysis). That episode really opened my eyes to the reality of it all and helped me to step back and look at my family and see what they go through when I’m on the bike. Crashes over time had taken a toll, and my vertebrae were pushing into my spinal cord. I did have some paralysis on my left side, and my doctor said I was one step away…

Q: You also executive edit 2Wheel Tuner magazine – what kinds of stories do you feel are important to share with readers?
A: The ones that stress the reality and the dangers of motorcycling if you aren’t aware of your surroundings, and the fact that safety gear can save a life.

Q: How safe is stunt riding, and do you feel a responsibility in promoting safety?
A: I feel a responsibility because I have an influence over a large number of people. Stunt riding is dangerous but in the proper setting it’s not too bad. Most of the stunts we do are performed at slow speeds. Obviously, you shouldn’t be stunting on the street. I encourage riders to find a location where they can ride and not be hassled, and not destroy the environment where they are riding.

Q: What is involved in making one of your extreme videos?
A: At this point we have so many different locations where we’ve ridden, and the videos are compiled from different shoots. There was a time when we used to shoot in traffic and unsafe areas – but I saw it was a dead end and shifted gears and started performing in a more professional form, where people could enjoy watching from the sidelines as opposed to in traffic.
I wouldn’t even consider stunting in traffic now, but I know there are those who do and they have no regard for public safety or their own safety. At one point I saw that as something that was okay to do, but I figured I’d rather shift the influence and set a better example.

Q: What does ‘extreme’ mean?
A: We use that term to describe something that’s over the top and not the ordinary – not in the ordinary scope (of riding a motorcycle).

Q: Do you have a favourite ride or road that you like to experience?
A: I hop on the bike to run back and forth to the shop, and I like the Pacific Coast Highway – the road’s calm and soothing with some twisty turns but it’s not like a racetrack.
If I want to shake the cobwebs I’ll go to a track and take my time getting up to speed. The Willow Springs Raceway in Rosamond would be my favourite track.

Q: What’s next for Jason Britton?
I’ve opened a motorcycle shop and I’d like to open a few more. We do parts and accessories and service – we’re your friendly neighbourhood motorcycle store. We’ll do anything from sport bikes to cruisers.
I’m becoming more and more involved in car stuff, four wheel motorsports. I’m not thinking of crossing over, but I’m not sure where that might lead.

Britton is looking forward to performing in Calgary. He was here last January but wasn’t able to perform due to his surgeries. But he did check out the Corral, and of the location he says: “It’s a pretty slick indoor venue.”
Check www.calgarymotorcycleshow.ca for more show details. The Calgary Motorcycle Show runs today noon to 9 p.m., Saturday 10 a.m. to 9 p.m. and Sunday 10 a.m. to 5 p.m. Admission is $13 for adults, $9.50 juniors (9 – 15), free for children under six when accompanied by an adult and $35 for a family pass (two adult and two junior).