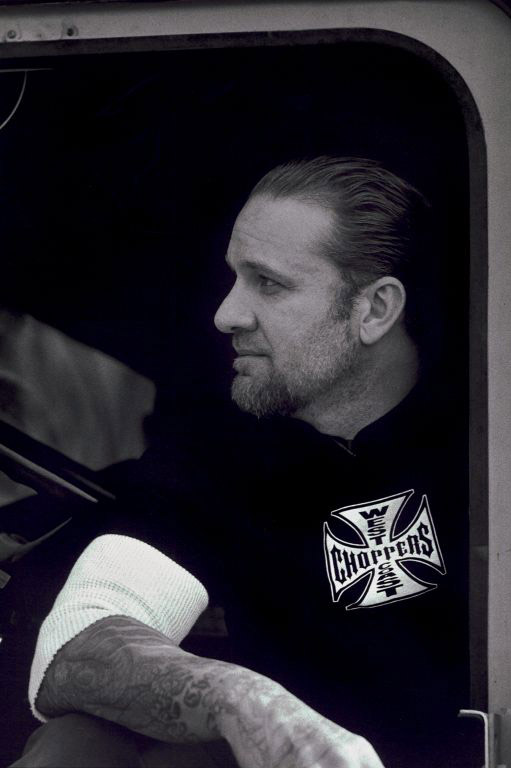 The outlaw Jesse James did things his own way.
And so, too, does his namesake, Jesse James of West Coast Choppers. And yes, they’re related.
Present day James, from Long Beach, Calif., has worked hard to build his custom motorcycle company into one of the biggest names in the industry (www.westcoastchoppers.com). They build a small number of machines for a select clientele. West Coast Choppers, besides building bikes, manufactures a large range of motorcycle parts including fenders and exhaust systems.
Both backyard custom builders and professionals alike use these parts to create their own unique rides.
Now that the shop is a success, James has branched out with his own production company and films the stories he wants to tell. He is also a restaurateur. James recently opened his Cisco Burger joint just a few doors down from West Coast Choppers in Long Beach.
While James came across as gruff and tough on his Discovery Channel television show Monster Garage, he really is down to earth and humble about his abilities.
James was in Calgary last weekend as part of the King of Customs Motorcycle Show (www.kingofcustoms.ca) at the Roundup Centre. We caught up with him there.

Q: When did you first realize you were a gearhead?
A: I used to go out to Riverside and ride a minibike — I think I was eight years old. My chain came off out in the middle of nowhere once, and I got the chain back on the rear sprocket using a rock as I slowly turned the wheel; after that, I said, okay, I’m a mechanic.

Q: When did you become a horsepower junkie?
A: All through high school I worked as a Volkswagen mechanic. One day I bought a Chevelle at a lien sale and it had a 396ci motor. After driving that, I thought I’ve spent all this time and money trying to make VWs go fast and I could have been doing this the whole time? I got my first big Harley, a 1970s FLH, when I was 16. I was riding that down the freeway and looked down and watched the grooves in the highway fly past underneath me — the pipes were so loud and I felt like I was riding a bomb; after that, I was addicted.

Q: How did you learn to weld?
A: I was 13 years old and a freshman in high school. I was in metal shop, and my teacher showed me how to gas weld steel. I was instantly good. The welds had good penetration, and the beads looked great. I used to take everybody else’s welding tests for $10 each; everybody else in the class was a stoner making bongs or something and I was the only one taking it seriously. There were maybe 40 kids in the class and my teacher would come and sit right in front of my desk and he’d talk to me as if I was the only one in the class. I still have the first thing I made of metal, it was a dustpan.
Soon after that California enacted a proposition that cancelled trades education in schools. I’d just found a reason to go to school and then the class was cancelled. That’s when I got a job at the VW place.
Next door to the VW shop was Roger’s Radiator Repair, and he also taught me how to braze and do other things.

Q: I’ve heard you say there are two types of people in the world — those who can weld and those who can’t. What do you mean by that?
A: If you’re a welder, you get it. If you’re not, you’re like what’s he on about. I can’t talk when I’m welding, and I’ll stop breathing sometimes when I weld so I can stay steady. You’re harnessing 1,800-degree heat and you’re melting metal together; I find the act of welding is almost soulful. I’ve taught a few people how to weld, and it’s life changing for some of them.

Q: Your first customizing job was a bicycle when you were in grade seven — what can you tell me about that?
A: My dad was an antiques dealer, trading mostly American oak furniture. But he had a contract with TGI Friday’s, and he’d travel around buying antiques for display in the restaurant chain. I bought a 1930s straight-bar Schwinn bicycle, and did a lot of work to it with paint and chrome. I had about $100 into it, and I took it to an antique show with my dad and sold it for $900.
If you think about it, I’m still doing the same thing. I take a stack of $300 steel, and turn it into a $100,000 product.

Q: You must have several cars and motorcycles to choose from — but what’s your favourite ride?
A: That’s my 1954 Chev. It’s kind of beat up and it’s got a junkyard 307ci motor in it; I have no idea how many miles are on that. But my son and I just went on a road trip, and we put 800 miles on the ’54. We killed a battery and blew a freeze plug that we fixed at the side of the road — it was the best father and son bonding experience.
There’s just something about that car, it’s like an old La-Z-Boy recliner. It’s not the nicest piece of furniture in the house but it’s the most comfortable. You could spill a Coke on the paint and not freak out.

Q: What’s next for Jesse James? What’s the Green Scream?
A: I’m going to break the land speed record in the Green Scream, a hydrogen-fuel powered vehicle. This started out as a TV project, and it’s been stalled for a bit, but I’ve made up my mind to finish it and break the record. We’re running a big-blcok twin-turbo Chev (640ci) that’s designed to produce zero emissions. It’s powered by hydrogen gas converted from water. We blew up five motors trying to figure this out, because the stream of hydrogen gas wants to ignite all the way back into the intake. We had to design an ignition that sputters, and the motor makes 804 horsepower on the dyno — that’s triple what anybody else is making with hydrogen gas and in theory it should go 300 mph. I’d like to break the land speed record, and that’s what’s next for me. 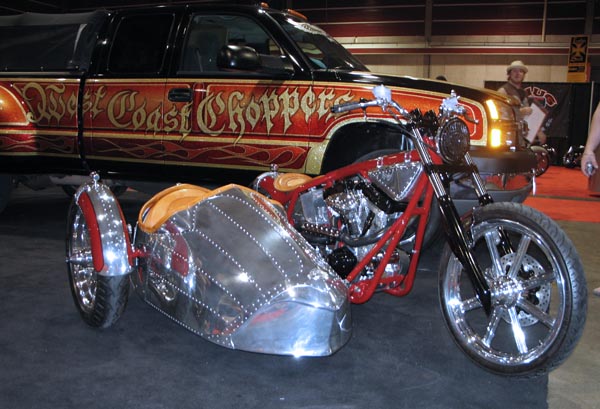 This story first published in the Calgary Herald, Driving.ca section May 23, 2008.