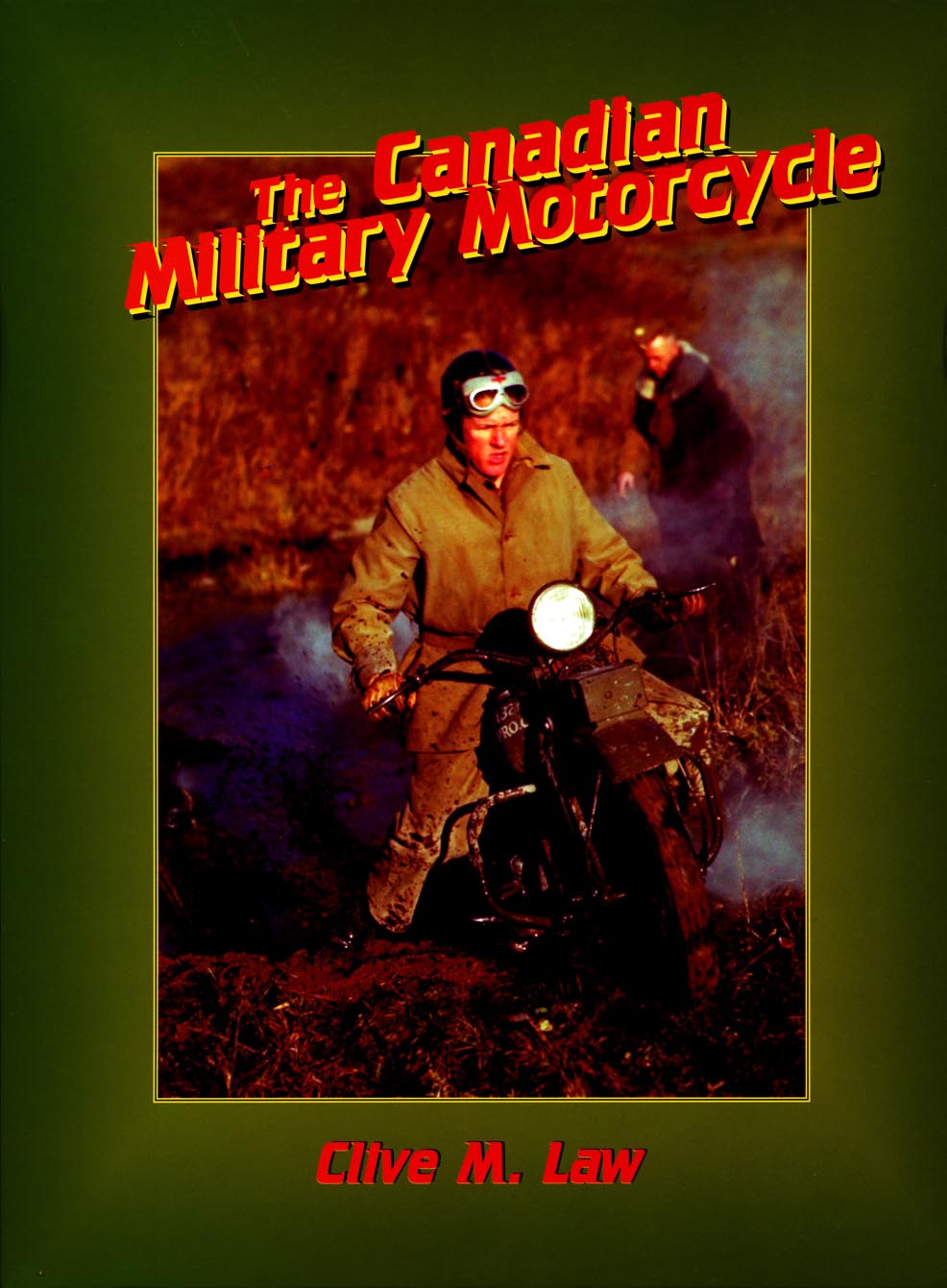 First published in Inside Motorcycles August 2010.

During the Second World War the Canadian military trained thousands of dispatch riders and motorcycle mechanics. Most of those trainees are now no longer with us. But in 1993 Max Burns and Ken Messenger penned the Winged Wheel Patch – an important book that shone a spotlight on the men who rode two-wheelers in the Second World War.

The Winged Wheel Patch is long out of print, but now there is a new major work for Canadian military/motor history buffs. Author Clive M. Law has written The Canadian Military Motorcycle, a book that focuses solely on the machines themselves. Law logically starts at the beginning, with ‘the first recorded use of a motorcycle as an item of military utility’. This happened in 1908 when a quartermaster-sergeant in Winnipeg showed up at camp with a Harley-Davidson and sidecar, equipped with a machine gun.

From his First World War chapter Law moves on to document the motorcycles used by the Canadian military, and delves deeply into not only the various makes and models, but also the requisite markings, regiments, clothing and training schools. Law’s writing is clear and concise. The 196-page hardbound book is packed with more than 450 photos, and each one is accompanied by a written comment. The photos and other documents throughout the book are fantastic testaments to the military motorcycle, and even though Law doesn’t focus on the men, it’s impossible to view such images without remembering the motorcyclists as well.