We were at a wedding a couple of weeks ago. At the post-nuptials dinner I got talking with Josephine Lampel, and the conversation, as it is wont to do, soon turned to motorcycles.

She asked if I’d ever heard of Ariel motorcycles, and I said, yes, of course. Lampel then spoke about an Ariel 650 she and her husband had in the late 1950s and early 1960s. John Lampel sold the Ariel in the early 1960s, but he’d liked it so much he often spoke about the machine, right up to his death. And that got Lampel thinking. If John liked the bike that much, why not have ‘Ariel’ inscribed on his headstone?

However, she was unsure of the correct spelling, so she phoned around to some of the local bike shops — where she learned none of the youngsters working at any of them had even heard of Ariel. Eventually, she got it sorted, and now John Lampel’s tombstone has the word Ariel prominently displayed. I asked if Lampel had any photos, and she said she could dig some out. Here, then, are some shots of John Lampel with his Ariel 650 twin. Check out the custom touches, including chrome on the nacelle, the bobbed front fender, and the wild stems on the mirrors. The final photo was shot somewhere in Manitoba, and it shows a clean pre-unit Triumph racing machine. 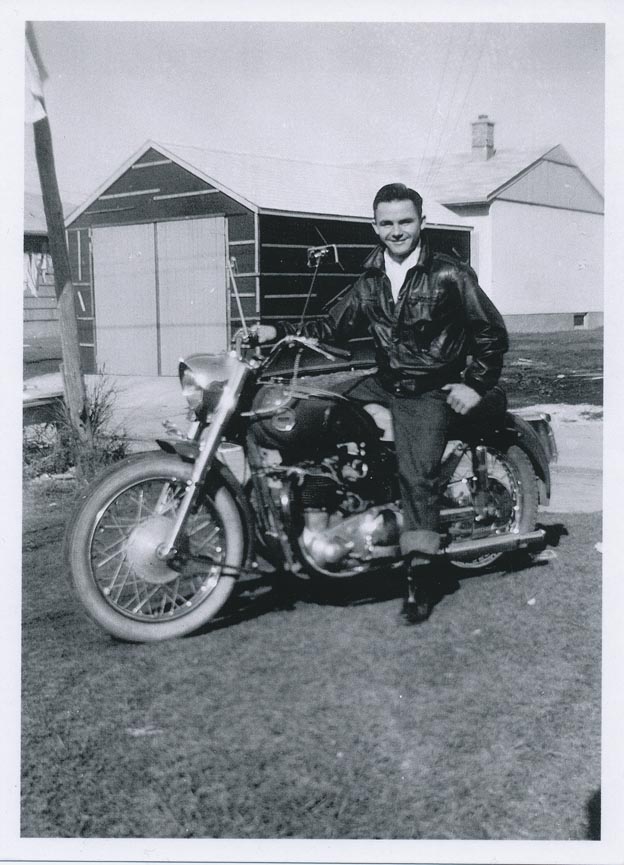 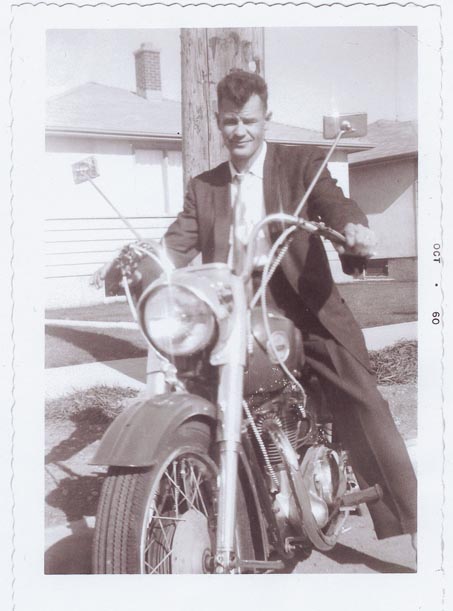 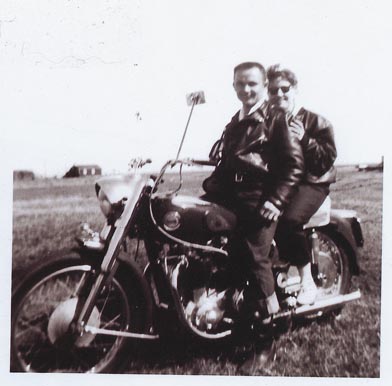 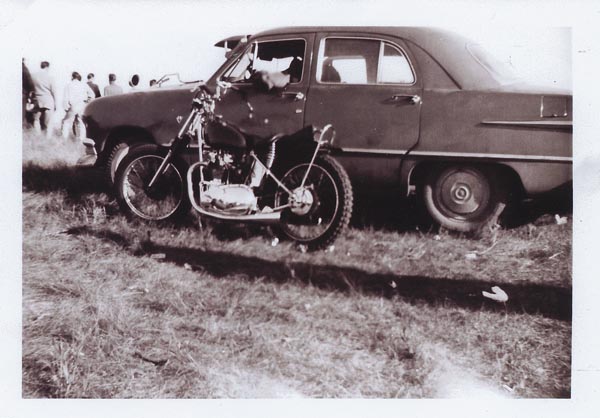