Several years ago, I came across a brochure for Tralette trailers. It piqued my interest, and in the fall of 2007 I pitched the idea of researching and writing a column about some of the interesting old pieces of advertising I’ve discovered for The Antique Motorcycle magazine. This glossy publication is essentially the newsletter of the Antique Motorcycle Club of America, and the column became Pulp Non-Fiction, and I’ve penned more than 50 of them.

However, the research team at American Pickers came across my work regarding the Tralette, as Mike and Frank discovered a single-wheel Tralette trailer. Happily, I was able to provide scans of the brochure — some of which were recently seen on an episode of American Pickers.

Here’s the original text of my first column for The Antique Motorcycle, plus the brochure scans for anyone else interested in Tralette.

With the increasing interest in motorcycles at the turn of the last century, many ingenious solutions were arrived at to help make a two-wheeler more utilitarian. Sidecars, for example, allowed owners of these less expensive modes of transportation the ability to move either family or gear.

Trailers, too, help increase the carrying capacity of a motorcycle, and the unit offered by the Tralette Division of the Penninsular Metal Products Co. of Detroit, Michigan, is an interesting example. 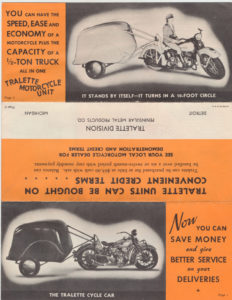 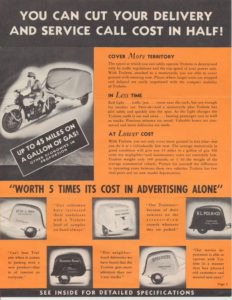 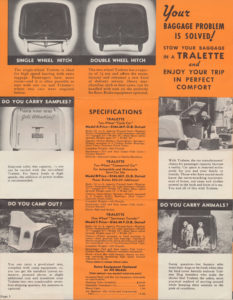 From what little can be learned about the Tralette, it would seem to have been produced for only a few years in the late 1930s, possibly from 1936 to 1939. According to AMCA archivist Bruce Linsday, the motorcycles attached to the Tralette in this undated brochure are a 1938 Harley-Davidson UL and a 1938 Indian Chief – thereby giving some indication to the year of manufacture.

According to the brochure, ‘Now you can save money and give better service on your deliveries’, and, ‘You can have the speed, ease and economy of a motorcycle plus the capacity of a 1 / 2 ton truck all in one Tralette motorcycle unit’.

Tralettes were available as a two-wheel unit for motorcycle use, or as a single-wheel unit for towing behind an auto. For towing behind a motorcycle, a special feature of the Tralette was its hitch. When attached, the trailer held the motorcycle upright, and was suggested the unit could be: ‘On or off in 3 minutes. The Tralette Hitch, is simple and effective. The Motorcycle Hitch requires only the simple insertion of a king-bolt – the tightening of a nut – and you’re off’.

Three models were available, the Tralette Two-Wheel “Cycle Car”, Two-Wheel “Commercial Car” For Automobile and Motorcycle Servi-Car Use and the One-Wheel “Sportsman Traveler”. Specifications for all are much the same, with the exception of the hitch – the Cycle Car hitch was available for Indian or Harley-Davidson, while the Commercial Car had ball and socket style, and the Sportsman Traveler had a cross bar with bumper clamps.

With a Tralette, the sales pitch stated: ‘Your baggage problem is solved! Stow your baggage in a Tralette and enjoy your trip in perfect comfort’. 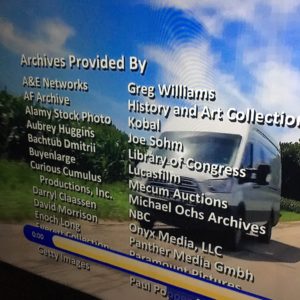