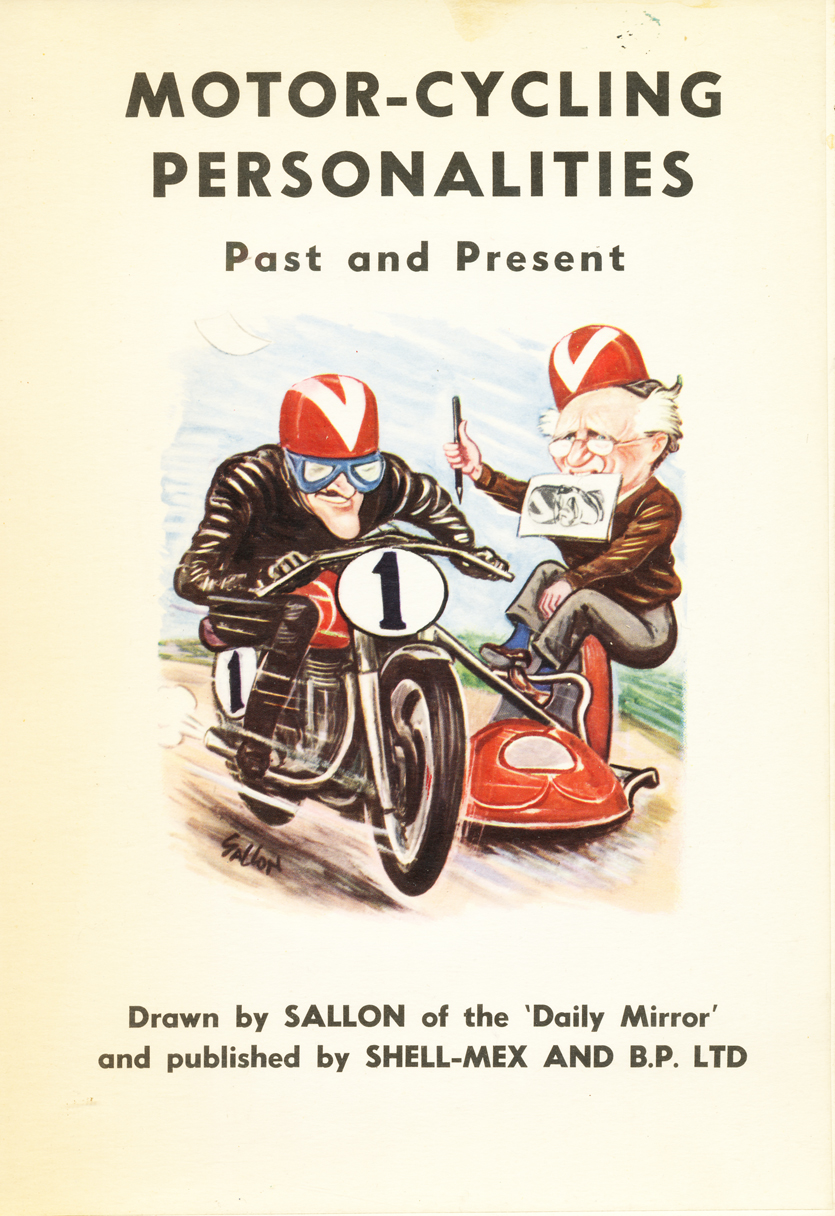 On the bookshelf of J.B. Nichoslon, author of Modern Motorcycle Mechanics, was found this amusing little book: Motor-Cycling Personalities Past and Present.

The book is filled with caricatures drawn by Sallon of the Daily Mirror, and was published by Shell-Mex and B.P. Ltd. in May, 1957. The book was printed as a tribute to the greats of the motorcycle industry.

A brief Foreword states: “Last October we published a book containing caricatures of well known motor racing drivers, past and present, to mark the 60th anniversary of the British Motor Industry. This was so popular with motor racing enthusiasts that we have decided to follow it with a companion volume of famous motor cycle personalities.

“This year happens to be a double jubilee, since it is not only the 50th anniversary of the Isle of Man T.T. Races, but the 25th anniversary of the existence of Shell-Mex and B.P. Ltd, who have throughout the years supported the T.T. races by providing petrol and motor oil to suit the exacting demands made upon racing motor cycle engines.

“All the caricatures which are once again drawn by Sallon of the ‘Daily Mirror’ are of motor cyclists who are still living. The only exception to this is Joe Craig, well known to all motor cycling enthusiasts as ‘the Professor’. We learnt with great regret of his death after the original caricatures had been made.”

Drawings of Alec Bennett, Joe Craig, John Surtees and Stanley Woods are just four examples of the 54 caricatures found in the book — what a gem! 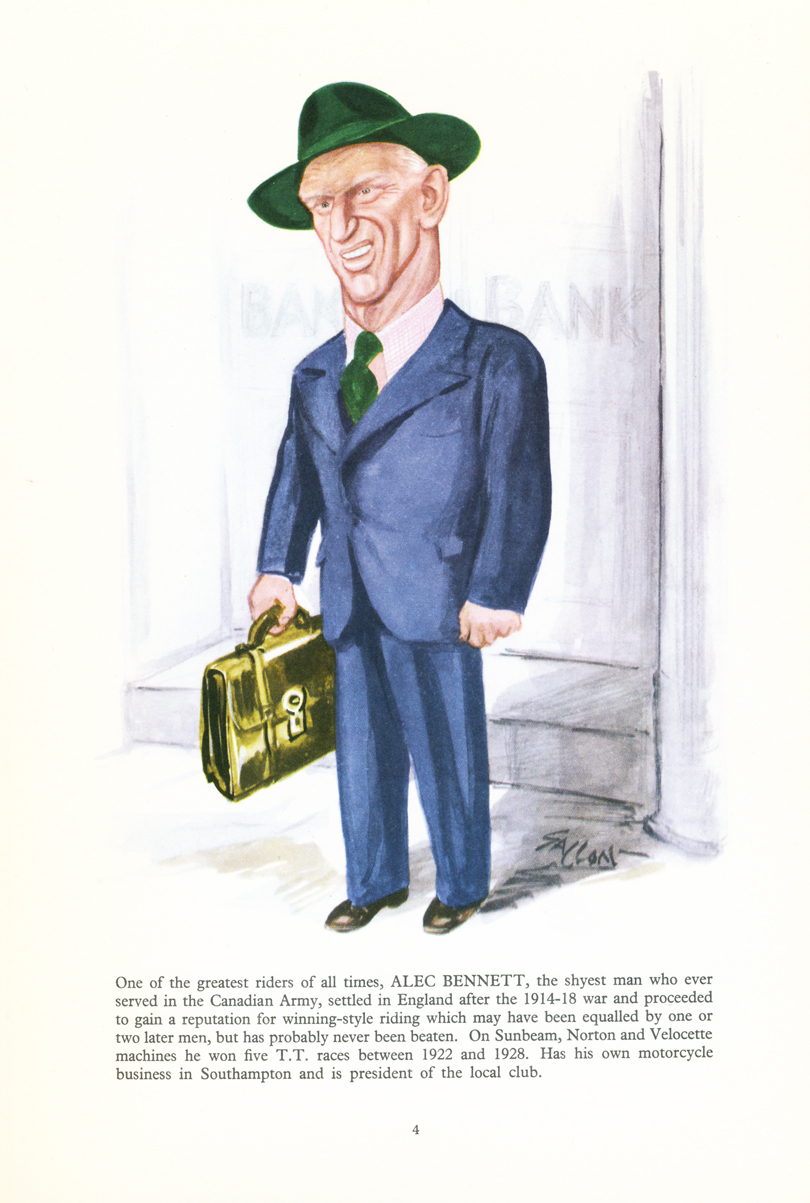 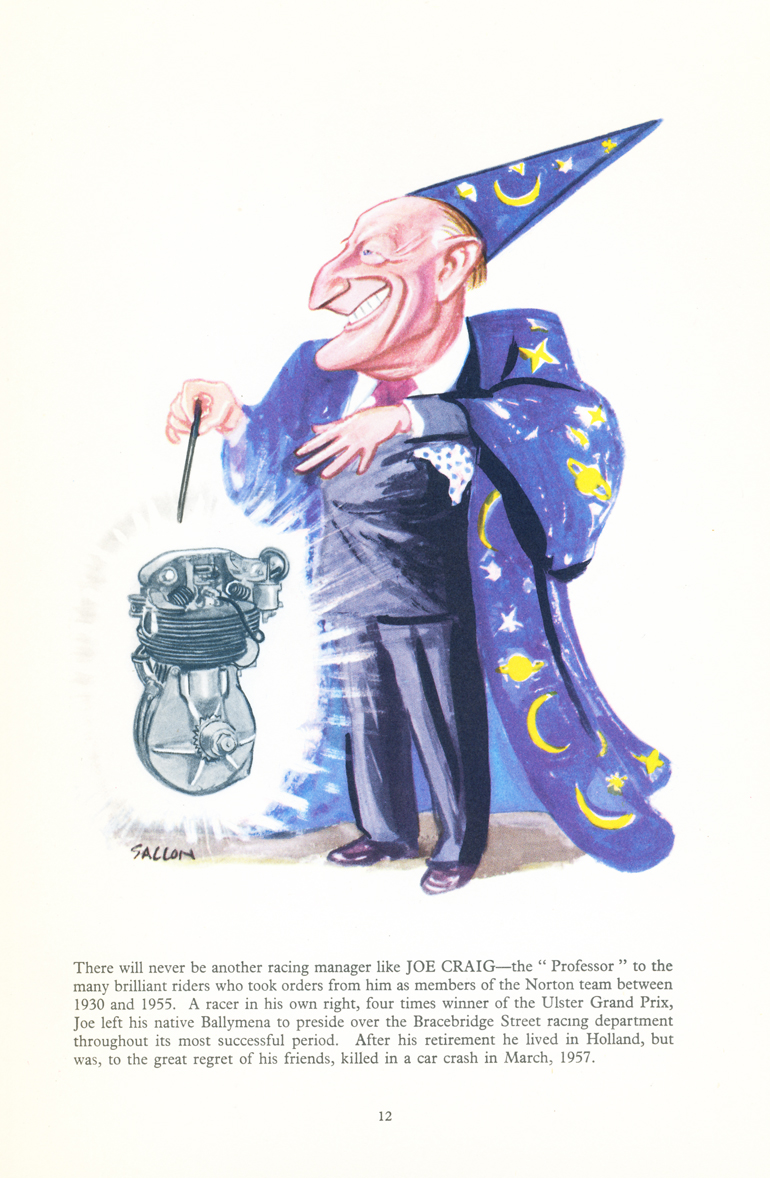 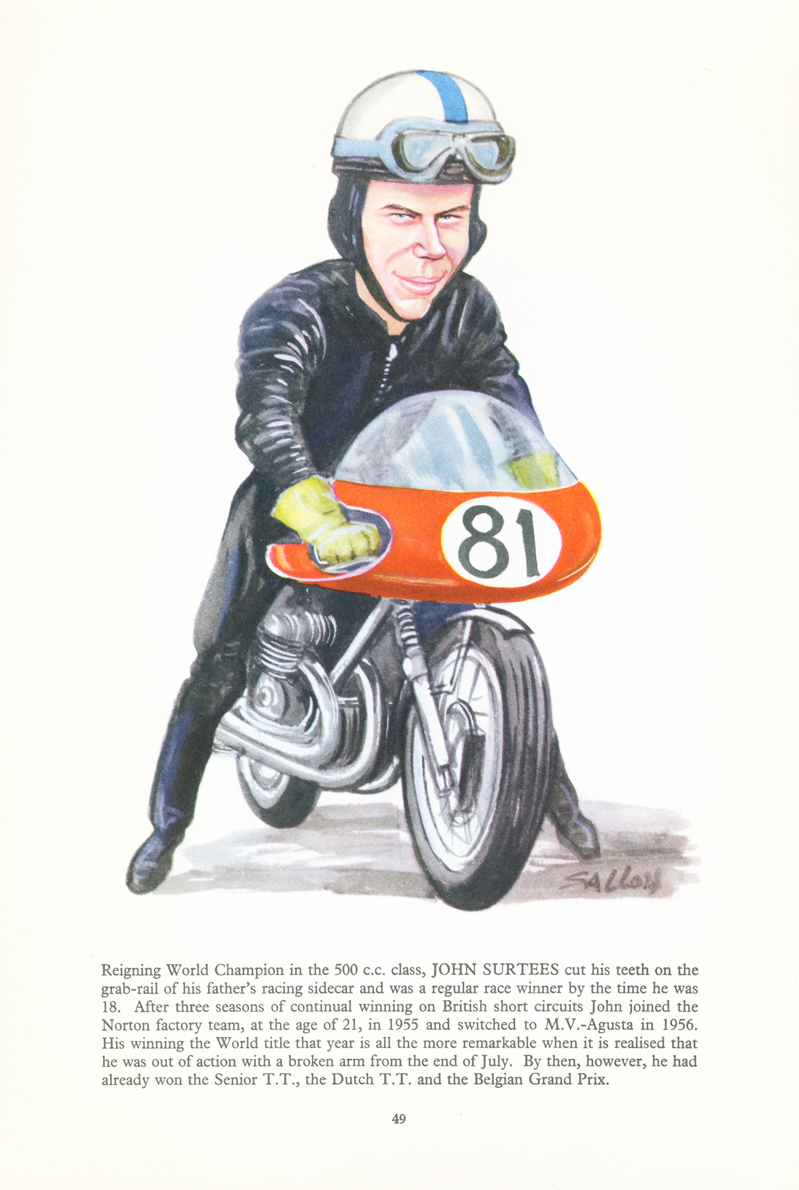 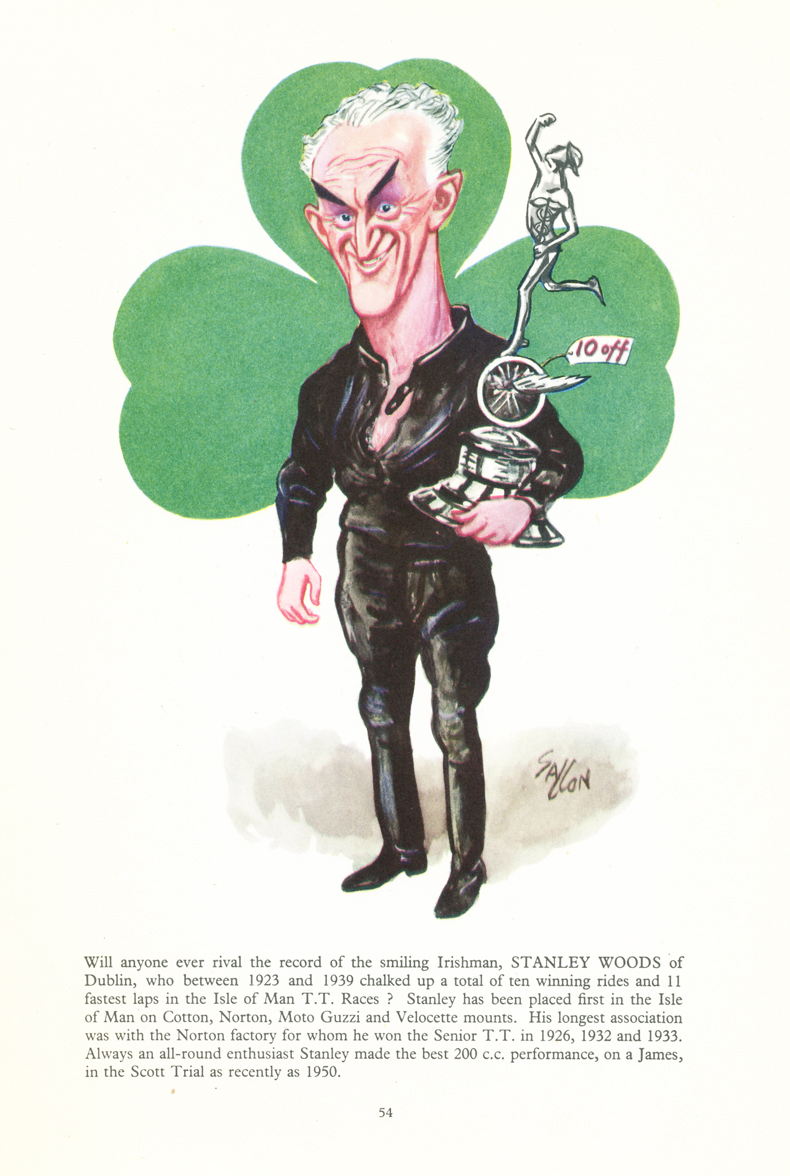