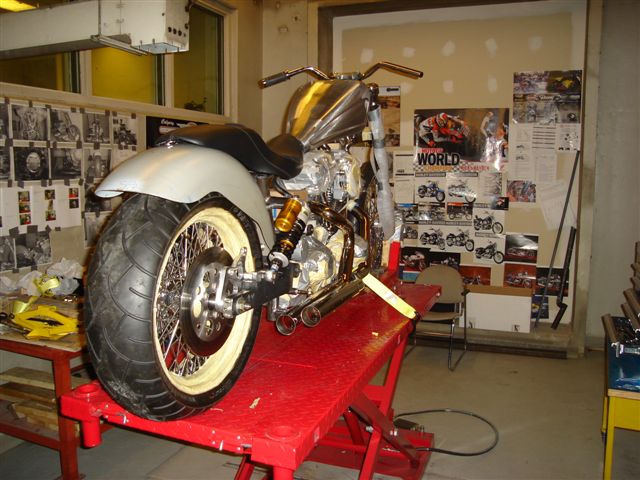 There’s no television crew, and there’s no $100,000-plus budget. But sparks are flying and gears are turning in the corner of a SAIT shop as work continues on a custom motorcycle. When completed, the machine will highlight the majority of the trades in the Manufacturing and Automation department at SAIT.

“Our dean (Brad Donaldson) basically challenged us to try and come up with something that would promote the department and what we do,” says SAIT millwright instructor Richard Burgess. “I thought about it for a day, and then blurted out the idea to build a custom bike.”

According to Burgess — who says that judging by the amount of Orange County Choppers and West Coast Choppers hats and T-shirts he sees on campus — many students and instructors are interested in custom bike building.

Read the rest of the column in the Calgary Herald, click here…